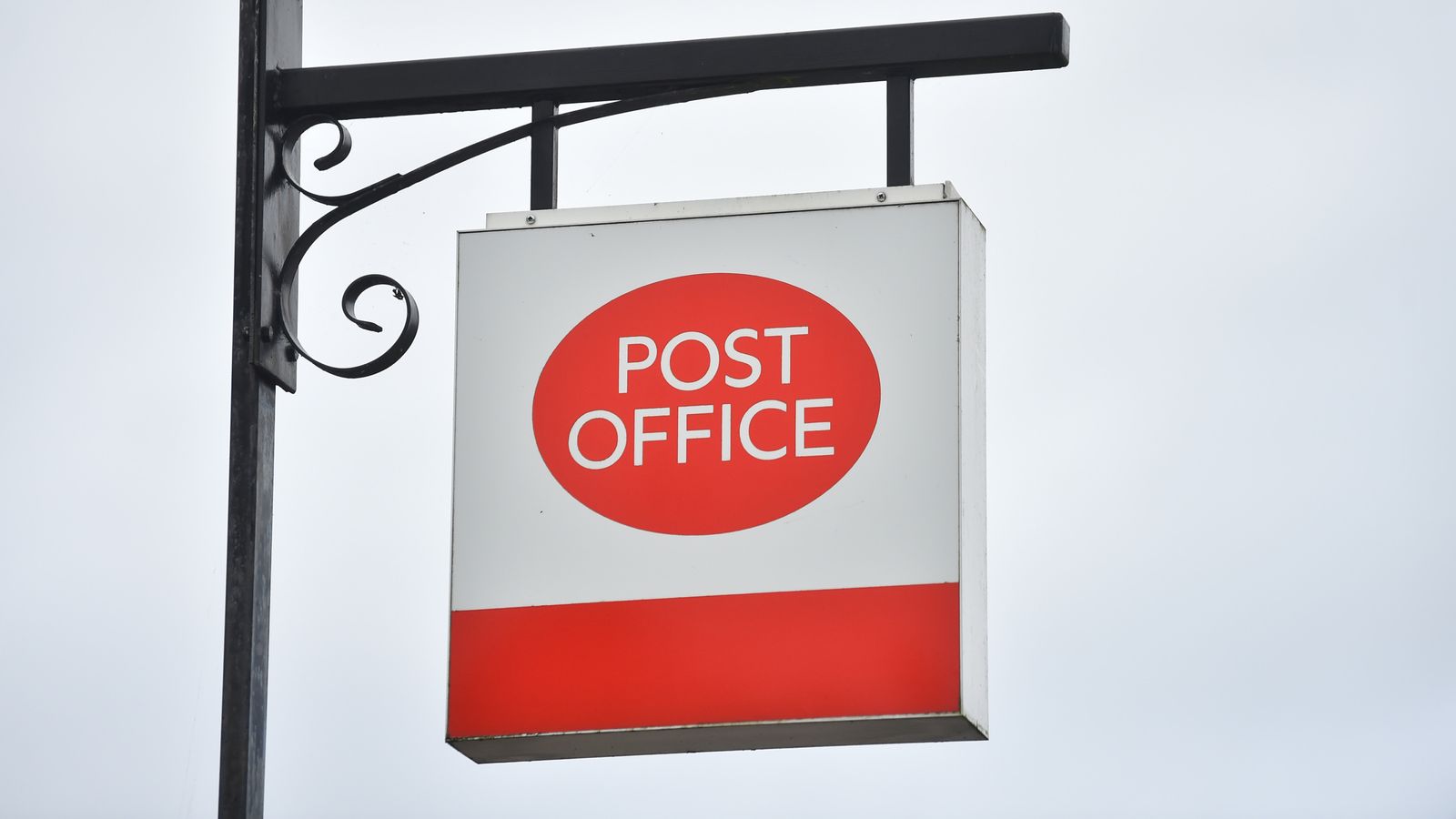 The Post Office will this week outline plans to hand two board seats to serving postmasters as it seeks to draw a line under the IT scandal which saw managers wrongly sent to prison.

Sky News has learnt that the government-owned company will announce on Monday that a committee of independent businesspeople is being set up to oversee the board appointments process.

Sources close to the Post Office said it had lined up James Lowman, head of the Association of Convenience Stores; Co-op Group finance chief Shirine Khoury-Haq; and Jean Church, council member at the Institute of Directors to ensure “a transparent and independent selection process”.

The postmasters’ appointment will be the first time that they have had direct board representation in the Post Office’s 460-year history.

An insider said the application process would be open for four weeks, with the successful applicants joining the board in April.

Business Secretary Alok Sharma will be required to approve the appointments because of his department’s oversight of the Post Office.

The decision to appoint two postmasters as non-executive directors – rather than the one originally envisaged – would “strengthen their input on all issues as they help shape the future direction of the Post Office”, the insider said.

The move marks part of chief executive Nick Read’s attempt to reset the company’s relationship with its army of postmasters following one of the most disgraceful corporate episodes in recent times.

Relations between the company and its postmasters were strained for years by a scandal involving the use of a faulty IT system called Horizon, which led to some branch managers being wrongly accused of theft, fraud and false accounting.

A small number of sub-postmasters were sent to prison, while others were declared bankrupt over the affair.

In December 2019, the Post Office agreed to pay nearly £58m to settle a legal claim brought by 550 sub-postmasters.

At the time, the network, which has around 11,500 branches across Britain, apologised, with Mr Read’s predecessor, Paula Vennells, targeted with particularly fierce criticism over her handling of the crisis.

Last May, it launched a scheme to provide redress to current and former postmasters who were not part of the litigation settlement but who believe they were adversely affected by earlier versions of the Horizon computer system.

Six former sub-postmasters recently had their fraud convictions quashed, and campaigners are demanding further redress for those affected.

The newly appointed directors will have a remit to represent the interests of postmasters, who manage individual branches or small groups of them.

The Post Office is an entirely separate company from Royal Mail Group, which was privatised in 2013 and floated on the London Stock Exchange.

The two businesses have a close commercial relationship, although it is no longer being conducted on an exclusive basis, with the Post Office now able to work with other parcel delivery groups.

Mr Read is also focused on delivering a renewed partnership with Britain’s major banks and building societies, while its travel and bill payment services are also expected to receive substantial investment.

He is in talks to sell its broadband arm to Shell, while its insurance business is also likely to be offloaded.