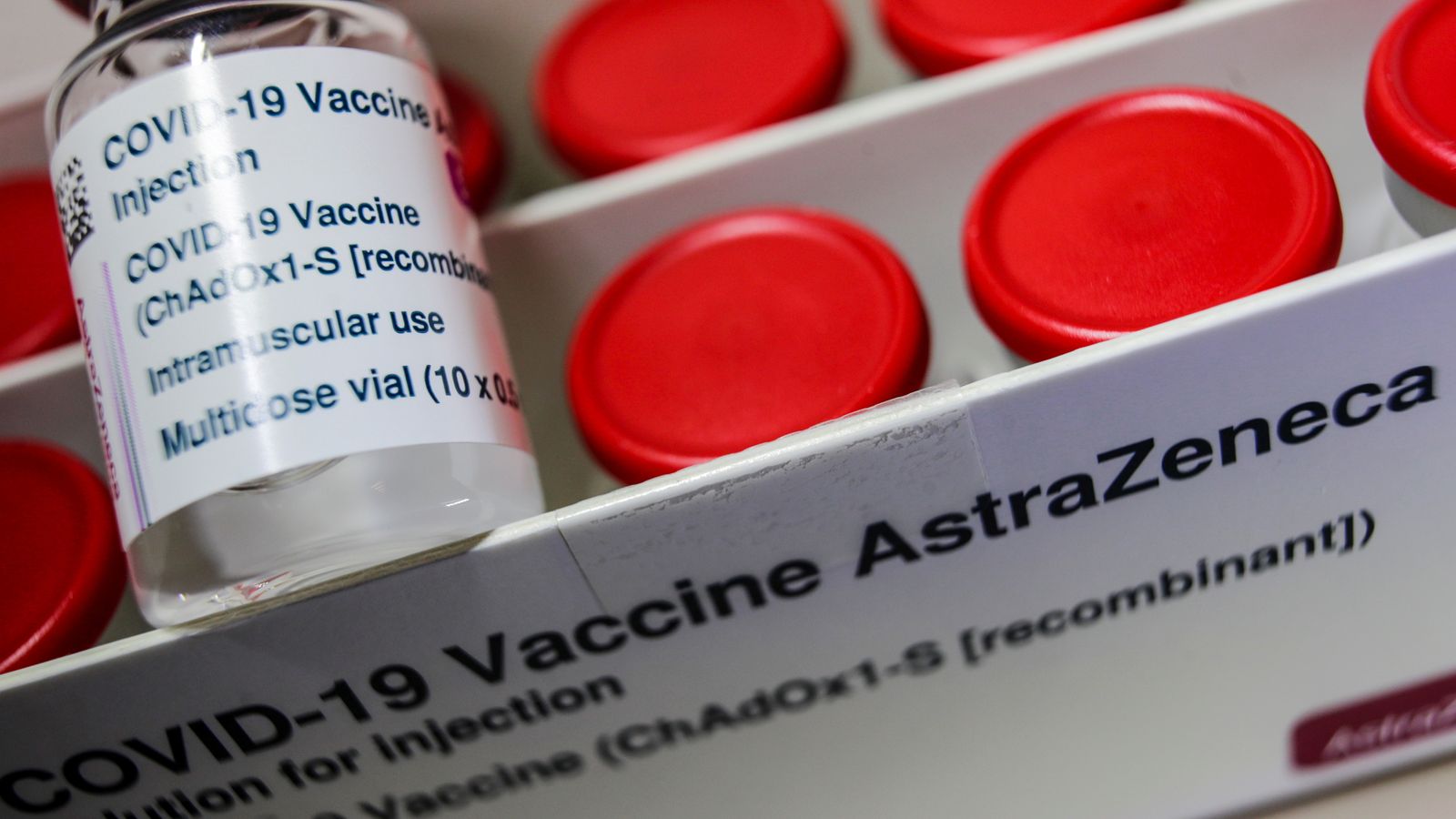 Italy, Latvia and Lithuania have said they will resume using the Oxford-AstraZeneca COVID vaccine after the European medicines regulator declared it was “safe and effective”.

Sweden says it will take a decision about its paused rollout next week.

Around a dozen European countries had suspended its use earlier this week after reports of rare blood disorders in a handful of people who had recently received the jab.

Live COVID updates from the UK and around the world

The European Medicines Agency (EMA) said the benefits outweigh the risks – and the vaccine is not linked to an “overall risk” of blood clots.

However, the agency’s safety committee has also said it can’t rule out a potential link with a “small number of cases” of a rare clotting disorder occurring after the vaccination.

It has therefore recommended governments “raise awareness” of the possible effects by including them in product information.

“Drawing attention to these possible rare conditions and providing information to healthcare professionals and vaccinated people will help to spot and mitigate the possible side effects,” said EMA executive director Emer Cooke.

Earlier on Thursday, the UK’s medicines regulator said people who experience a persistent headache for more than four days after the jab should seek medical attention, as should anyone with bruising in places other than the site of injection.

The Medicines and Healthcare products Regulatory Agency (MHRA) said this new advice was a “precautionary measure” after a “very small” number of reports of sinus vein thrombosis (CVST) occurring with thrombocytopenia after the vaccine.

CVST is an extremely rare form of blood clot, while thrombocytopenia describes a low number of platelets – the cells that help clot blood.

Concerns about the vaccine were initially raised after a report from the Norwegian Medicines Agency revealed blood clotting events in four adults who had the COVID jab.

AstraZeneca also said after a thorough review of its COVID-19 immunisation data, that it found no evidence of any increased risk of blood clots in any age group or gender in any country.

The World Health Organisation (WHO) added its weight behind the debate ahead of the EMA’s announcement, urging countries to continue using the jab.

In the UK, there have been five cases of these co-occurring conditions reported to the MHRA after vaccination.

That’s a rate of one in one million vaccinated people. The MHRA said this could also naturally occur whether people have had the jab or not, or if they have COVID.

Analysis: Trust in AstraZeneca’s jab may still be hard to overcome in some EU nations
By Michelle Clifford, Europe correspondent

The EMA’s conclusion that the AstraZeneca vaccine is safe was widely expected. The European regulator had already said this week that the benefits outweighed any risk.

But experts still had to look at the reported cases of blood clots in those who had the jab in Europe, case by case.

It was, the EMA said, not just an issue of safety but of public confidence – and the issue of trust may yet prove hard to overcome in many nations.

The decision early on by Germany and France not to give the jab to the elderly led to questions and nervousness amongst many in the wider population. It wasn’t hard in EU vaccine centres to find people asking for an alternative.

And the blood clots development – although now scientifically dismissed (except in a tiny number of very rare cases which are still being examined) – may leave a sense of worry among those waiting their turn for a vaccine.

The EMA said European nations who had halted the vaccine rollout could now take an informed decision about whether to restart.

But there’s still the issue of supply which has led to rancour between the EU and UK. European Commission President Ursula Von Der Leyen threatening to block exports across the channel because of a need at home. She accused AstraZenenca of failing its commitments to meet EU vaccine orders.

Even if it does now, will everyone want them?