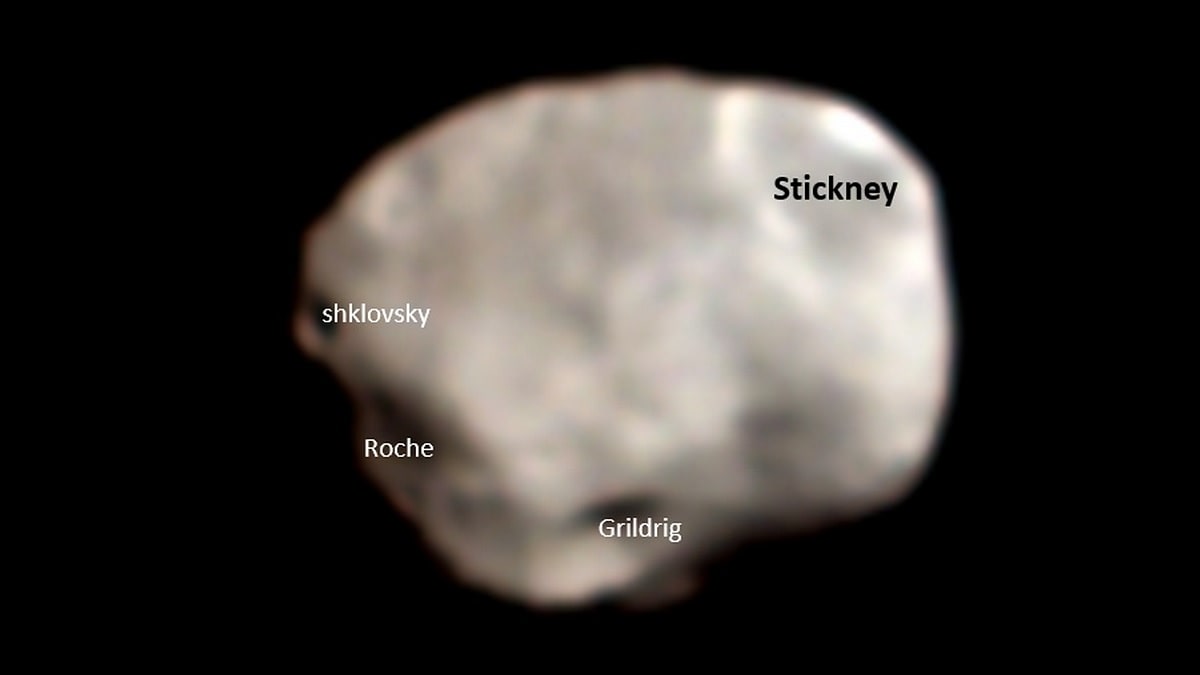 The Indian Space Research Organisation (ISRO) on Friday shared a recent image of the mysterious moon of Mars, Phobos, as captured by the Mars Orbiter Mission also known as Mangalyaan. The image was captured on July 1 by the Mars Colour Camera.

Taking to Twitter, ISRO shared the image and wrote, “A recent image of the mysterious moon of Mars, Phobos, as captured by India’s Mars Orbiter Mission.”

“Phobos is largely believed to be made up of carbonaceous chondrites. The violent phase that Phobos has encountered is seen in the large section gouged out from a past collision, (Stickney crater) and bouncing ejecta. Stickney, the largest crater on Phobos along with the other craters (Shklovsky, Roche and Grildrig) are also seen in this image,” ISRO further said.

The mission was launched on November 5, 2013, by PSLV-C25, an expandable launch system, and entered the Martian orbit on September 24, 2014, in its first attempt.

Why do Indians love Xiaomi TVs so much? We discussed this on Orbital, our weekly technology podcast, which you can subscribe to via Apple Podcasts, Google Podcasts, or RSS, download the episode, or just hit the play button below.