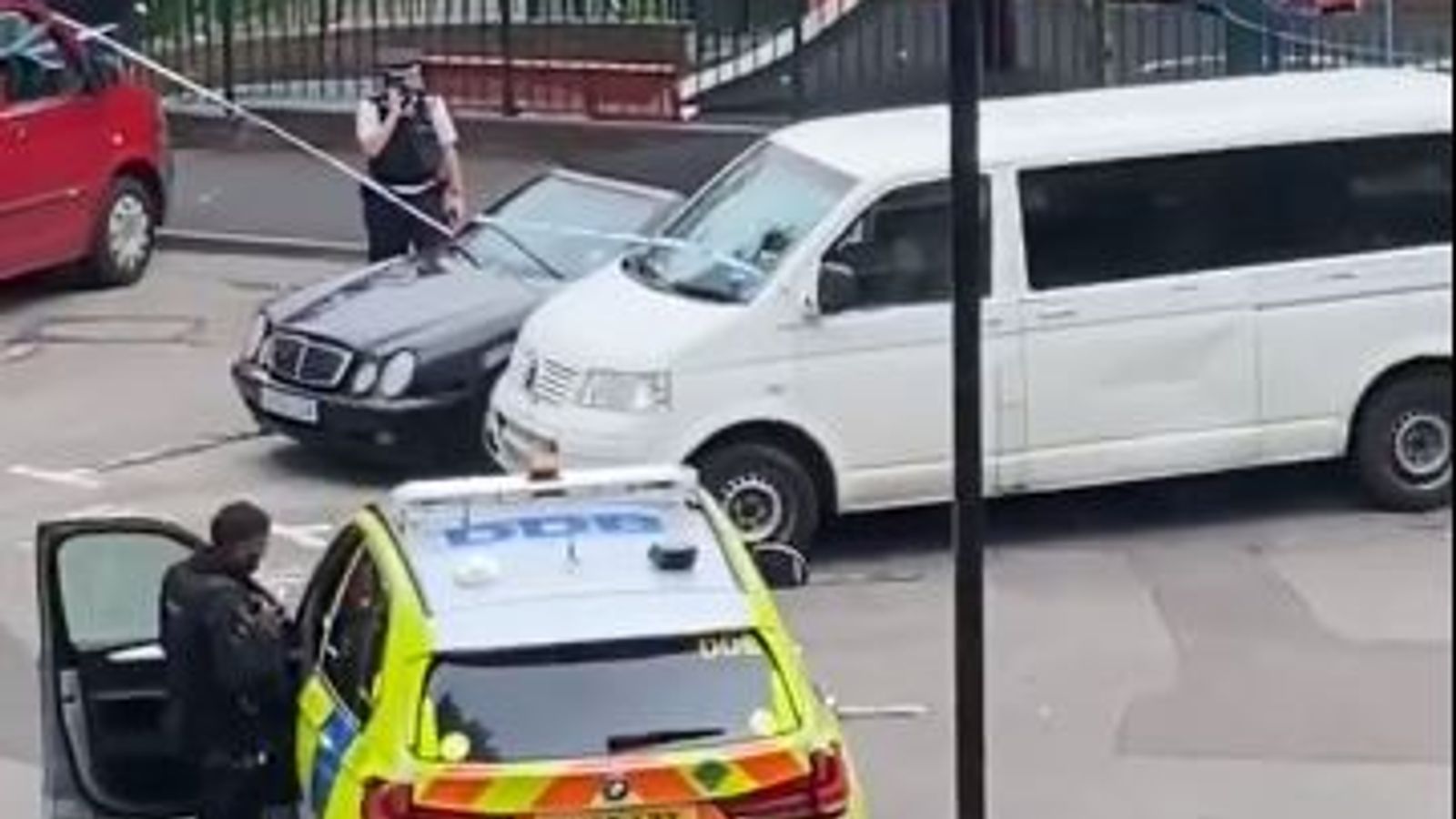 A man has been shot dead in broad daylight in London.

Police found the man in his 20s with serious injuries after being called to reports of shots fired shortly after 3pm in Roman Way, Islington. He died at the scene.

One witness reported seeing a man riding off on a bike or moped after hearing gunshots from his window.

“I heard around seven shots, ran to window, and a guy on a bike or moped rode off,” he said.

“He was looking back. When I looked to the park, I could see a guy staggering, then [he] fell.

“That was it, then police came. They are taping the area now… No one’s allowed to leave.”

The shooting happened near Pentonville prison and a children’s playground.

“The shooting is shocking, but not much of a surprise. It’s not nice, though, especially near the local park.”

Another man from the area, who did not want to be named, said he “knew the victim well”, having heard their identity from a friend.

“He was just one of the younger kids from my area who I knew from my time in hanging around on the Caledonian Road/Bemerton estate,” he said.

“It’s very sad and I feel for his family… but this young man is probably the 10th person I know from the borough to die due to violence, so it’s hardly a shock anymore.

“It’s more shocking that he was shot rather than stabbed, if anything.

“The Caledonian Road has a huge problem with gang rivalries… the rivalries are not dying out as the generations change, they are getting worse and I really don’t have any answers on what we can do to change that.”

“We assumed it was probably just fireworks because we never hear gunshots here,” the 46-year-old said.

“But we’ve both fired guns before and this sounded like a handgun, not fireworks.”

The Metropolitan Police said no arrests had been made. The victim’s family have been told.

A spokesperson added that it was too early to say whether the shooting was linked to Pentonville, which is one of the country’s oldest and busiest jails housing a men’s prison and a young offender institution.

Anyone who witnessed the incident, or who has video or images that could assist, is asked to call 101 referencing CAD 4432/4 July