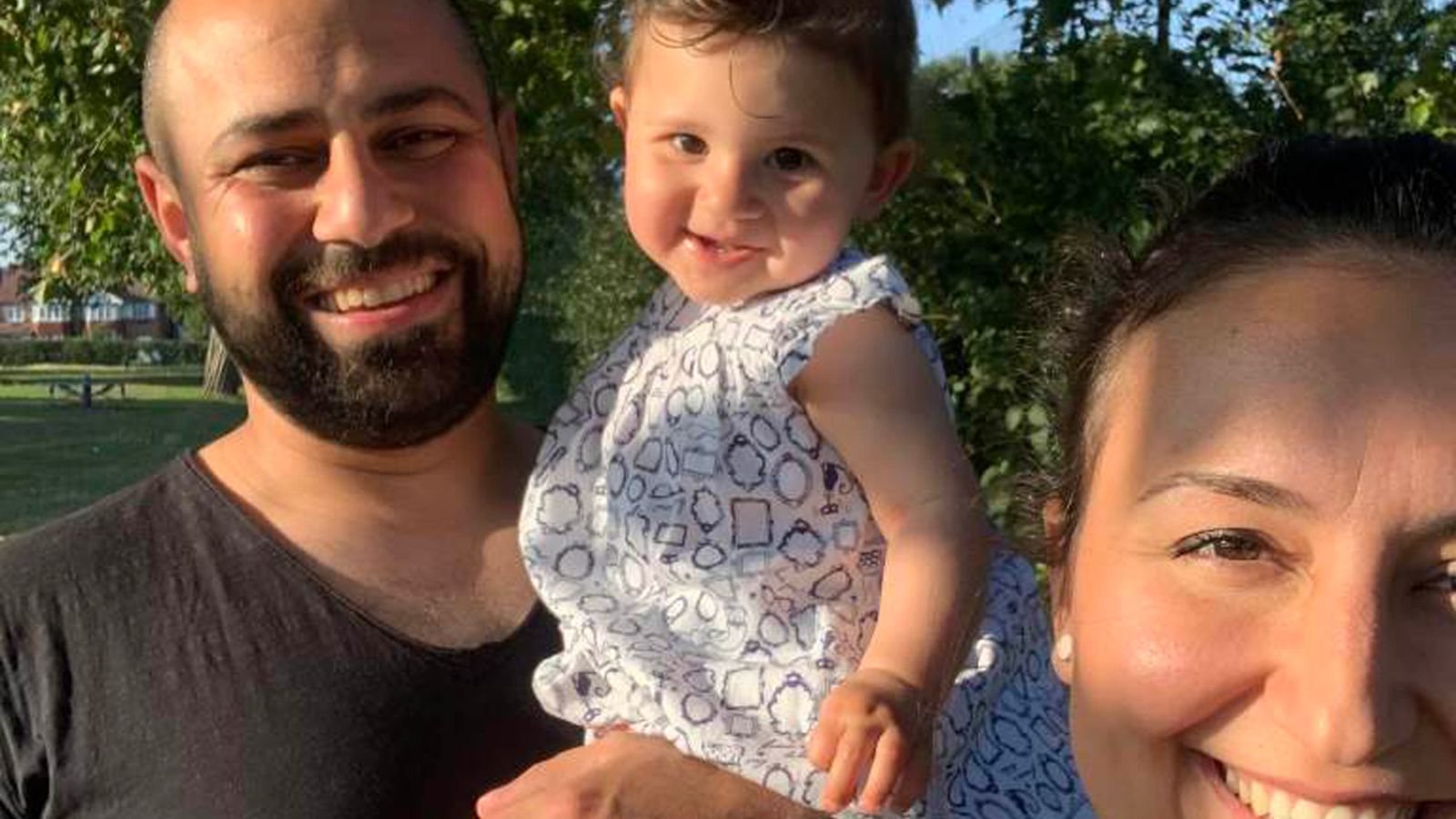 The mother of a 21-month-old girl battling a rare form of leukaemia is pleading for blood stem cell donors after her daughter was given just three weeks to find a life-saving match.

Liya Gumusoz has been diagnosed with acute myeloid leukaemia, a rare and aggressive type of cancer which affects one in 3,100 people.

Her parents, Ufuk and Hatice Gumusoz, received the devastating news when doctors said Liya, their first and only child, must have a bone marrow transplant by the end of July if she is to survive.

Liya’s parents, who are originally from Turkey but now live in Twickenham, first noticed something was wrong at the start of the year.

Liya became tired more easily, lost her appetite and had unusual bruising on her body.

It was when Liya began to have difficulty walking that her parents knew something was not right.

Speaking to PA new agency, Mrs Gumusoz said: “It was on a Sunday morning, she woke up again screaming and wasn’t able to move at all.”

After searching online for possible reasons, Mrs Gumusoz read that it could be leukaemia.

“I was praying that it wasn’t leukaemia,” a tearful Mrs Gumusoz said. “She was absolutely fine until then.”

Mrs Gumusoz said she has spent only nine nights at home in the past three months while Liya has had various tests and scans in hospital.

Liya was transferred to Great Ormond Street Hospital in London as the pandemic took hold, which meant only one parent was allowed to see her.

The worried couple faced a terrible wait for news on their daughter’s condition, but their worst nightmares were realised when a hematologist confirmed Liya has leukaemia.

Mrs Gumusoz said: “I couldn’t breathe, I felt like my heart had been stabbed over and over again.

“I just sobbed, all I wanted to do was leave the room and go and cuddle my baby.”

Liya began chemotherapy, but it is not enough to beat the leukaemia.

Due to the aggressiveness of the cancer, her only chance of survival is to find a blood stem cell donor.

Only 2% of the UK population are on the blood stem cell donor register, and the number of people signing up as potential donors has drastically fallen in the wake of the coronavirus pandemic.

Currently, there is nobody on the register who is a close enough genetic match to Liya.

Mrs Gumusoz said: “I know that it’s a tough time that we’re going through with all this lockdown, but all these kids they need blood transfusions and they need just basic help really.

“People should donate, it’s only their blood, their stem cells, it’s a very basic procedure.

“It only takes a couple of hours to do it and you can save one person’s life.

“It could save her, there’s no way she will survive.”

If you are aged between 17 and 55 and in general good health, you can request a home swab kit to become a potential blood stem cell donor at www.dkms.org.uk/liya.