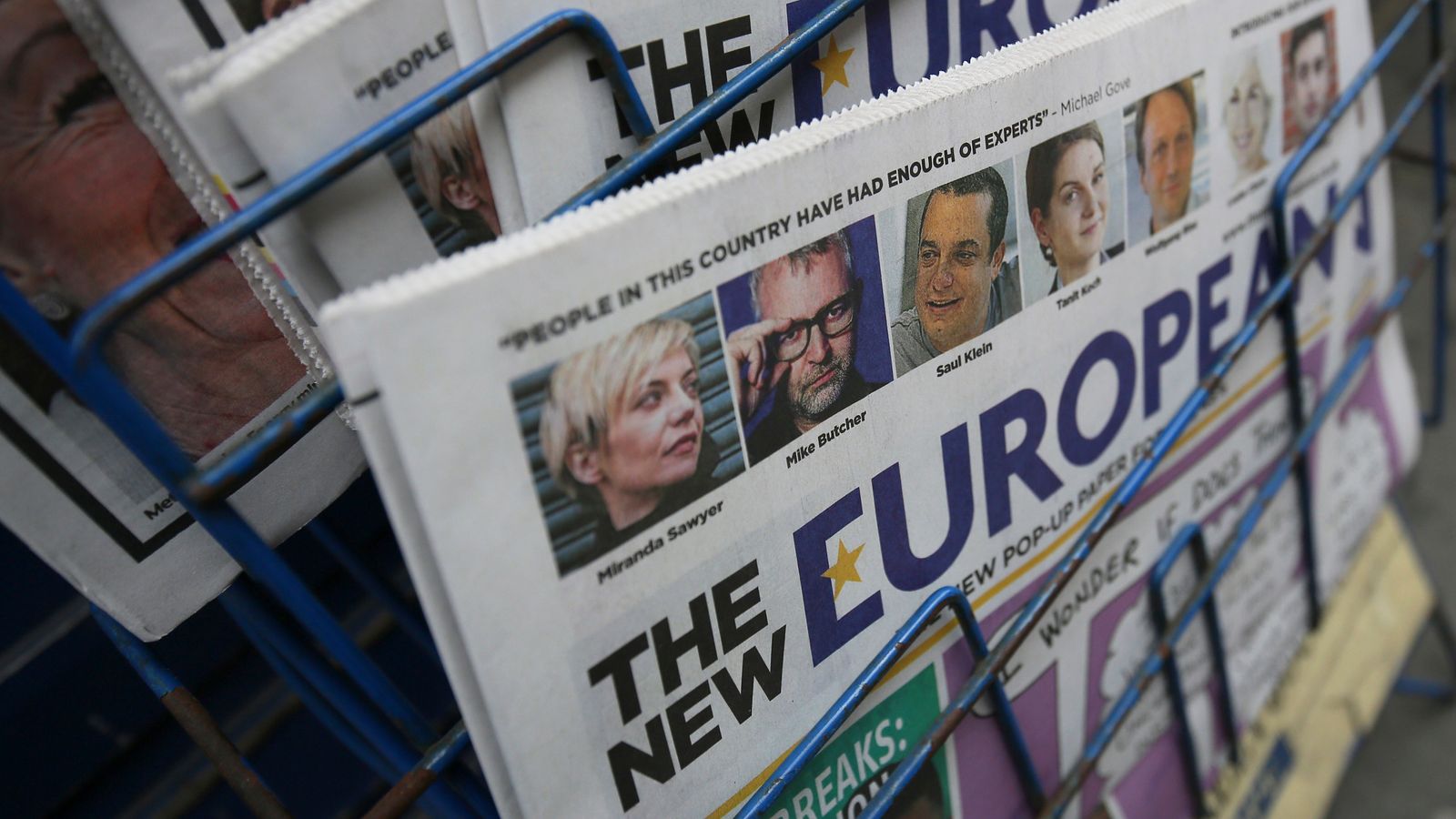 One of Britain’s oldest regional newspaper groups has put itself up for sale as it races to find new investors willing to plug a funding deficit exacerbated by the COVID-19 pandemic’s disastrous impact on industry-wide advertising revenues.

Sky News has learnt that Archant, which was established in 1845 and publishes titles including the Eastern Daily Press and London’s Ham & High Express, has appointed corporate financiers to find new backers.

City sources said this weekend that the family-owned company wanted to secure new funding within the next few months.

KPMG, the professional services firm, is handling the process.

Archant is one of the most venerable names in Britain’s print media industry, having been jointly founded more than 175 years ago by the Colman family whose name went on to adorn one of the most prominent brands of English mustard.

Along with the Colmans, the Copeman family continue to own the business, which is headquartered in Norwich and employs close to 1,100 people.

It publishes around 60 newspaper brands as well as 75 magazine brands which include Airgun World and Tillergraph, a title aimed at canal boating enthusiasts.

The company boasts 9m unique monthly visitors to its websites, and prints in aggregate more than 6m copies of its publications every month.

Last year, it struck a landmark partnership with Google, the online search giant, to develop a new model for local digital news.

The website PeterboroughMatters.co.uk was the first site to launch from this partnership, which is said to be worth roughly £4m in revenue to Archant.

For Google, the search division of Alphabet, the joint venture was partly intended to counter criticism of the extent to which it and Facebook have eroded ad revenues from traditional sources of local news.

The regional publisher has seen sales decline in recent years, from £96.6m in 2017 to £78.7m last year, with a further fall likely this year as a consequence of the coronavirus outbreak.

One bright spot has been The New European, the anti-Brexit national title which Archant launched just days after the EU referendum as a four-week “pop-up paper”, became a surprising commercial success and continues to be published.

It sells roughly 20,000 copies each week, with 10,000 subscribers, while its website generates 3.5m page views-per-month.

Several private equity groups have been sounded out about their interest in a deal to buy part or all of Archant, according to insiders.

The group’s shareholders are understood to be open-minded about an outright sale of the business.

Any deal could be structured as a pre-pack administration, which would wipe out the interests of existing investors.

David Montgomery, the serial newspaper investor who previously ran the Daily Mirror’s parent company, is likely to be among the contenders to buy the company, according to media analysts.

Mr Montgomery has created a new vehicle, National World, to acquire newspaper and other media assets, and has been rumoured to be interested in bidding for The Daily Telegraph.

One obstacle to a deal is likely to present itself in the form of Archant’s pension deficit, which runs to tens of millions of pounds.

The funding gap is a legacy of the publisher’s long history and the decades-long decline in print circulation and advertising revenues.

In that and other respects, it echoes the demise, and rebirth, of Johnston Press, Archant’s larger rival and owner of The Scotsman and Yorkshire Post.

The pensions watchdog dropped a probe last year into whether the company had used a pre-pack insolvency process to dump £300m of pension liabilities into the Pension Protection Fund.

JPI Media, as the company is now known, has temporarily halted publication of many of its print titles, and has put on hold the search for new owners.

Archant has shaken up its management in an attempt to improve its financial performance.

Under Mr Bax, Archant is said to have made good progress, although its print titles have been badly affected by the UK-wide lockdown, hastening the need for new funding.

In a statement issued to Sky News this weekend, an Archant spokesman said: “The board of Archant confirms it is in early-stage discussions with a number of third parties who have expressed an interest in investing in our business.

“For clarity, the company faces no immediate threat to trading, and continues business operations as normal.”

Archant would, he added “be making no further comment for the time being”.