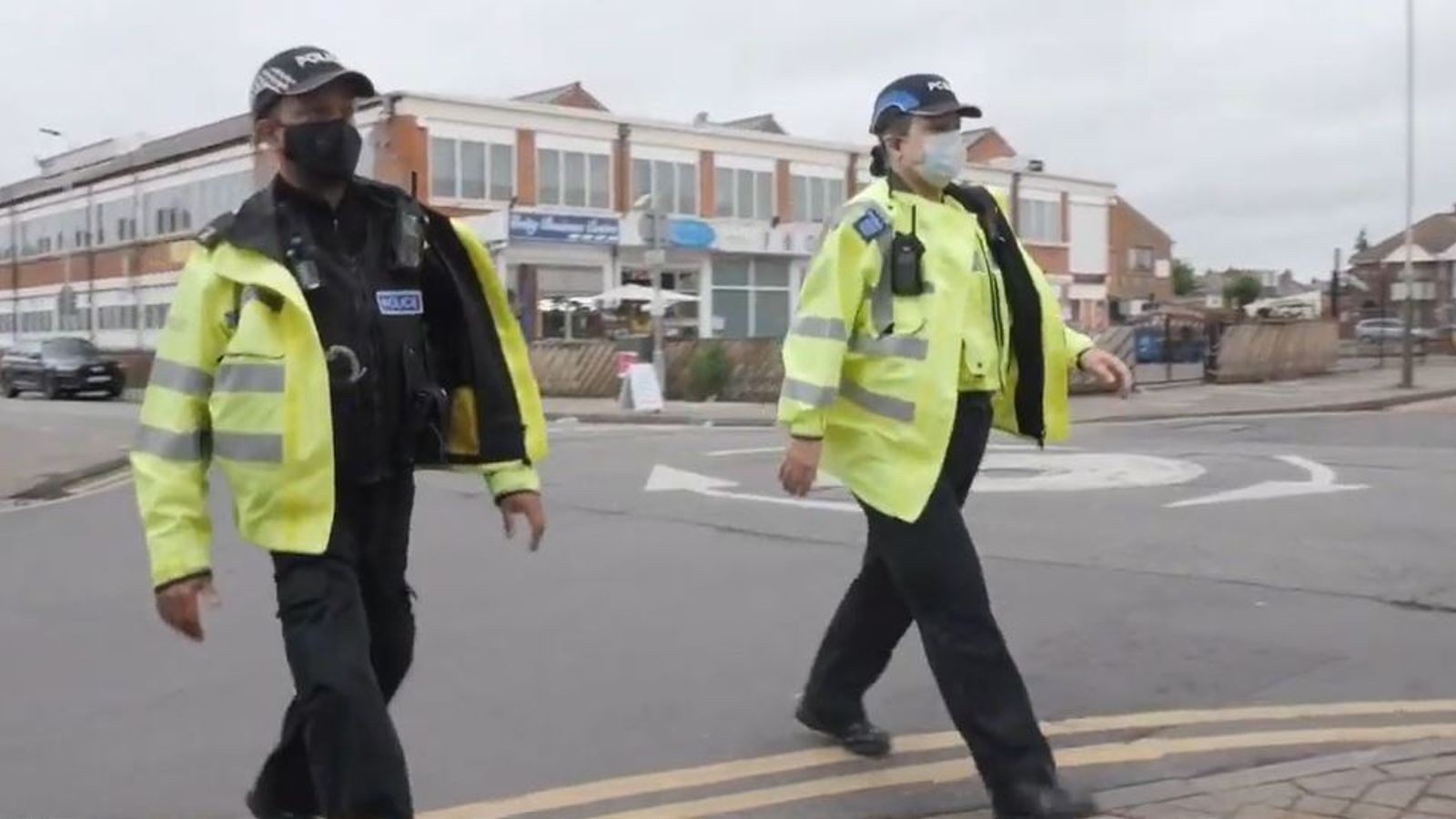 The streets around North Evington to the east of Leicester’s city centre certainly aren’t deserted, but many of those out and about are wearing face masks and trying to keep their distance.

The people we speak to say they’re doing their food shopping, which is permitted.

Most businesses are closed – but those selling essential supplies are open.

We see at least six police officers and community support officers walking around the streets reminding people of the coronavirus lockdown rules in the hour or so that we’re there.

A few days ago the authorities closed two businesses for breaching lockdown, and they’re assessing whether others have breached rules.

There’s a fine of anywhere between £100 and £3,200 for anyone caught breaking the rules.

I’m surprised to see a coffee shop open – but when I see inside, they’ve diversified to sell food.

It’s about “survival”, says Wahid, who runs it.

He’s surrounded by closed factories, so footfall is significantly down. If he’s lucky he’ll makes 30% of what he normally does. He tells me that his customers are “scared” of the virus.

A little further down the road, grocer Shinto Baby tells me that he thought people were now adhering to lockdown.

Dave Singh has popped to the shop to get some milk.

He said he’d closed his factory, which employs 35 people, and his wife was too worried to leave the house.

I see an elderly couple who tell me they had planned to go for a drink and a haircut this weekend – but that won’t be happening now.

About half a mile away I spot a queue and two blue tents on a car park. On closer inspection it’s one of the “pop up” COVID-19 test centres set up in this area due to the high number of cases here.

It’s staffed by the NHS and the military. Captain Jack Reed tells me they’ve tested more than 200 people since it opened yesterday.

I watched Satish and Rashmi Surani having their swab tests – they were “surprised” to find the test centre “on their doorstep” and had come for “piece of mind”.

Mr Surani told me he’d been hoping to go out for a coffee today and felt “penalised” by the situation here – which, at the very least, will continue for two weeks.