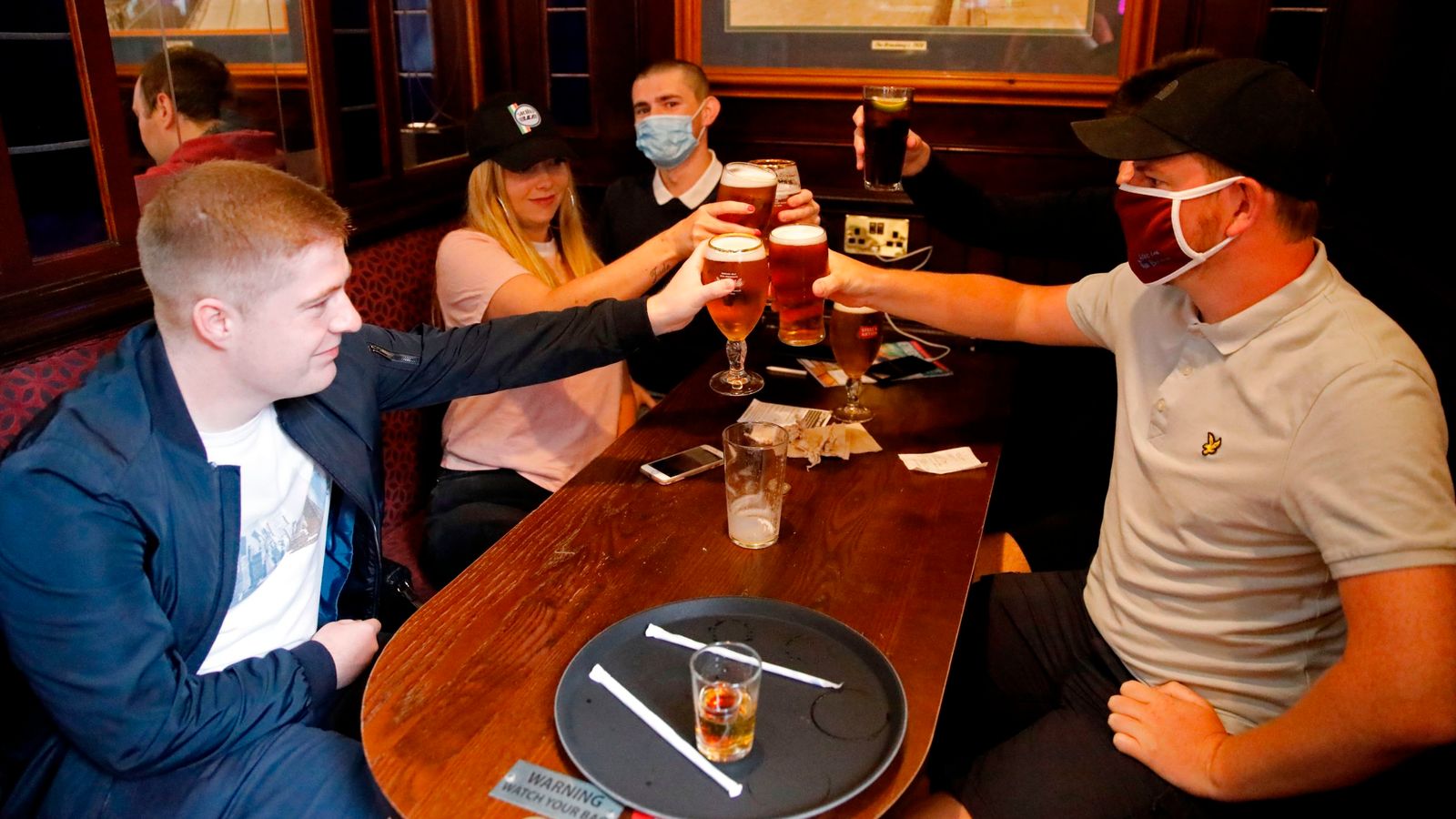 The first pints have been poured, hair has been trimmed and people have met friends and family indoors on what has been dubbed “Super Saturday”.

A major easing of the coronavirus lockdown measures – around three and a half months since they came into force on 23 March – means thousands of pubs, restaurants, bars, hairdressers and cinemas across England have finally been able to open again.

It is the biggest relaxation of the restrictions yet, also meaning weddings are now permitted, although modified social distancing conditions are still in place.

With pubs allowed to reopen at 6am today, Health Secretary Matt Hancock has urged people to stick to the rules and warned that jail could be an option for those who got carried away.

He told the Daily Mail that people were entitled to enjoy themselves at pubs, but added: “You could end up behind bars if you break the law.”

He has said he would not “shirk” from shutting pubs and restaurants again and imposing local lockdowns if needed.

But many of those taking advantage of the change in rules spoke of their relief at the return to something closer to normality.

In Chester, one regular at The Shropshire Arms described his first pint of draught Guinness for three months as “heaven”.

Bert Lockley said: “I’ve missed this more than my missus when she left.

“You can drink at home but you can’t get this feeling anywhere else.”

Pubs in London were also open for business again, with drinkers returning to venues including the Holland Tringham pub, part of the JD Wetherspoon chain.

One of them, 56-year old carpenter Jim Martin, said: “It’s beautiful just to get back and have a pint.”

Having opened at 8am, the pub was around three quarters full by 11.20am.

Julie Scott, a 43-year-old teacher, was meeting her family there drinks and food.

“I think it’s just where everyone gets to socialise and catch up with people that they haven’t seen…it’s nice to just get together,” she said.

Pensioner Ron Lock complained the lockdown had lasted too long.

“It’s about time they opened them up,” he said.

Having entered lockdown later than most other European countries, the UK has been the continent’s worst hit by COVID-19 – with more than 300,000 infections and an official death toll of more than 44,000.

Healthcare assistant Benjamin Prior, 31, was among those at Savvas Barbers in Streatham, London.

He said he normally liked a trim every month but been forced to wait four times that long.

“It’s just brilliant to finally get a new haircut now, it’s the length I want, short as possible,” he said.

“It’s enjoyable to have a haircut but it’s also nice to feel smart again,” he said.

Those flocking to pubs will have to endure a series of guidelines.

Numbers are limited, punters are not allowed to to stand at the bar and there will be no live music. Patrons must also give their details to allow tracers to identify them if anyone later tests positive.

Some of the things you can do from today:

Here’s what’s still off the agenda:

Despite the relaxation on lockdown measures, statistics from the Night-Time Industries Association (NTIA) suggest 31% of bars, pubs and restaurants will remain closed today, with some businesses saying they are “scared” of cases of the virus increasing.

And for Leicester, the first and so far only city to go into a localised lockdown due to an increase in the number of COVID-19 cases, the pubs all remain closed and new rules come into force – including fines of up to £3,200 for anyone who breaks them.

Meanwhile, pubs in Wales and Scotland must remain closed until later this month as the devolved nations lift their own lockdown rules more slowly, but hotels, bars, restaurants and cafes in Northern Ireland reopened on Friday.

The lifting of restrictions in England mean campers have been travelling across the country, with many arriving at sites in the South West to kickstart tourism there.

And two key workers were able to get married in a midnight ceremony.

Care home worker Jennifer Wilson and security guard Louise Arnold, both 22, tied the knot at the Peace Garden Pergola in the grounds of Runcorn Town Hall, Cheshire, in what was believed to be the first wedding after the updated guidelines came into force.

Ms Wilson said: “Last week the registry office rang and asked if we wanted to be the first couple in the UK to marry after lockdown, and we just said yes.”