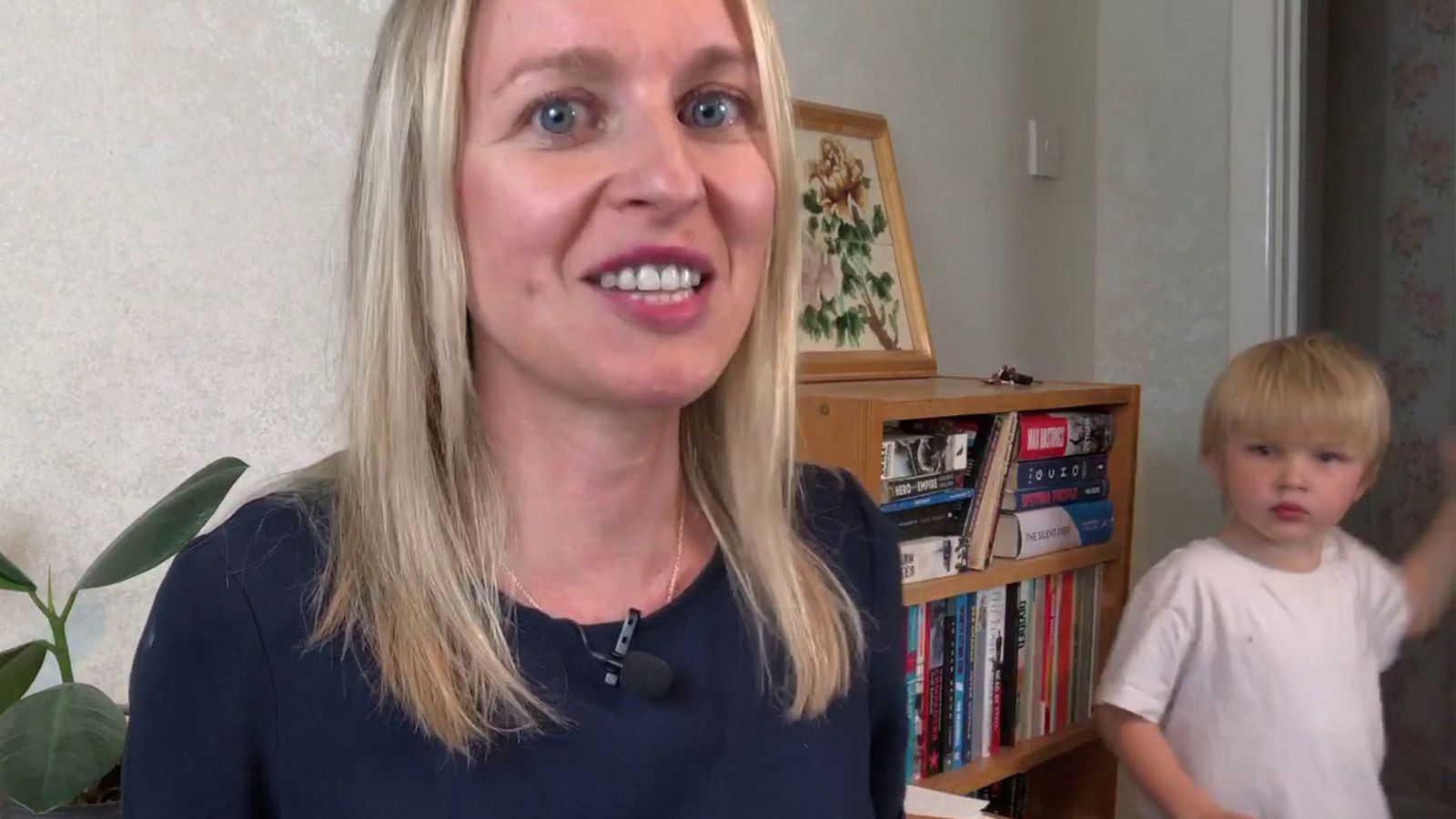 Deborah Haynes has travelled to war zones and interviewed prime ministers, but this week Sky’s foreign affairs editor also gave us a glimpse into the juggle faced by many working parents during lockdown.

As she was conducting a live interview from home, her son walked in and requested “two biscuits” (an impressive act of negotiation, exploiting his mum’s moment of maximum weakness. Needless to say, he secured the biscuits.)

It was an adorable insight into family life, and also revealed the very real challenges faced by many parents trying to work from home while schools and nurseries have been shut.

We are only just starting to see the terrible economic impact of coronavirus – with job losses expected to accelerate over the summer as the furlough scheme is wound down.

But there are already signs that the impact will not be distributed evenly, and some groups of people will be much harder hit than others.

It’s an issue we are exploring on tomorrow’s Sophy Ridge on Sunday – with research from the Resolution Foundation showing that the young and low paid are already feeling the brunt of the crisis.

But there are also signs that women – and mothers in particular – could be particularly impacted.

This is partly because women are more likely to work in the most affected sectors – including hospitality and retail.

The “new deal” that Boris Johnson announced this week to help the economic recovery centres around the construction and building industry – jobs disproportionately held by men.

But mums juggling childcare, domestic responsibilities and work are at the epicentre of the economic fallout – as analysis from the Institute for Fiscal Studies shows.

Mothers are one and a half times more likely than fathers to have either lost their job or quit since lockdown began, and are also more likely to have been furloughed.

Childcare has been a particular juggle (as Deborah demonstrated) with mothers somehow managing to combine work and childcare in an astonishing 47% of their working hours, compared to 30% of fathers’.

The IFS findings are echoed in a report by the Resolution Foundation out this week, which says: “The challenge of looking after children in the lockdown has not been shared evenly, meaning there is clear evidence that mothers have taken a greater hit to their paid work than fathers.”

There is, however, a glimmer of optimism.

If the pandemic leads to a longer term change in working practises – with home working encouraged for at least a couple of days a week – fathers could also benefit from more flexible hours that fit around family life.

And, as the IFS says, “previous evidence suggests that fathers who pick up more household responsibilities (such as childcare) for a limited period of time may do a greater share of them in the longer term”.

Despite doing less childcare than mothers, during lockdown fathers have nearly doubled the time they spend on childcare.

The pandemic will undoubtedly revolutionise the way we work and it has the potential to revolutionise our home life too. Let’s just hope it’s for the better.

Sophy Ridge On Sunday airs tomorrow on Sky News at 8.30am.