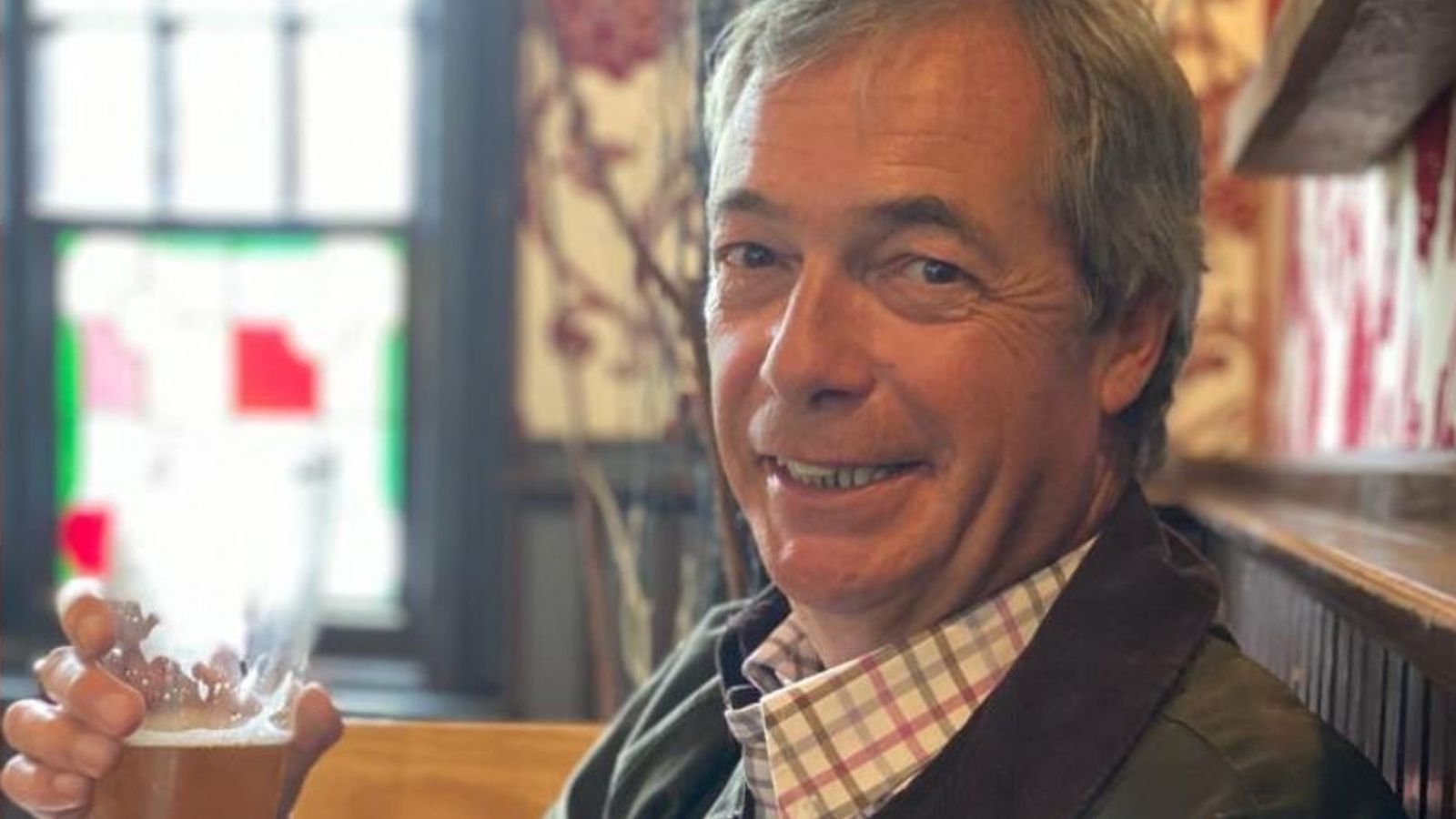 Nigel Farage appears to have broken the UK’s quarantine rules after posting a photo in a pub at midday today – less than two weeks after returning from the US.

There are calls for an investigation after the Brexit Party leader shared a photo with a pint as the coronavirus lockdown in England eased and pubs reopened for the first time. He wrote: “12 o’clock, first customer in. Love it.”

MSNBC footage shows Mr Farage at a Donald Trump rally in Tulsa, Oklahoma, at 1.02am (UK time) on 21 June.

Commercial flights from Tulsa to England take at least 10 hours, so if Mr Farage stayed for the US president’s address, which ended at 3am UK time, he would have been able to arrive back in the UK at lunchtime the same day at the very earliest.

With this timeline, he should be quarantining until Sunday under the UK’s 14-day rule.

Ed Davey MP, the acting leader of the Liberal Democrats, says he has written to Kent Police asking them to investigate whether the 56-year-old has broken quarantine rules.

“There are clearly serious questions to answer for Nigel Farage,” Mr Davey said in a statement. “It is clear from his social media posts that he was in America on 20 June, and he was pictured at a Trump rally that evening.

“Given the current requirements for visitors returning to the UK to isolate for 14 full days on their return, Nigel Farage appears to be in violation of the quarantine.

“It is a responsibility of everyone to take the lockdown requirements seriously in order to stop the spread of the virus.

“By choosing to go to the pub when it appears he should have been staying at home, Mr Farage is showing a flagrant disregard for the safety of people in his community.”

To all those screaming and shouting about me going to the pub…. I have been back from the USA for 2 weeks and I have been tested — the result was negative. Sorry to disappoint you. Cheers! pic.twitter.com/E8maRljGwS

After his initial tweet from the pub attracted attention over the apparent breach, Mr Farage addressed the issue in a second post, saying he had been back for two weeks and been tested for COVID-19, with a negative result.

Told by Sky News that Mr Davey had complained to police about his visit, Mr Farage responded: “Sad Ed Davey. Needs to get a life.”

Under the UK’s quarantine rules, implemented from 8 June, all passengers coming into the country from abroad – with a handful of exceptions – have been required to go into self-isolation for 14 days at a declared address when they arrive in the UK.

According to government guidelines, if you are tested and receive a negative result for coronavirus, you must continue to self-isolate until you have been in the UK for the full 14 days, even if your symptoms have gone.

Nigel Farage backstage at the “Team Trump on Tour” part of the rally, a series of panel discussions for the crowd outside pic.twitter.com/OvnRscaEuQ

Also, at the time of Mr Farage’s trip, the US had barred entry to arrivals from Britain, with the exception of US citizens, their family members and “individuals who meet specified exceptions”.

Bennie G Thompson, chairman of the House of Representatives’ committee on homeland security, said the decision to allow the visit raised “numerous troubling questions” at the time of travel restrictions from the UK.

Sky News has contacted a representative for Mr Farage and the Home Office for comment.