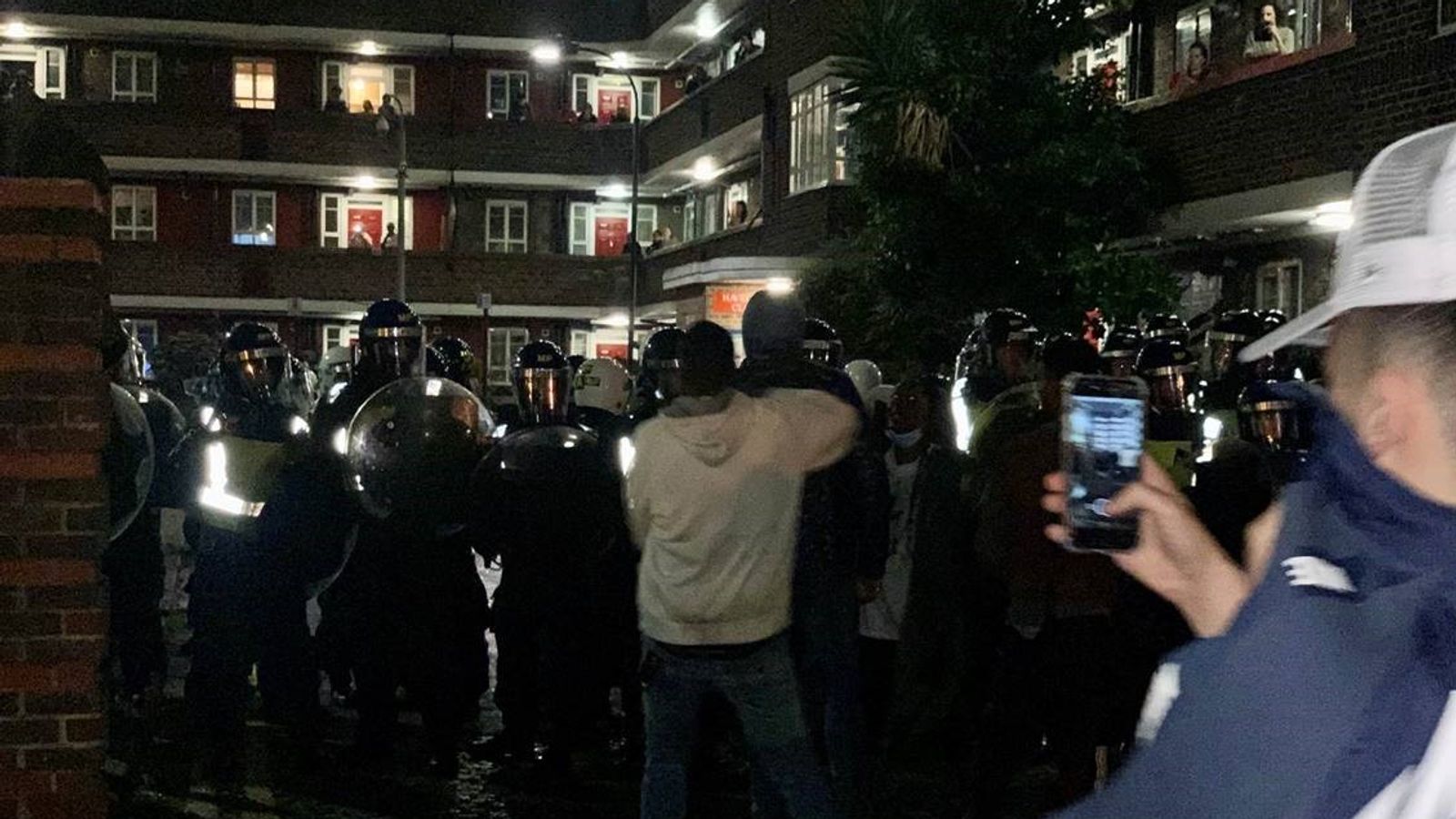 London mayor Sadiq Khan has condemned party-goers after seven police officers were injured as they tried to break up an unlicensed music event in the city.

Mr Khan said it was “disgraceful” that officers were pelted with bricks and other missiles and promised “violence against the police will not be tolerated”.

It is the latest in a series of illegal gatherings in the British capital that have led to clashes with police.

Sky’s Noel Philips was there….

They weren’t happy that their illegal party ended abruptly.

I’m told the minute ravers saw flashing blue lights, everyone on the Havelock Close estate in White City, west London, started to disperse, spilling out into the streets.

Officers in riot gear seen running towards the estate were met with hostility.

Alongside me were a large group of teenagers, all flinging stones and bottles.

I asked one man, who chucked several bricks at officers, why he was so angry.

“I just don’t like the way they turned up and were being so aggressive with us,” he told me.

“We weren’t doing anything wrong.”

As officers pushed back against the crowd with their shields, they broke up into small groups, running around the estate and throwing missiles at police vans.

At one point the scale of the violence overwhelmed the officers, forcing them to call in reinforcements from other parts of the estate.

People living on nearby streets told me they were shocked to see what was happening.

One man who had his car window smashed as he attempted to leave the area said he knew the party would get out of control.

“I just can’t understand why the police don’t just get them off the streets. It’s all mad,” he shouted from his front door.

The impromptu nature of this event left police unable to keep up with the partygoers as a cordon was erected around what appeared to be the site of the unlicensed rave.

It left seven officers injured and was one of dozens of illegal parties in the capital city on Friday night.