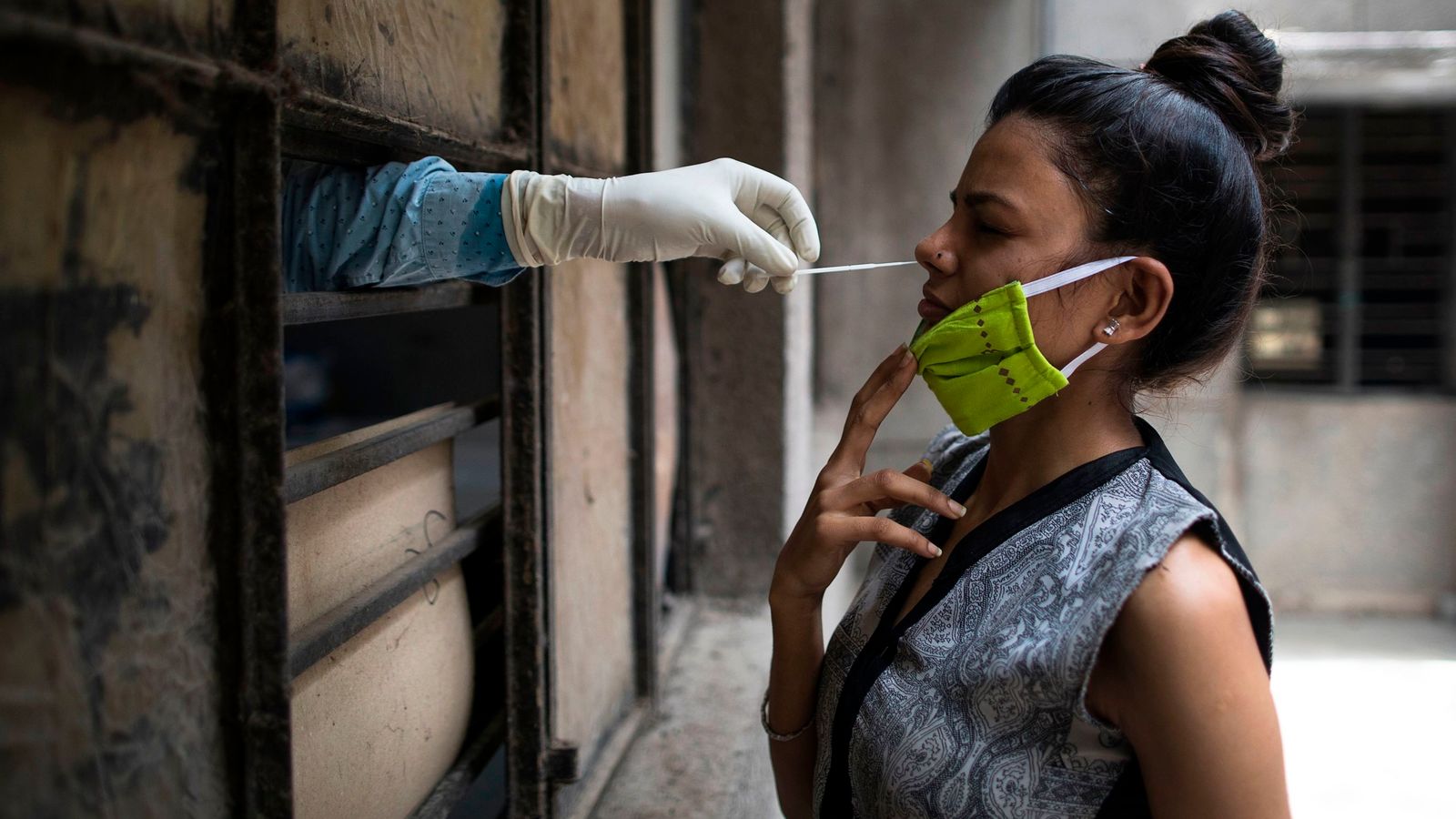 The world has seen a record rise in coronavirus cases over a 24-hour period, the World Health Organisation (WHO) has said.

The new record is 212,326, with the biggest rise in infections coming in the US, Brazil and India.

In total, 10.9 million cases have been recorded globally and 523,011 people have died, the WHO says.

The Johns Hopkins University, which is also tracking the virus, says there are 11.1 million cases and 527,681 people have lost their lives.

While concern in many parts of the world centres around a second wave, the Americas are still struggling with the first.

Florida reported a record number of cases on Saturday, the latest sign that the virus is surging in many parts of the United States, where Independence Day celebrations are taking place.

The Sunshine State reported 11,445 new cases, bringing the state-wide total to more than 190,000, while there has also been a spike in Texas.

Officials and health authorities warned people to take precautions, or simply stay at home on 4 July, as confirmed cases are growing in 40 states.

The US has more than 2.8 million confirmed cases – around a quarter of worldwide infections, according to Johns Hopkins University.

This week, Alabama also set a record for infections reported in a day, with more than 1,700 confirmed cases recorded on Thursday, and state health officials worried that the holiday weekend could lead to the type of spike that followed Memorial Day weekend.

In Australia and northeast Spain, authorities ordered lockdowns for specific counties or communities aimed at fighting back against increases in cases.

But in England, there were further signs of a return to normality on Saturday, as pubs and hairdressers welcomed back customers after three months of lockdown.