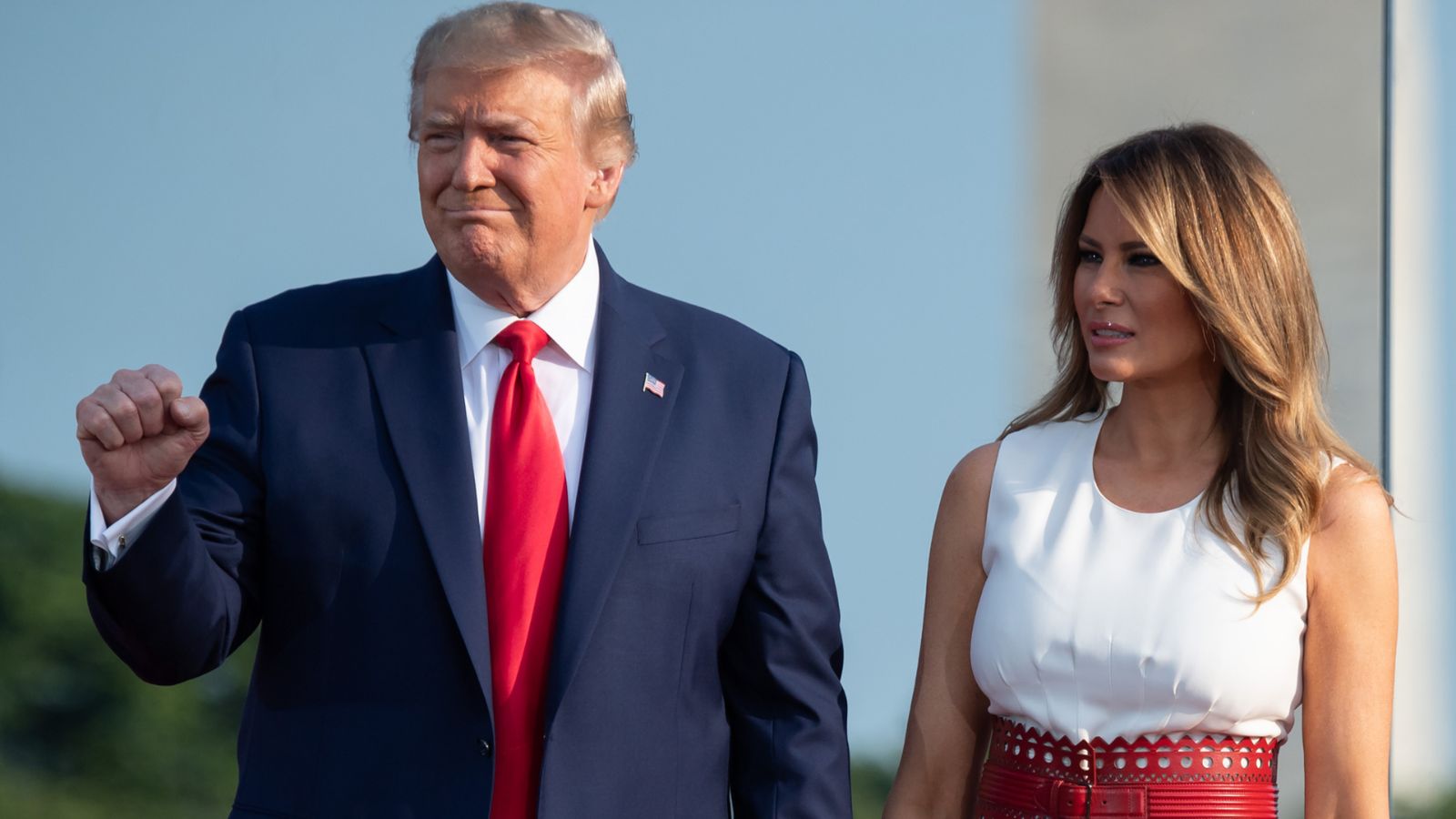 Donald Trump has claimed 99% of coronavirus cases are “totally harmless” after a surge of infections in the US.

In a speech at the White House on America’s Independence Day, the US president insisted his strategy to tackle COVID-19 was “moving along well” despite some states reporting record increases in cases.

He had earlier branded the virus a “terrible plague from China” and warned Beijing “must be held accountable” for its spread around the world.

Mr Trump said the US has now tested almost 40 million people for coronavirus, and added: “By so doing, we show cases – 99% of which are totally harmless.

Mr Trump said the US is producing gowns, masks and surgical equipment which used to be “almost exclusively made in foreign lands, in particular China where ironically this virus and others came from”.

“China’s secrecy, deceptions and cover-up allowed it to spread all over the world – 189 countries,” he added.

“China must be held fully accountable.”

In a video message posted on the White House’s Twitter account before his speech, Mr Trump claimed the US had been “doing better than any country had ever done in history… and then we got hit with this terrible plague from China”.

“Now we’re getting close to fighting our way out of it,” he said.

“We’re on the way to a tremendous victory.”

More than 2.8 million coronavirus cases have been recorded in the US, and nearly 130,000 people in the country have died with the virus, according to Johns Hopkins University.

During the first four days of July alone, a total of 14 states posted a daily record increase in the number of people testing positive for COVID-19.

It marked the second time in three days that its number of cases jumped by more than 10,000 in 24 hours.

In Texas, meanwhile, the number of new cases rose by a record 8,258 on Saturday.

Despite the rising number of infections, the average daily US death toll has gradually declined in recent weeks, reflecting the growing proportion of positive tests among younger, healthier people less prone to severe illness when infected.

The World Health Organisation (WHO) announced on Saturday a record rise in global coronavirus cases over a 24-hour period.

A total of 212,326 infections were recorded, with the biggest rise in cases coming in the US, Brazil and India.

In total, 10.9 million cases have been recorded globally and 523,011 people have died, the WHO said.