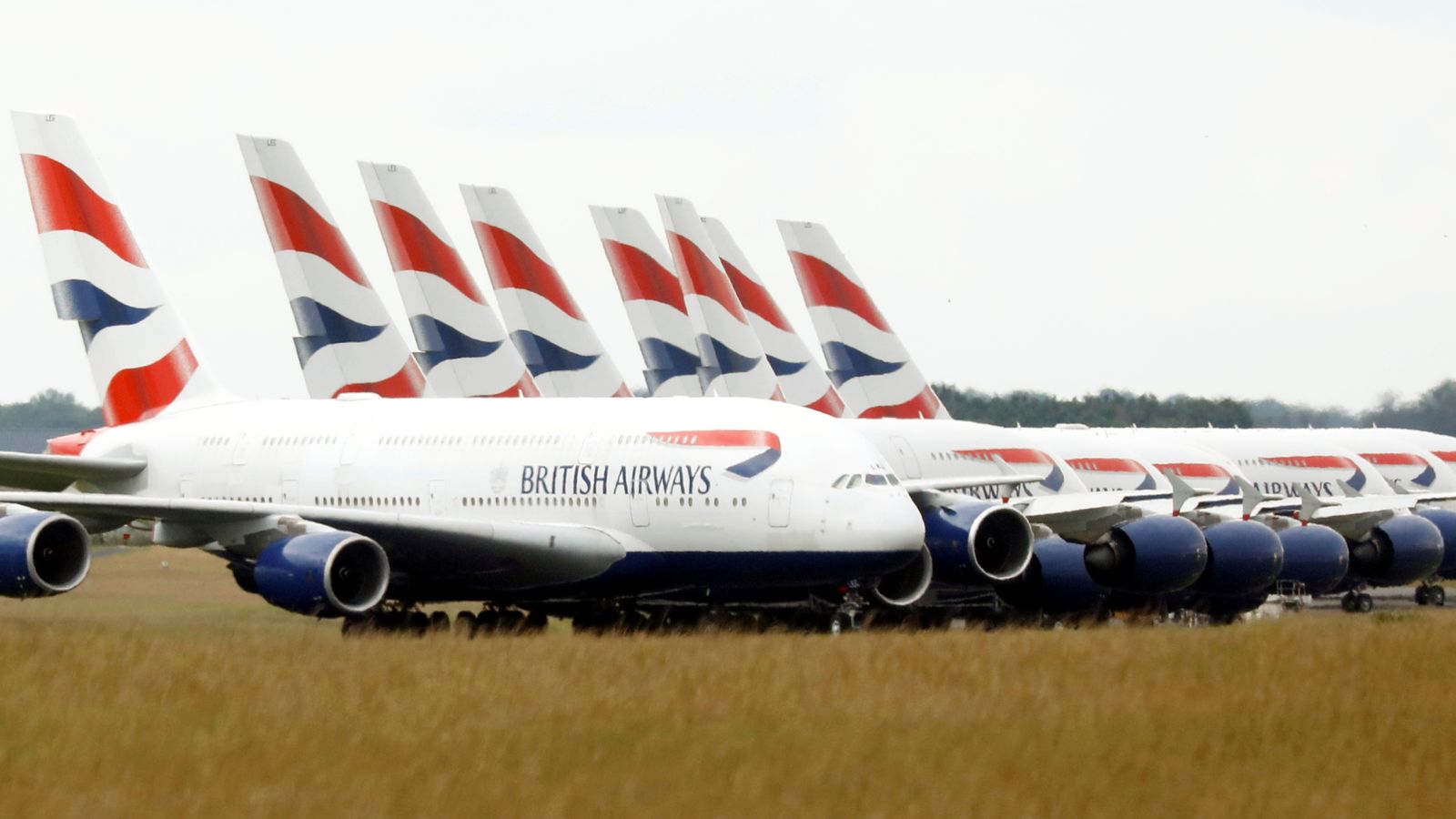 The UK’s pilots’ union has told members it has reached an outline deal with British Airways (BA) that will likely result in significant pay cuts to save jobs.

The British Airline Pilots’ Association (BALPA) is expected to ballot all of its members on the deal over job cuts and changes to pay and conditions early this week – and recommend they accept it.

In a letter seen by Sky News, BALPA told members: “We can now advise that we have reached a position of understanding in respect of a deal with BA to address and close off the list of proposals outlined in the company’s S188 submissions (legal notice to the union).”

While no details of the deal have been formally disclosed, it is believed to include cuts to pay – but may result in fewer job losses than originally envisaged in the consultation.

BA had told staff, as first reported by Sky News, that it may make headcount reductions of up to 1,130 pilots out of a stated total of 4,346 due to the impact of the coronavirus crisis.

“There will also follow details of the various elements that will form the proposal for a member consultation and our intention to recommend the package once finalised,” the letter says.

“On that basis, we envisage an all member ballot to open early next week.”

BA has been embroiled in increasingly bitter rows with all of its unions over plans for up to 12,000 job cuts – around a quarter of its workforce – across all parts of its business.

All parts of the aviation sector have been hit by travel restrictions imposed following the COVID-19 pandemic, but a blanket 14 day quarantine imposed on travellers arriving into the UK by the government has been widely criticised as damaging to any nascent recovery.

The government has since announced that 59 countries – including France, Spain and Italy – would be exempt from the list, allowing travellers to enter the UK from those destinations without self-isolating for two weeks.

On Friday, BALPA reached a deal with Ryanair that allows for a 20% pay cut for its UK pilots, restored over four years.

That could be seen as a template for any future agreement with BA, which is likely to include cuts to pay and changes to working conditions and productivity improvements.