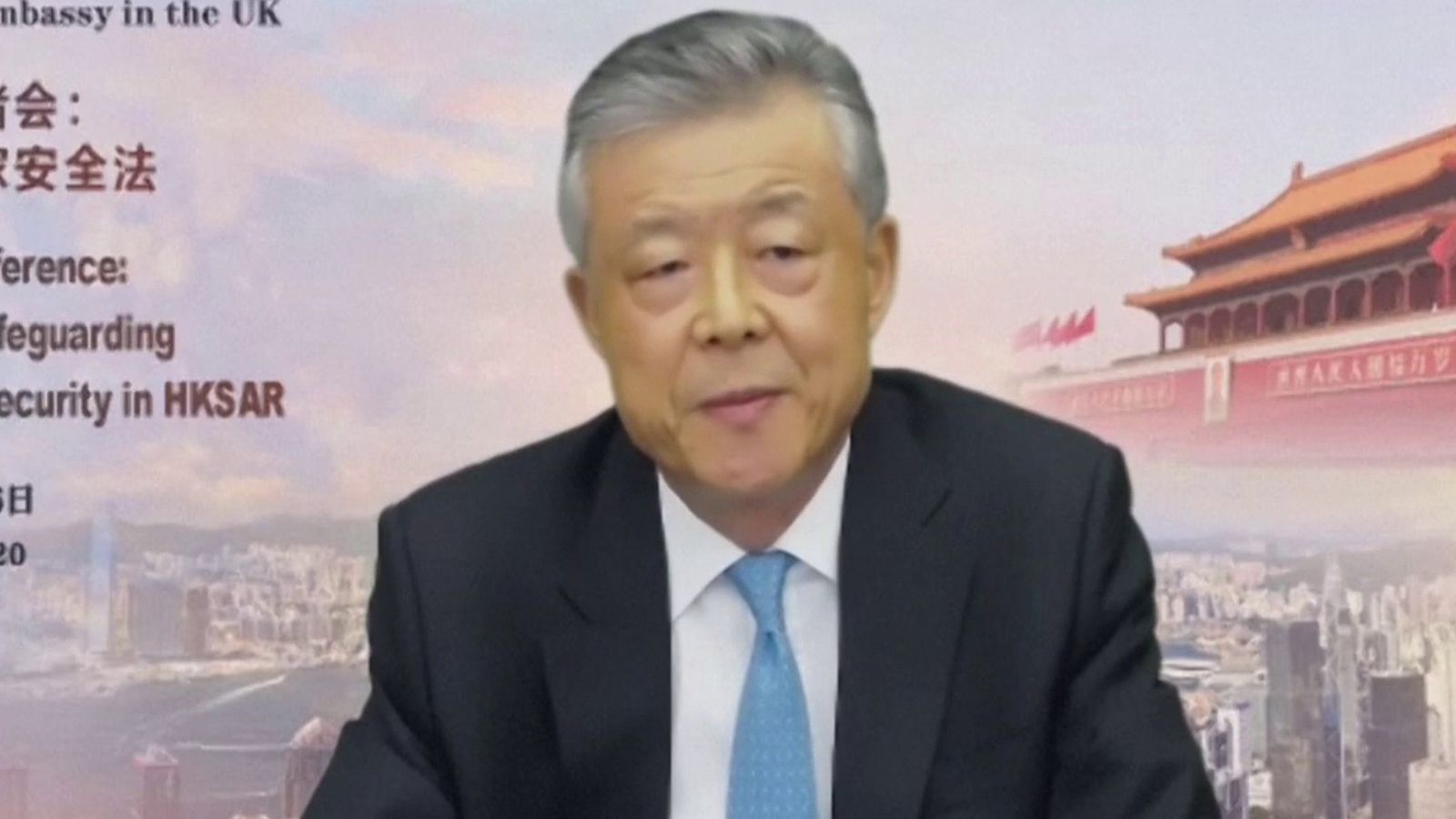 China has accused the UK of “trampling” on the basic norms of international relations – and said Britain’s offer of citizenship for Hong Kongers is a “gross interference in China’s internal affairs”.

Mr Liu denied China had failed to fulfill its international obligation after the British government accused it of breaching the Sino-British Joint Declaration which was supposed to give Hong Kong almost full autonomy until 2047.

In a press conference, five days after being summoned to the Foreign Office in London, Mr Liu said: “China rules Hong Kong by the basic law, not the joint declaration.”

He said he was holding the press conference to ensure the UK public understands the national security law it imposed on Hong Kong last week, claiming the British media had “misinterpreted” it.

Mr Liu accused the UK of failing to fulfil its international obligations of sovereign equality and not interfering in other countries’ relations.

“The UK side knows well that Hong Kong is no longer under its colonial rule and that Hong Kong has returned to China and is now part of China,” he said.

“The UK has no sovereignty, jurisdiction or right of supervision over Hong Kong after handover.