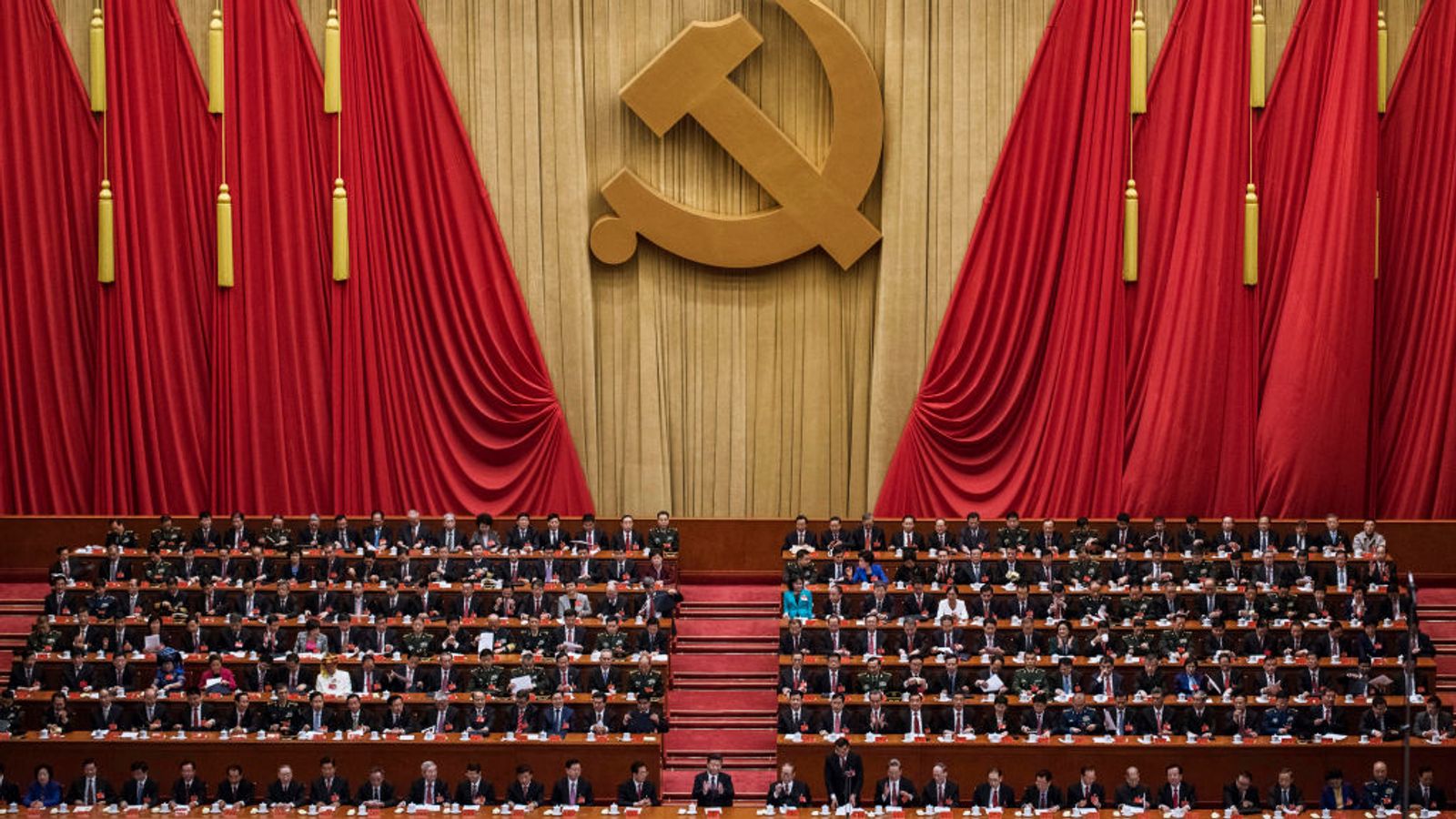 The report – compiled for a US-based film producer and human rights activist – also makes allegations of a spying risk to the UK posed by the technology firm Huawei.

Mr Steele made global headlines three years ago after he compiled a dossier alleging links between Russia and then presidential candidate Donald Trump.

This latest piece of work, which the ex-MI6 officer contributed to, is focused on China’s alleged interests in the UK.

The content, which has not been made public, has been shown to a small number of parliamentarians and media organisations, including Sky News.

The move appears timed to coincide with a debate inside government as Prime Minister Boris Johnson considers reversing a decision to keep Huawei in Britain’s next-generation 5G communications network.

Such a U-turn would be welcomed by the US and an influential group of Conservative MPs who have been highly critical of Huawei.

But it would have serious implications for UK-China relations – and make the rollout of 5G in the UK slower and more expensive.

The 86-page report – entitled “China’s Elite Capture” – lists what it alleges are Beijing’s “main UK objectives”, which include:

Bob Seely, a Conservative MP opposed to Huawei who has seen the document, said: “We need a new relationship with China, part of that is ensuring that our political and business environment is free from malign or covert influence operations.

“We have been too unknowing, and frankly too complacent, for too long.”

Liu Xiaoming, China’s ambassador to the UK, strongly refuted any suggestion of meddling.

“I would totally reject any accusation of interference in the UK’s internal affairs,” he said in response to a question from Sky News at a news conference on Monday.

Sky News did not cite from the report, but asked the diplomat to respond to claims by “some people” that China is allegedly conducting subversive activities, trying to influence elements of UK politics, academia and business to further its influence and interest.

Mr Liu said: “I have been ambassador here for more than 10 years. I never come across any incident that would be excused by UK government, by any institutions with hard evidence of China’s interference in UK’s internal affairs. If you have evidence please show me but do not make disinformation, false accusations against China.”

He continued: “China has fully committed to norms governing international relations. That has been our consistent policy.”

A Huawei spokesperson said in a statement: “We categorically refute these unfounded allegations, which do not bear scrutiny and are regrettably the latest in the long-running US campaign against Huawei.

“They are designed to deliver maximum reputational damage to our business and have no basis in fact.”

Film producer Andrew Duncan – who is Scottish-American and is a critic of the Chinese Communist Party (CCP) – paid tens of thousands of dollars for the report.

He said he wanted to use it to try to inform the debate in the UK on Huawei and the CCP.

In particular he said he would like to see the UK government reverse its decision to allow Huawei into its 5G network.

He said: “I think they need to lay off this decision and go with vendors who we know are not going to compromise the security and the safety of the people of the United Kingdom and frankly the people of the free world.”

Among other contributors to the report was Arthur Snell, a former British diplomat, who works at Orbis Business Intelligence, a private intelligence company co-owned by Mr Steele.

Another former senior diplomat with deep knowledge on China but who did not wish to be identified was also involved.

The term “elite capture” is used to refer to the alleged targeting by China of senior individuals across UK society, from politics and business to think tanks, the media and universities.

“Elite capture has a range of characteristics from ‘useful idiots’ to full-time agents of the CCP,” the document said.

“All variants are present in the UK context.”

A section of the report on Huawei contained details of an alleged fake PR campaign apparently designed to benefit the technology company – a claim strongly refuted by Huawei and a British peer and businessmen purportedly targeted.