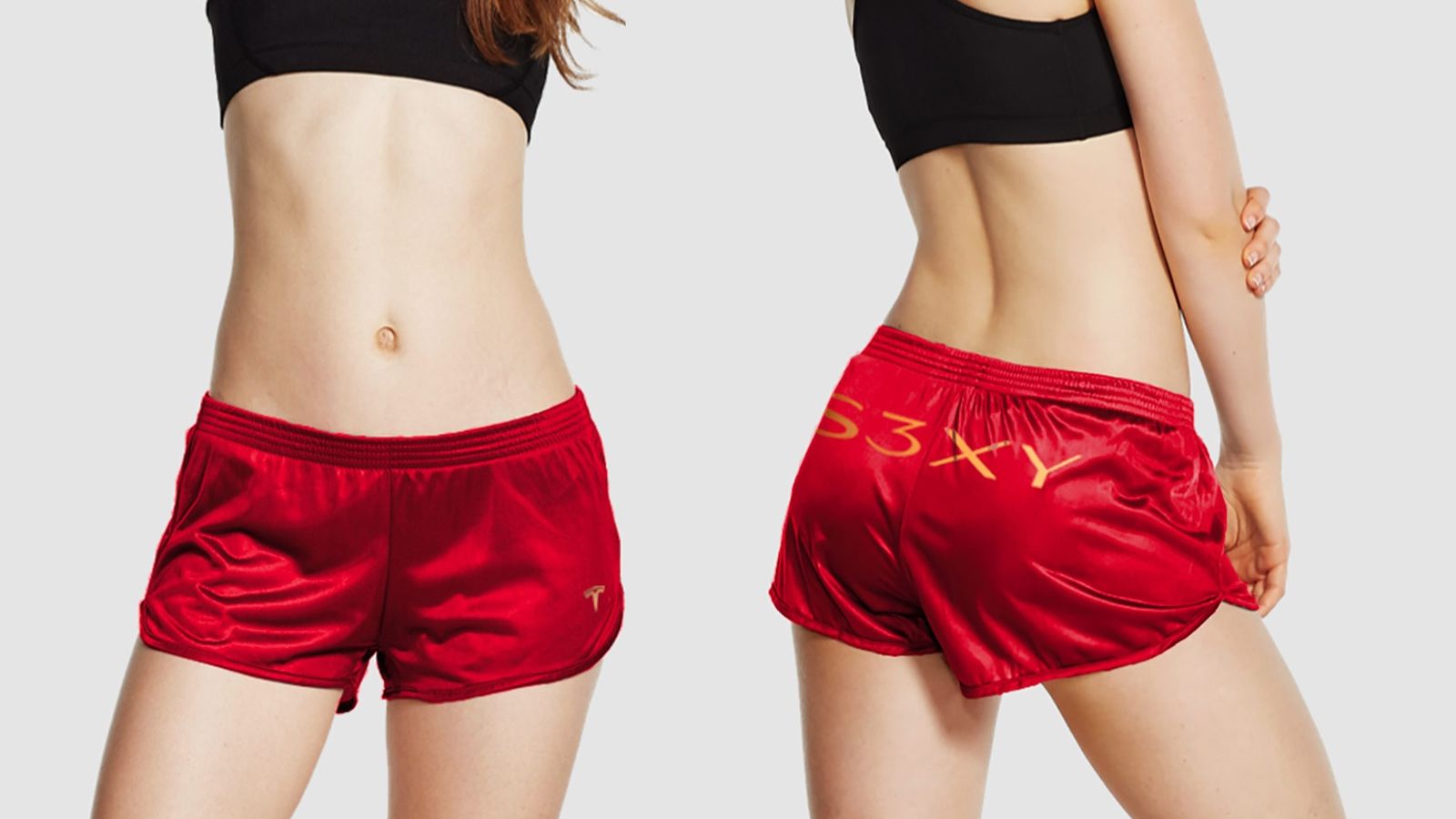 Elon Musk has followed through on a joke to sell short shorts through Tesla’s online store, which briefly went offline when the items debuted this weekend.

The items are being sold in a limited-edition run, apparently only for the purpose of criticising the electric car-makers’ short sellers, at a price which references a puerile internet meme about a sexual position and cannabis consumption.

Musk, who recently turned 49, has often criticised short sellers on Twitter and initially suggested that Tesla would sell “fabulous short shorts in radiant red satin with gold trim” in a series of messages mocking the practice.

Short sellers are people who borrow and then sell stock, anticipating a decline in price when they will buy it back for less money – thus making a profit when the stock drops in value.

The Tesla chief executive jibed that he would “send some to the Shortseller Enrichment Commission to comfort them through these difficult times” and said they would cost $69.420.

The Securities and Exchange Commission is the US agency which regulates stock and options exchanges.

Musk has had numerous run-ins with the agency, including after tweeting that he was considering taking the electric car-maker private at a price of $420 a share – the number being a popular reference to cannabis consumption.

The SEC filed a lawsuit against Musk for this tweet – alleging it had amounted to securities fraud as the tweet sent Tesla’s stock price up more than 7%, before plummeting more than 10% the day after the legal action was announced.

Musk settled this suit for a $20m fine and stepped down as the company’s chairman.

His comments follow a year of remarkable gains for Tesla, rocketing up from around $233 per share last July to more than $1,208 per share today, an increase fittingly of almost 420%.

The company has cut the prices of its electric vehicles by up to 6% in the US in a bid to bolster demand hit by the coronavirus lockdown.

In defiance of state orders issued to tackle the COVID-19 outbreak, Tesla’s factory in Fremont, California resumed production back in May.

The weekend before reopening the factory, Musk threatened to move Tesla’s HQ to Texas or Nevada.