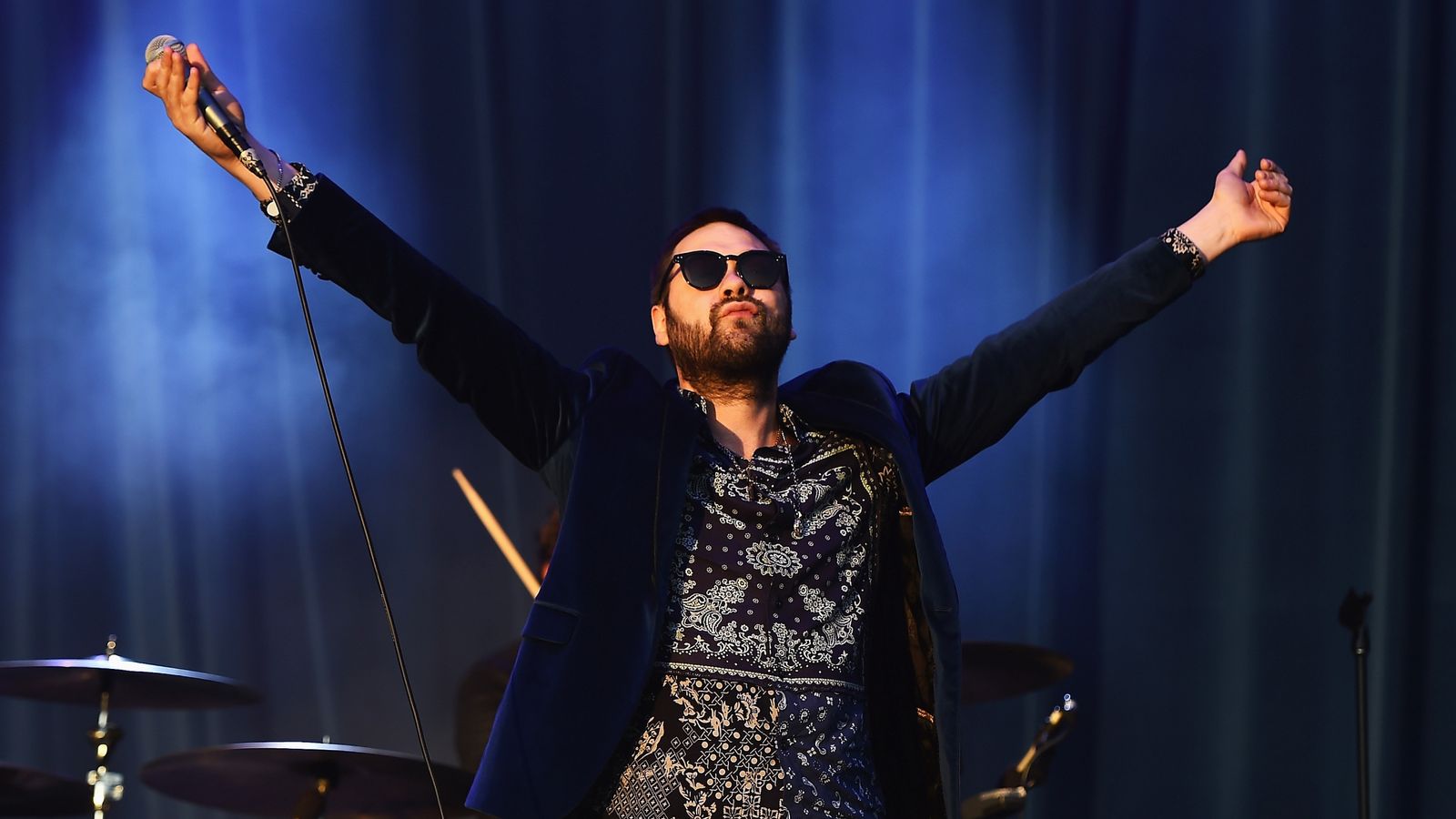 Kasabian frontman Tom Meighan has left the band after struggling with “personal issues”.

A statement on behalf of the group said: “Kasabian have announced today that Tom Meighan is stepping down from the band by mutual consent.

“Tom has struggled with personal issues that have affected his behaviour for quite some time and now wants to concentrate all his energies on getting his life back on track.”

The rock band say they “will not be commenting further”.

The Leicester-based band went on an extended break last year, but had been due to play a huge return gig in their home city last month.

They were left “absolutely brokenhearted” after the coronavirus pandemic put pay to their plans.

Speaking to Sky News about his solo music just a few weeks ago, Meighan described the band as “solid”, saying: “I’m writing loads of music at the minute. We’ll see what happens. I’ve got a few cookies in the jar…

“They aint bad, you know. It’s very autobiographical, like the story of my life. It’s kind of… heartbreaking. Well, not heartbreaking, just to the core, you know. Very real.

“And you know, when Sergio did his thing last year, everyone was like, ‘how do you feel about it?’ I love it. Why wouldn’t I? And his music was incredible…

“He’s doing his thing, I’m doing mine but Kasabian are still solid. You know, it’s just a bad time at the moment, for rock ‘n’ roll. For human beings in general.”

He also said he’s been writing his own material for years.

“I’m logging my life, like a diary. And I was like, these songs aint bad, really. I think they’re all right. We’ll see what happens.”

Speaking about their cancelled comeback due to COVID-19, Meighan told Sky News last month: “I believe things happen for a reason. So I’d imagine we’ll be back next year to play Vicky Park when the restrictions are all gone. But I can’t imagine any rock’n’roll music being played till at least next summer.

“It’s a bit of a kicking but we’ll be back, it’ll be stronger. There’s people who have cancelled weddings, lots of things. It’s just one of those things and unfortunately, coronavirus, what’s happened to the world is very serious.

“I can’t wait to go back out there and play rock’n’roll music again. But you’ve got to be so careful. And it’s not media hype or anything, this disease is real.”

One of the most famous bands of the 2000s, Kasabian was formed by Meighan, songwriter Serge Pizzorno, bass player Chris Edwards and lead guitarist Chris Karloff while they were still at school in the 1990s.

Karloff left the band in 2006 due to “artistic and creative differences”.

Drummer Ian Matthews, the only member not from Leicester, joined the group in 2004.

The band have released six albums over their 23-year history, with all but one reaching the top of the charts.

Pizzorno, who Meighan has described as his “best mate” as well as colleague, released his first solo album last year.

Meighan, who still lives in Leicester, is engaged and has an eight-year-old daughter, Mimi.