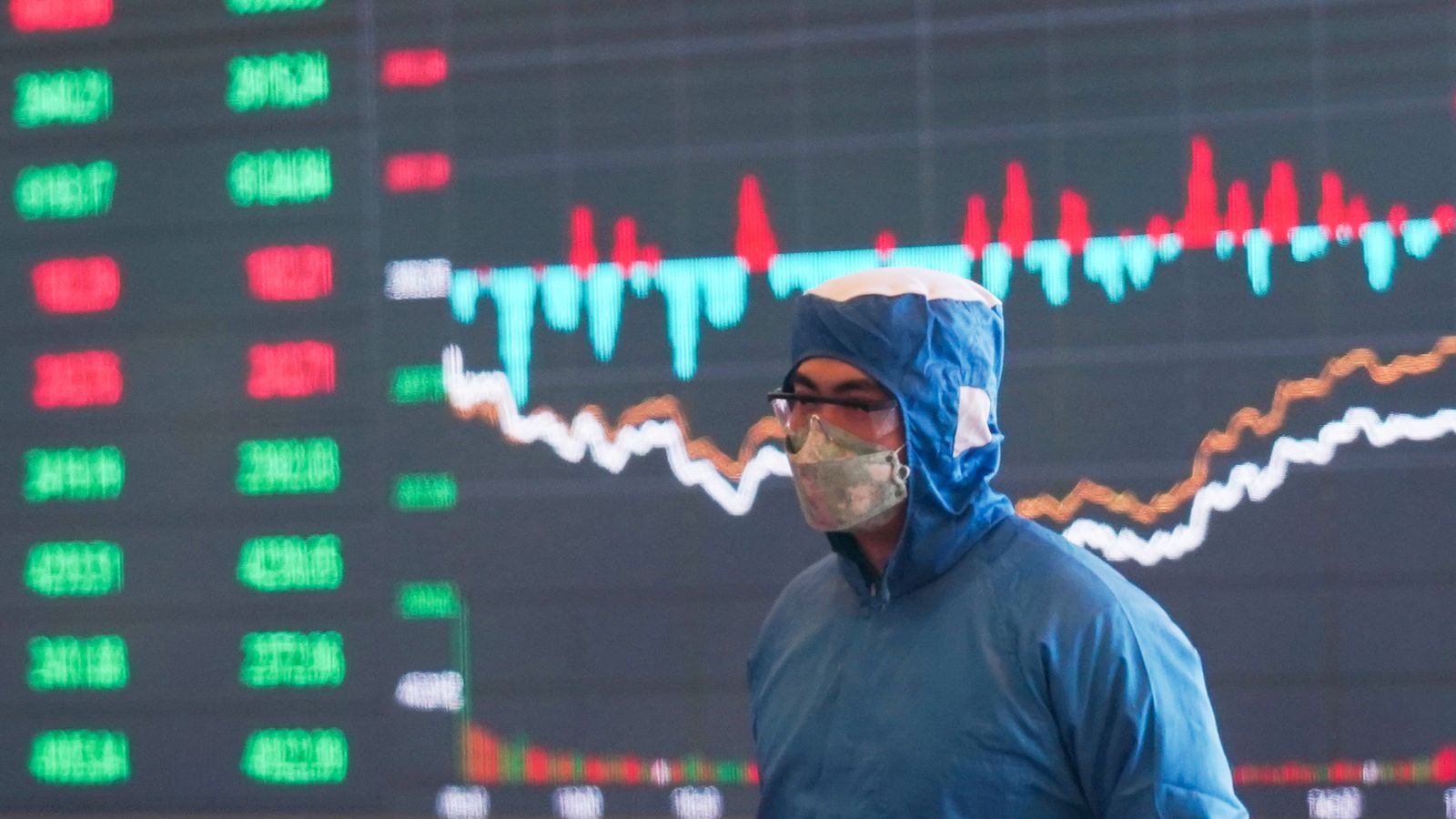 Investors took the lead from China’s benchmark Shanghai Composite index, which jumped by 5.8% on Monday to record its biggest daily increase in five years.

Analysts said the share spending spree was fuelled by cheap funding to invest in an economy that analysts predict will recover faster and better than other major countries battling new waves of infections.

They include the US, the world’s largest economy, which is enduring rising numbers of COVID-19 cases in 41 states, with Florida witnessing record daily growth in confirmed sufferers.

Edward Moya, senior market analyst at OANDA in New York, said only a big acceleration in fatalities would likely affect market sentiment as the S&P 500 on Wall St ground out a fifth day of consecutive gains on Monday to close 1.5% up.

Europe and US trading saw sectors with strong exposure to China outperforming as data covering its economy continues to suggest a steady return to activity.

The FTSE 100 in London gained 2.1% – leaving it 16% short of its 2020 peak – with housebuilders also helping to lead the way amid reports the UK’s Chancellor of the Exchequer, Rishi Sunak, is to provide support for the housing market through Stamp Duty concessions for properties worth up to £500,000.

The tech-focused Nasdaq in New York hit record new levels after a closely-watched report showed much better than expected growth for US services firms in June.

The report was released against the backdrop of US employment figures last week that showed a record 4.8 million net jobs were created last month, though most of those were accounted for through re-hires.

Among individual stocks Tesla, the world’s biggest carmaker by market value since last month, surged 10% at one stage on Monday after a new analyst “buy” rating.

Commenting on the wider market mood, Peter Essele, head of portfolio management for Commonwealth Financial Network, said: “The worse-case scenario for markets is that governments resume the lockdowns implemented during the spring, which led to the sudden recession that swept the world, and choke off the budding economic recovery. “