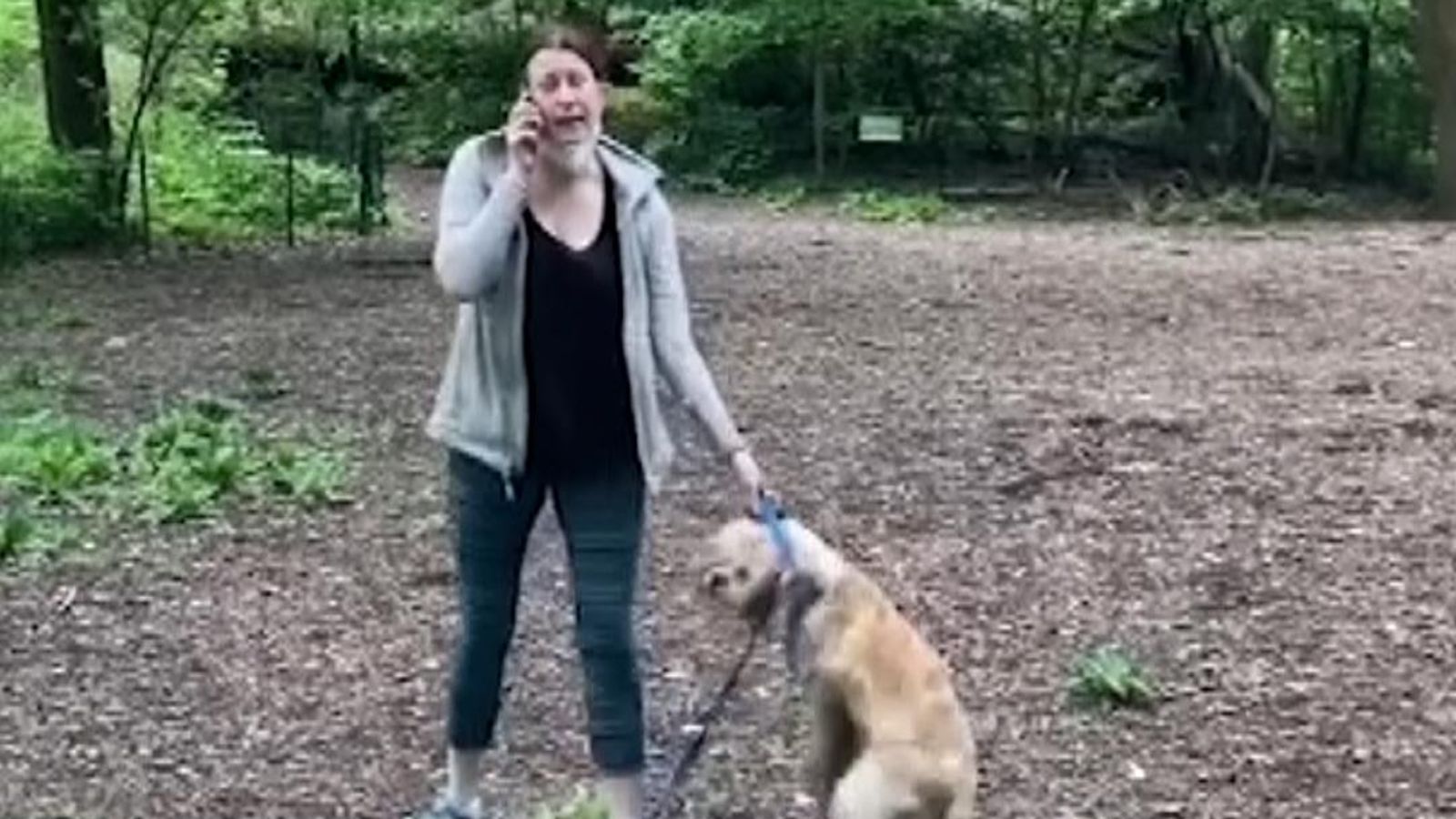 A white woman who called the police on a black man while he was bird watching in New York has been charged by police.

Amy Cooper is accused of falsely reporting an incident in the third degree, the district attorney of New York has said.

It comes after Ms Cooper told police Christian Cooper was “threatening her life” during a dog walk in Central Park.

In footage of the incident, which was filmed by Mr Cooper, Ms Cooper is seen asking him to stop filming her.

When he refuses, she tells him she will call the police and say an “African American man is threatening my life”.

Ms Cooper is later seen making the call and telling the 911 call handler: “There is a man, African-American, he has a bicycle helmet – he is recording me and threatening me and my dog.”

Appearing to become hysterical, she then adds: “Please send the cops immediately!”

In a statement published online on Monday, district attorney Cy Vance Jr said: “Today our office initiated a prosecution of Amy Cooper for falsely reporting an incident in the third degree.

“Our office will provide the public with additional information as the case proceeds. At this time I would like to encourage anyone who has been the target of false reporting to contact our office. We are strongly committed to holding perpetrators of this conduct accountable.”

After the incident, Mr Cooper published the footage on Facebook.

He said the row began when he pointed out a sign that states dogs must be on a lead in the area, which is known as the Ramble.

He said she claimed it was too dangerous, before he tried to give the dog a “treat” and she warned him off as the altercation escalated and he began filming.

Ms Cooper told US media she is not racist and was just scared when Mr Cooper “came out of the bush”.

She told NBC News: “I sincerely and humbly apologise to everyone, especially to that man, his family.

“It was unacceptable and I humbly and fully apologise to everyone who’s seen that video, everyone that’s been offended, everyone who thinks of me in a lower light – and I understand why they do.”

Ms Cooper, who had been a head of insurance portfolio management at Franklin Templeton, was later fired from her job.

The incident came amid a spate of police killings of black people across the country.

Many who saw the video accused Ms Cooper of unnecessarily endangering Mr Cooper’s life by falsely claiming to police that he was threatening her.