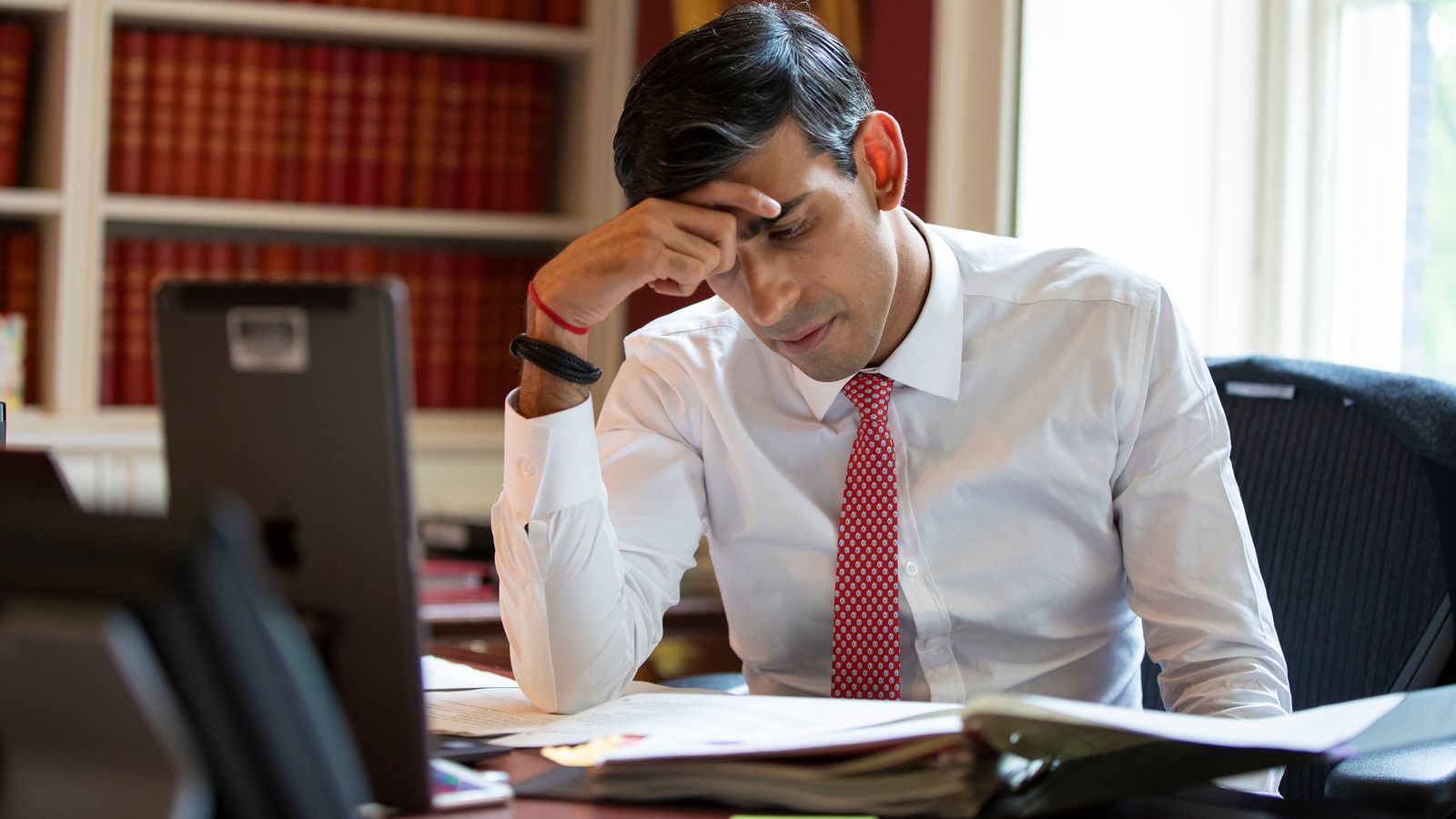 Chancellor Rishi Sunak will spend £2bn funding hundreds of thousands of “work placements” to keep young people off the dole in his emergency economic update to MPs on Wednesday.

Mr Sunak will put job creation and training schemes at the heart of the latest stage of the coronavirus recovery plan as the government begins to withdraw the furlough scheme in the next three months which paid people to stay at home without working.

Some in government fear unemployment could top three million in coming months.

The government will want to boost the economy, with signs they could boost the housing sector by announcing a cut to stamp duty within hours.

Under the new work placement initiative, employers will be paid by the Treasury to employ people aged 16-24, for 25 hours of work a week for up to six months under the chancellor’s new “Kickstart Scheme”.

The chancellor will pay employers the entire cost of the minimum wage for those they give temporary jobs to under the scheme, which is open to people on Universal Credit being helped by a “work coach”.

Overall, this fund is estimated at approximately £2bn although Whitehall sources stress there is huge uncertainty over the figure.

Sky News understands this is unlikely to be the biggest single item to be announced in Wednesday’s summer update.

The Treasury will argue it is taking this action because young people are more likely to be furloughed.

A quarter of a million more people aged under 25 are claiming unemployment benefits since March and young people are leaving education into an extremely difficult jobs market.

Mr Sunak said: “Young people bear the brunt of most economic crises, but they are at particular risk this time because they work in the sectors disproportionately hit by the pandemic.

“We also know that youth unemployment has a long-term impact on jobs and wages and we don’t want to see that happen to this generation.

“So we’ve got a bold plan to protect, support and create jobs – a Plan for Jobs.”

Mr Sunak will also confirm a number of schemes announced by the Treasury this week.

The Treasury has been considering further schemes to kick start the economy, including targeted VAT cuts for stricken industries and a voucher scheme to encourage high street spending.

However one Whitehall source played down the chance of a voucher spending scheme being announced by Mr Sunak today, amid signs of growing Tory criticism about such an idea.

Labour’s shadow chancellor Anneliese Dodds said the government is “yet to rise to the scale of the unemployment crisis”.

She called for an end to the “one-size-fits-all” approach to ending the job retention and self-employment schemes.