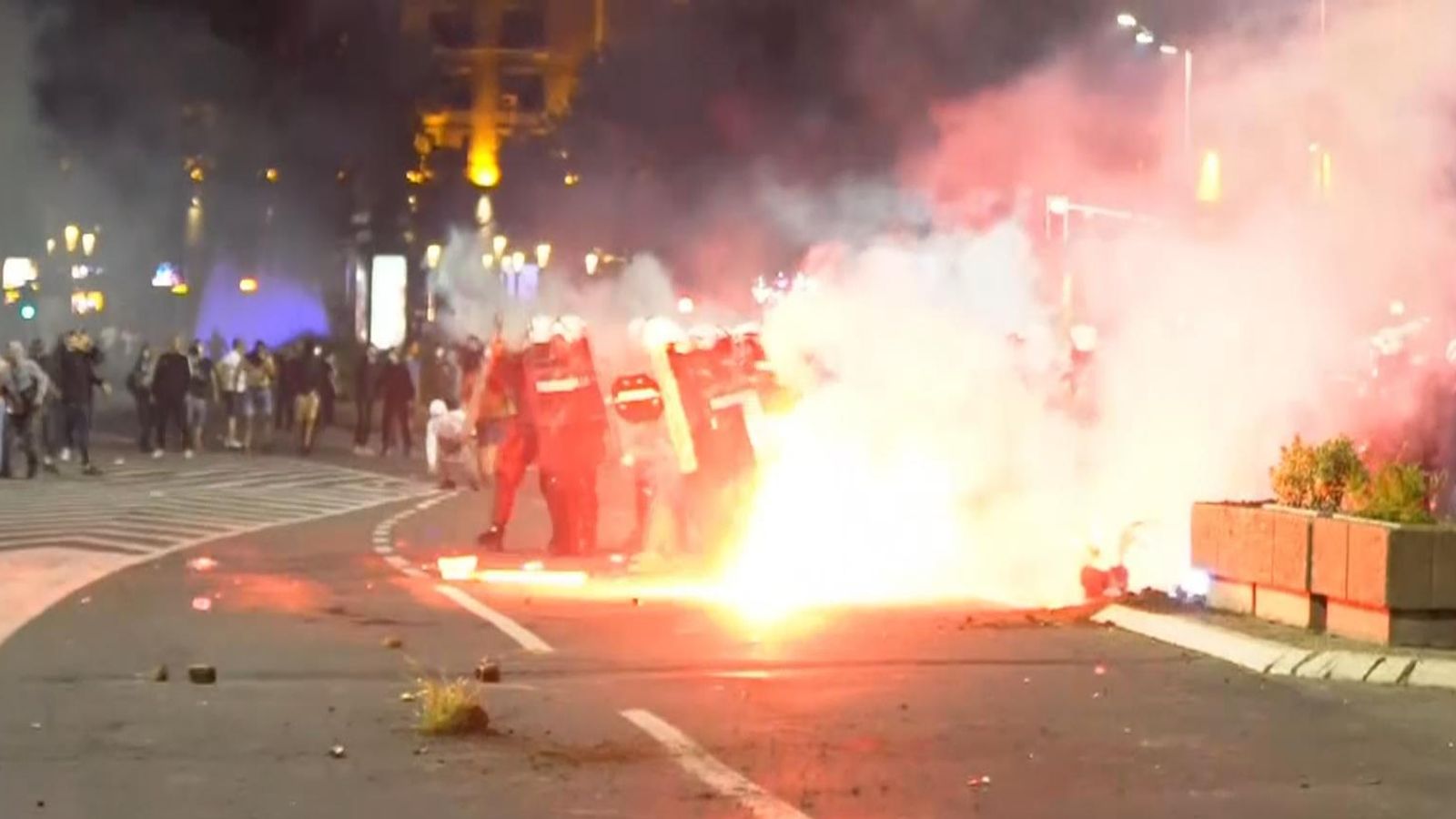 Thousands of protesters have clashed with riot police in the Serbian capital Belgrade after the country’s president announced the reintroduction of a lockdown following a spike in coronavirus cases.

Serbia went from one of the strictest lockdowns in Europe to a near complete reopening of the country at the beginning of May.

Football and tennis matches were played in packed stadiums and parliamentary elections were held despite warnings that the mass gatherings without social distancing could lead to a new coronavirus wave.

On Tuesday the country’s Health Ministry said 13 people had died in 24 hours and 299 new COVID-19 cases were confirmed.

That brought the total to 16,719 confirmed cases and 330 virus-related deaths since the start of the pandemic in Serbia.

Demonstrators angry at the government’s handling of the crisis threw flares and fireworks at police and tried to storm the central parliament building. Some managed to get inside before being pushed back by security forces.

He also admitted that some mistakes were made: “We probably relaxed too much,” he said. “Everyone thought it was all over.”

But he rejected criticism of the decision to hold parliamentary elections in June, originally scheduled for April, despite daily cases of coronavirus infection.

Mr Vucic’s Serbian Progressive Party won more 60% of the vote, or 188 seats in the 250-seat Serbian parliament, in a poll largely boycotted by opposition parties because of alleged corruption and a lack of press freedom.

Neighbouring country Montenegro has imposed a compulsory quarantine on anyone arriving from Serbia because of the increased rate of infection and Greece has banned Serb tourists from entering the country.