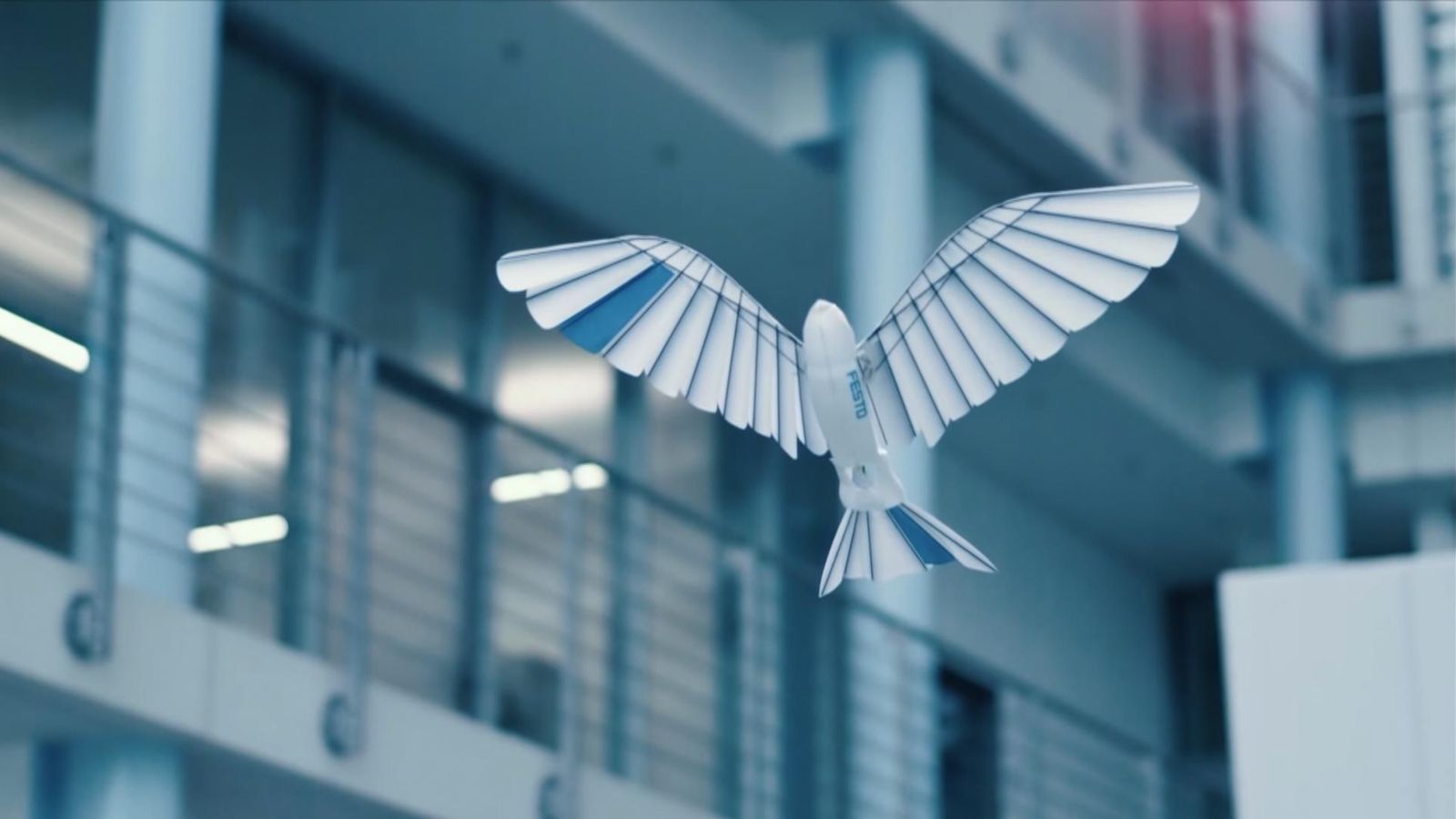 The firm acknowledges that the robo-birds don’t have any business applications yet, but hopes one could be found in future.

Until then, a whole fleet (or flock) of the birds have been unveiled in a video showing off how they can take to the air.

Festo has built miniaturised robots before, but nothing quite like these birds, which are able to flutter through the air, gliding and even directing themselves thanks to a radio system.

Officially called the BionicSwift, the next generation robot is able to fly thanks to ultra-lightweight artificial feathers.

Each device weighs only 42 grams, meaning nine of them would weigh the same as a full soft drink can – or about twice as much as a real swallow.

Festo has managed to get the birds to fly with realistic motion thanks to the artificial feathers and soft plates covering their bodies.

When the BionicSwift robots rise in the air, these lightweight plates bunch up to provide the lift – and when the robo-birds descend, the plates fan out to allow them to glide gracefully, or to make sharp turns and fly in loops.

“The intelligent interaction of motors and mechanics allows the frequency of the wing beat and the elevator’s angle of attack to be precisely adjusted for the various manoeuvre,” says Festo.

The battery powering the birds weighs just six grams, which only allows for about seven minutes of flying time.

The flights are also limited to an enclosed area, which is dotted with GPS transponders to guide the birds through a programmed flight path, although they are able to reroute if their flight is disturbed by winds or gusts.

“The intelligent networking of flight objects and GPS routing makes for a 3D navigation system that could be used in the networked factory of the future,” Festo suggested about its potential uses.

But even if the BionicSwallow remains no more than a toy, it is an amazing toy to look at.