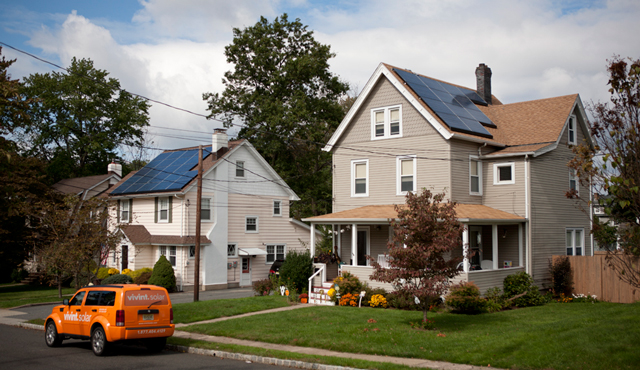 Tesla’s 2014 acquisition of SolarCity turned the electric vehicle manufacturer into the undisputed largest player in residential solar, but that lead has steadily eroded as its major competitor, Sunrun, surged ahead with more aggressive plans. Now with the $3.2 billion dollar acquisition of the residential solar installation company, Vivint Solar, Sunrun looks to solidify its place in the top spot.

From Tesla’s very early days Elon Musk has tried to define the company as an energy company rather than just a manufacturer of electric vehicles. When Tesla made its $2.6 billion bid for SolarCity the move was viewed as the culmination of the first phase of its “master plan,” which called for Tesla to “provide zero emission electric power generation options.”

Now that plan faces a major test from a publicly traded competitor that’s focused solely on providing residential solar power and the ability to lower costs for its panels through greater efficiencies of scale, according to analysts who track the solar energy sector.

“Sunrun will be freaking big,” Joe Osha, an analyst at JMP Securities, told Bloomberg News. “They are clearly looking for ways to get scale and efficiency.”

Indeed, the combined companies will save roughy $90 million per year thanks to operational efficiencies, according to a statement from Sunrun. And the economies of scale will give the companies even more leverage when they contract with utilities on feeding power into the electric grid.

As Sunrun acknowledged in the announcement of its acquisition of the Blackstone-backed Vivint, the combined customer base of 500,000 homes represents over 3 gigawatts of solar assets. That figure still is only 3% penetration of the total market for residential solar in the United States.

Sunrun had already edged out Tesla for the top spot in residential solar installations and together the two companies account for 75% of new residential solar leases each quarter, according to data from Bloomberg NEF.

“Americans want clean and resilient energy. Vivint Solar adds an important and high-quality sales channel that enables our combined company to reach more households and raise awareness about the benefits of home solar and batteries,” Sunrun CEO and co-founder Lynn Jurich said in a statement. “This transaction will increase our scale and grow our energy services network to help replace centralized, polluting power plants and accelerate the transition to a 100% clean energy future.”

Even as Sunrun’s $1.46 billion stock (and the assumption of about $1.8 billion in debt) creates a massive competitor to Tesla’s solar business, there’s an opportunity for Tesla to sell more batteries through its residential solar competitor.

Sunrun and Vivint will likely be pushing their customers to add energy storage to their solar installations and that means using either Tesla’s Powerwall batteries or its own Brightbox batteries manufactured in partnership with LG Chem .

Investors have responded to Sunrun’s latest maneuver by pouring money into the stock. Sunrun’s shares were up over $5 in midday trading. 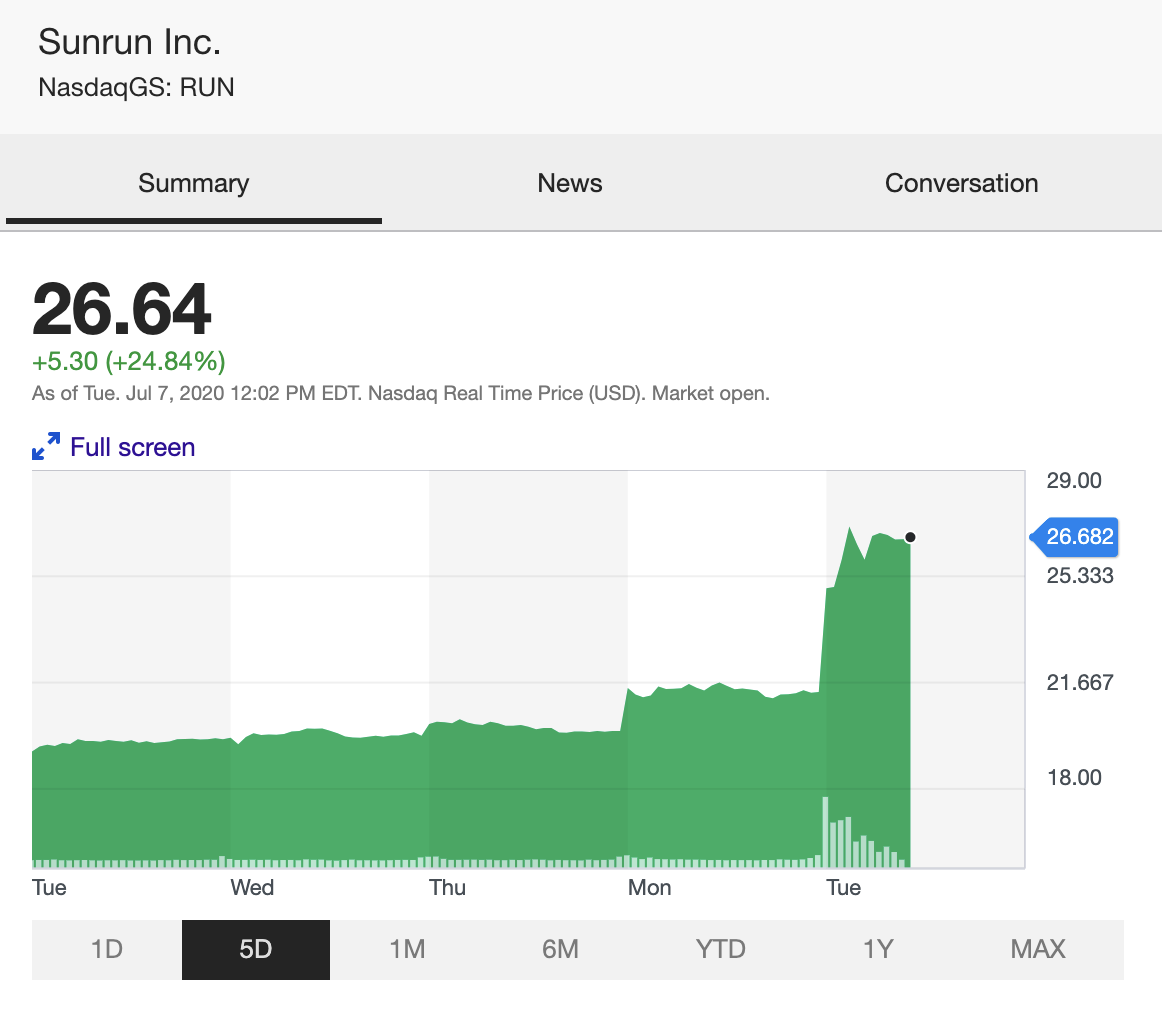 “Vivint Solar and Sunrun have long shared a common goal of bringing clean, affordable, resilient energy to homeowners,” said David Bywater, Chief Executive Officer of Vivint Solar, in a statement. “Joining forces with Sunrun will allow us to reach a broader set of customers and accelerate the pace of clean energy adoption and grid modernization. We believe this transaction will create value for our customers, our shareholders, and our partners.”