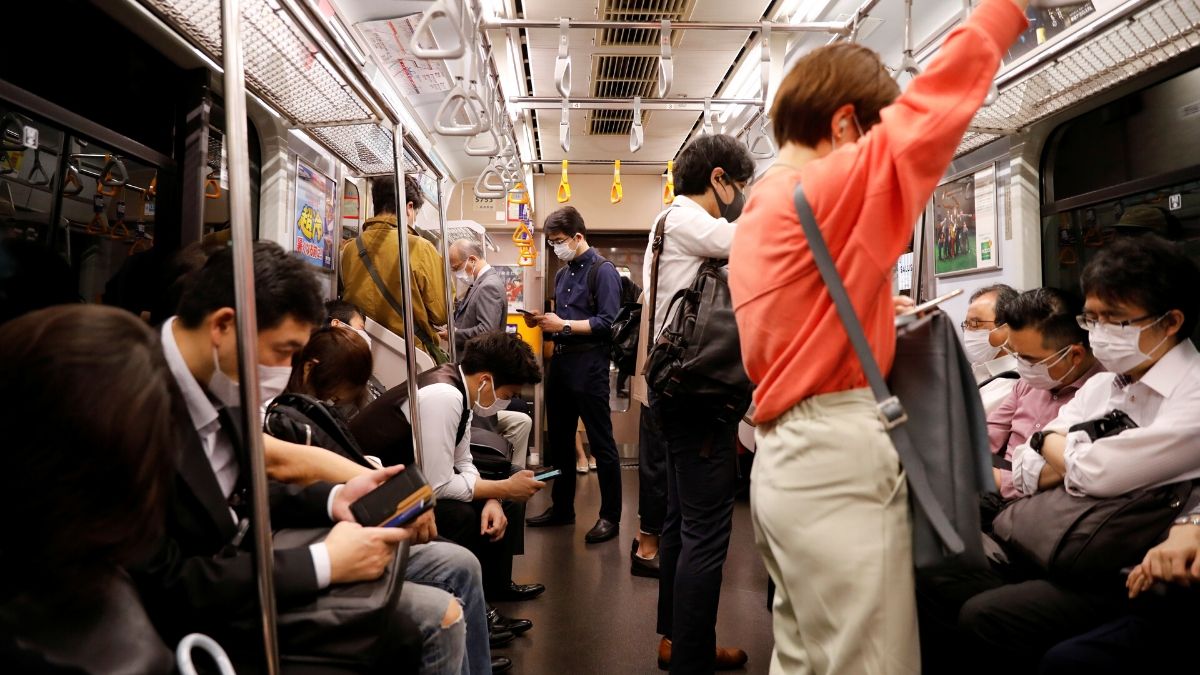 Supercomputer-driven models simulated in Japan suggested that operating commuter trains with windows open and limiting the number of passengers may help reduce the risk of coronavirus infections, as scientists warn of airborne spread of the virus.

In an open letter published on Monday, 239 scientists in 32 countries outlined evidence that they say shows floating virus particles can infect people who breathe them in.

The World Health Organisation (WHO) acknowledged ‘evidence emerging’ of airborne transmission, but said it was not definitive.

Even if the coronavirus is airborne, questions remain about how many infections occur through that route. How concentrated the virus is in the air may also decide contagion risks, said Kyoto University professor Yuki Furuse.

In the open letter, scientists urged improvements to ventilation and the avoidance of crowded, enclosed environments, recommendations that Shin-ichi Tanabe, one of the co-authors of the letter, says Japan broadly adopted months ago.

“In Japan, the committee for COVID-19 countermeasures insisted on the 3Cs at an early stage,” said Tanabe, a professor at Waseda University in Tokyo, referring to Japan’s public campaign to avoid ‘Closed spaces, Crowded places and Close-contact settings.’ “This is ahead of the world.”

As Japan tamed the pandemic, with more than 19,000 confirmed cases and 977 deaths so far, Economy Minister Yasutoshi Nishimura credited its success to the 3Cs and its cluster-tracing strategy.

The recent study by Japanese research giant Riken using the world’s fastest supercomputer, the Fugaku, to simulate how the virus travels in the air in various environments advised several ways to lower infection risks in public settings.

Its lead researcher, Makoto Tsubokura, said that opening windows on commuter trains can increase the ventilation by two to three times, lowering the concentration of ambient microbes.

But to achieve adequate ventilation, there needs to be spaces between passengers, the simulations showed, representing a drastic change from Japan’s notoriously packed commuter trains.

Other findings advised the installation of partitions in offices and classrooms, while in hospitals, beds should be surrounded by curtains that touch the ceiling.