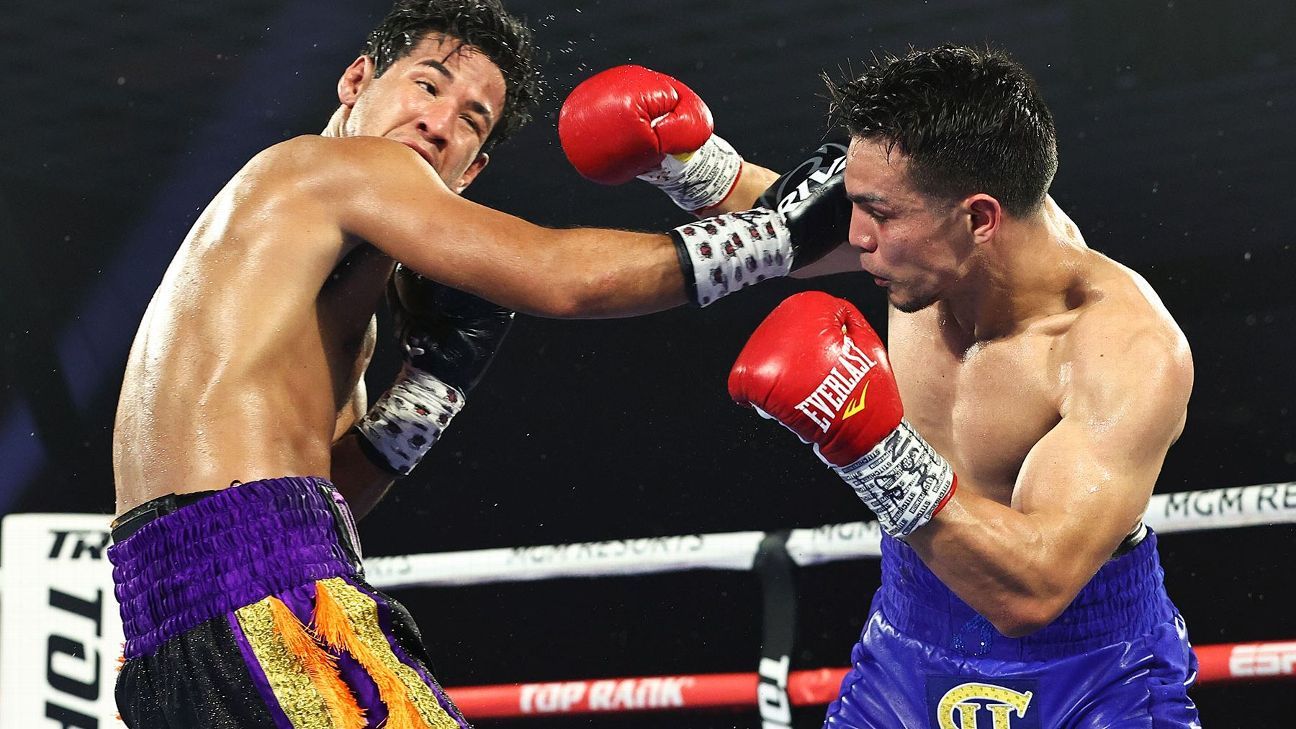 Jose Zepeda did what he was expected to do on Tuesday — he once again proved himself to be an extremely well-schooled and fundamentally sound fighter as he controlled the majority of his fight against Kendo Castaneda in the main event of a Top Rank on ESPN card at the MGM Grand Conference Center in Las Vegas.

Zepeda is undeniably silky smooth and a sharp technician, but even though he won for the 32nd time as a pro against just two defeats, he left you wanting just a bit more.

As he cruised to victory in the late rounds against Castaneda, there was a hope that Zepeda could end on a flourish at the end, an exclamation point to his outing to leave fans with a memory and a reason to be excited for a future world title fight. Instead, it was simply a workmanlike effort in seeing the fight out to the end of the 10th and final round.

It’s hard not to be impressed by Zepeda’s vast skill set, but his inability — or maybe it’s an unwillingness — to shift into another gear costs Zepeda something in terms of wider appeal.

The way Zepeda fights is like having a sleek, dynamic sports car that you never push past 65 miles per hour. It’s good enough to get you home, but you’re left with the frustration of wondering “what if.”

Zepeda has already proven he has what it takes to fight on the same level as the best the 140-pound division has to offer. He easily could have had his hand raised last year when the WBC junior welterweight title was on the line against Jose Ramirez, but the majority decision went the other way.

It’s possible that Zepeda’s risk-averse approach against Castaneda was the result of a letdown in not facing fellow 140-pound contender Ivan Baranchyk as originally scheduled, or not having enough time to prepare for Castaneda. But Zepeda fought down to the level of his competition, and he isn’t the first fighter to fall into that trap.

But if Zepeda wants to be one of the top junior welterweight fighters in the division and get a rematch against Ramirez, a fight against Josh Taylor or a fight for a vacant belt if one of those two moves up in weight, there can’t be another performance like Tuesday’s. Putting forth maximum effort no matter the circumstances is one of the key factors that separate talented fighters from the truly great ones.

Gabriel Muratalla, who has gained notoriety because of balancing his job as a preschool teacher with being a professional prizefighter, got some hard rounds in against the tough Sergio Lopez. Yeah, Lopez’s record was a bit upside down (4-5-3 coming in), but Lopez is a guy who has never been stopped, and in his last bout he defeated the 7-0 Anthony Casillas. Lopez had also spent time in the camp of Andrew and Jason Moloney, getting quality work in the lead-up to his fight against Muratalla.

Top Rank Boxing is on ESPN and ESPN+. Subscribe to ESPN+ to get exclusive boxing events, weigh-ins and more.

After a tough first round, Muratalla got more and more comfortable and he began to adjust to working inside. By the third and fourth round his combinations were starting to flow much more freely. For a guy who had scored three first-round KOs for a total ring time of just over six minutes, this was an invaluable experience. Muratalla saw the final bell and found some things out about himself as he got better as the night went on. Muratalla might be more than just a feel-good story — he could be a legitimate bantamweight prospect.

“The Bubble” has been an opportunity for boxers like Muratalla, who prior to the start of the summer wasn’t even the best known fighter in his own family, to gain exposure and move his career forward. Muratalla has taken advantage of both opportunities inside a Top Rank ring, and fortune favors the bold. Muratalla has had the experience to live the life of a full-time fighter over the past few months during the pandemic, and he’s put himself on the radar. This teacher may have found a new career, and I’m eager to see how he looks as he steps up in the level of competition.

Did Vences’ bubble burst inside “The Bubble”?

You could make the argument that Andy Vences did enough to edge past Luis Alberto Lopez in a close fight, even though he lost. But regardless of the result, Vences didn’t do nearly enough against Lopez to indicate that he can compete at an elite level at junior lightweight.

With this split decision defeat — his second decision loss in three fights — his future as a top fighter could be murky. Vences’ progress has clearly stalled in the last year or two, and while he showed an abundance of heart in seeing the finish line on Tuesday, we may well have seen a fighter that has hit his ceiling.