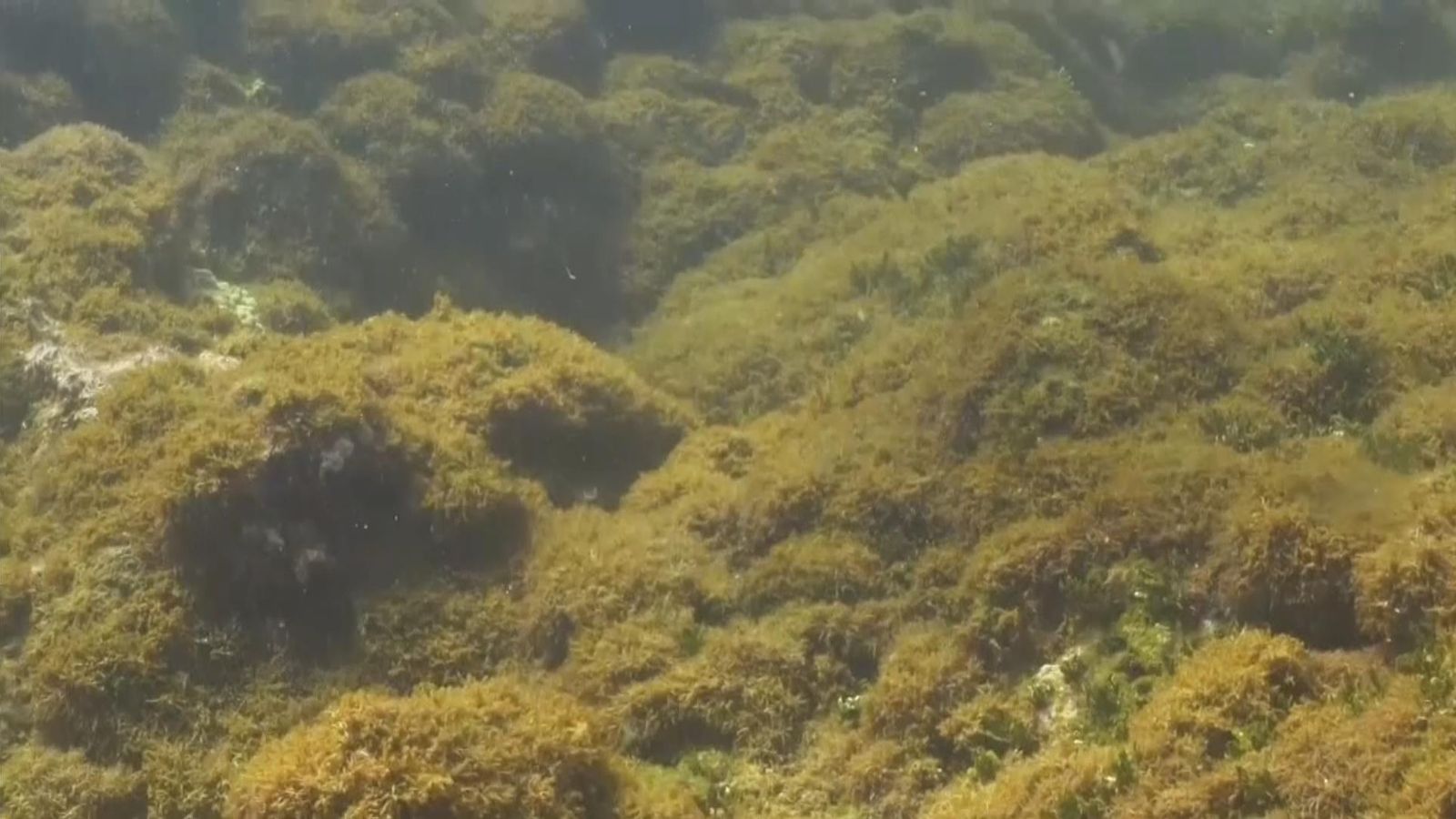 A newly-discovered species of seaweed is spreading rapidly and killing large patches of coral in one of the most protected ocean environments in the world, researchers have said.

A study from the University of Hawaii and others says the seaweed, which is part of the algae family, is spreading faster than anything they have seen in the remote Northwestern Hawaiian Islands, part of a nature reserve that stretches more than 1,300 miles north of the main Hawaiian Islands.

The algae easily breaks off and rolls across the floor like tumbleweed, scientists have said.

It then covers once-pristine reefs in thick vegetation that out-competes coral for space, sunlight and nutrients.

Co-author of the study Heather Spalding, a biologist and longtime Hawaii algae researcher, said: “This is a highly destructive seaweed with the potential to overgrow entire reefs.

“We need to figure out where it’s currently found, and what we can do to manage it.”

Government researchers were on a routine survey of the Pearl and Hermes Atoll in 2016 when they found small clumps of seaweed they’d never seen before.

They returned last summer to find algae had taken over huge areas of the reef.

Ms Spalding, who was among the divers there, said in some areas it was covering “everything, as far as the eye could see” with seaweed nearly 20cm thick.

She added: “Everything underneath of it was dead.”

The area was mostly devoid of large schools of tropical fish and other marine life that usually cruise the vibrant reef.

Researchers said fish that typically eat algae were not grazing on the new seaweed.

Dives along the outer reef of the 15-mile (24km) atoll revealed the seaweed in varying densities and depths.

Scientists say the actual coverage area is likely much larger than documented because they couldn’t survey many sites during their brief visit.

It is close to the Midway Atoll which is the site of a pivotal World War II air and sea battle.

The uninhabited atoll is in the 600,000 sq/mile (1.6million sq/km) Papahanaumokuakea Marine National Monument, one of the world’s largest protected marine environments.

Noting that individual mats of seaweed were as big as several soccer fields, researchers say the algae could dramatically alter Pearl and Hermes reef and threaten the entire Hawaiian archipelago if it spreads.

Hawaii’s main islands have several established invasive seaweeds, but cases in the remote northwest are rare.

University of Hawaii Professor Alison Sherwood, the chief scientist on the study, said: “We have, not until now, seen a major issue like this where we have a nuisance species that’s come in and made such profound changes over a short period of time to the reefs.”

Researchers studied the seaweed’s DNA to try to determine its origin but concluded it is a new species of red algae they named Chondria tumulosa.

Professor Sherwood said the algae can spread in various ways.

It produces tumbleweed-like clumps that move around the immediate area, but it also generates spores that could be travelling much greater distances.

It is still unclear to the scientists why the algae is growing so fast and how it reached such a remote place.

The study was published in the journal PLOS ONE on Tuesday.