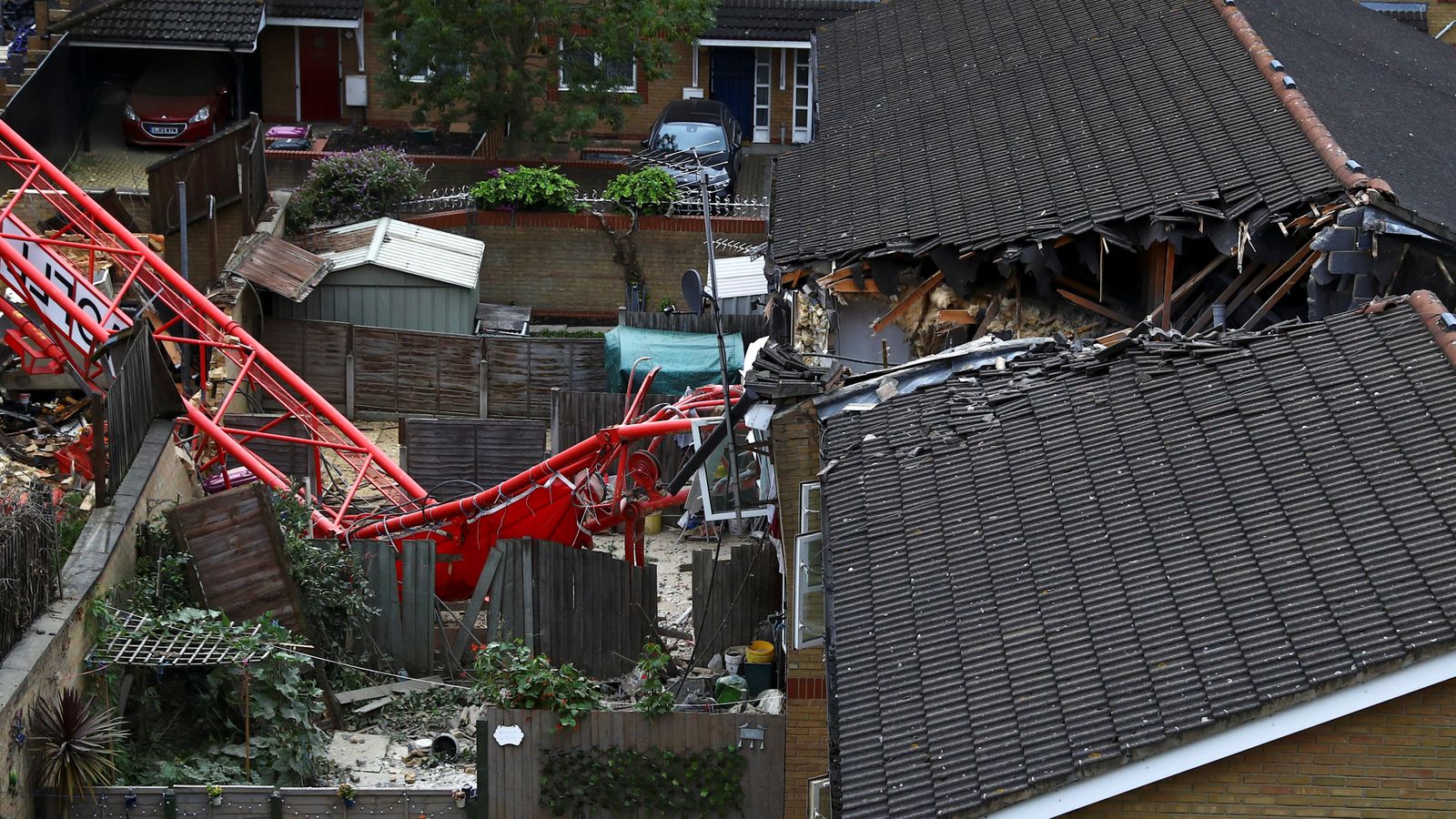 A woman has died after a 20-metre crane collapsed on houses in east London.

The woman was found on the first floor of one of the properties that was damaged after the crane came down in Bow, London Fire Brigade said.

Two people are in hospital with head injuries while two others were treated by paramedics at the scene on Wednesday afternoon.

The crane fell on two terraced houses and a block of flats under development.

Motiur Rahman told Sky News: “The whole roof of my house is gone. It’s all twisted. I’ve had quite a shock.

“It was about two thirty in the afternoon and I opened the window into the garden and just saw this big red thing coming down, and I ran. I thought, ‘I don’t know what to do’. I thought the world was ending.”

A woman, who did not give her name, said her home was also one of those damaged, adding: “I came out of the bathroom and if I had come out a second later, the attic door, which is above, could have fallen on me and that would have knocked me out.

“The way that everything fell – if my brother or sister had been in their rooms, which is where it hit directly, I just cannot bear to think about it.”

“My dad was walking back into the house to tell everyone ‘move, there is a crane coming down’.

“If anyone had been inside the two rooms there, they would have been completely crushed.”

She said there was “rubble and stuff” in the doorway and “smoke and just bits and bobs around”.

“I am not sure how I managed to run downstairs because there was stuff everywhere.

“All the smoke alarms were going off.”

“It sounded to me like an earthquake or almost like a stone that someone had chucked into our home.

“We are all just so lucky to be alive – that is all I can really say.”

The crane was being used by Swan Housing Association and NU living.

A spokeswoman said: “Swan Housing Association/NU living is aware of an incident that occurred at our Watts Grove development site in Tower Hamlets, east London, this afternoon.

“A full incident response has been implemented and our staff are on site supporting the emergency services in their response.”

Unite national officer Jerry Swain called for “an urgent, full and complete investigation into the circumstances that led to this accident”.