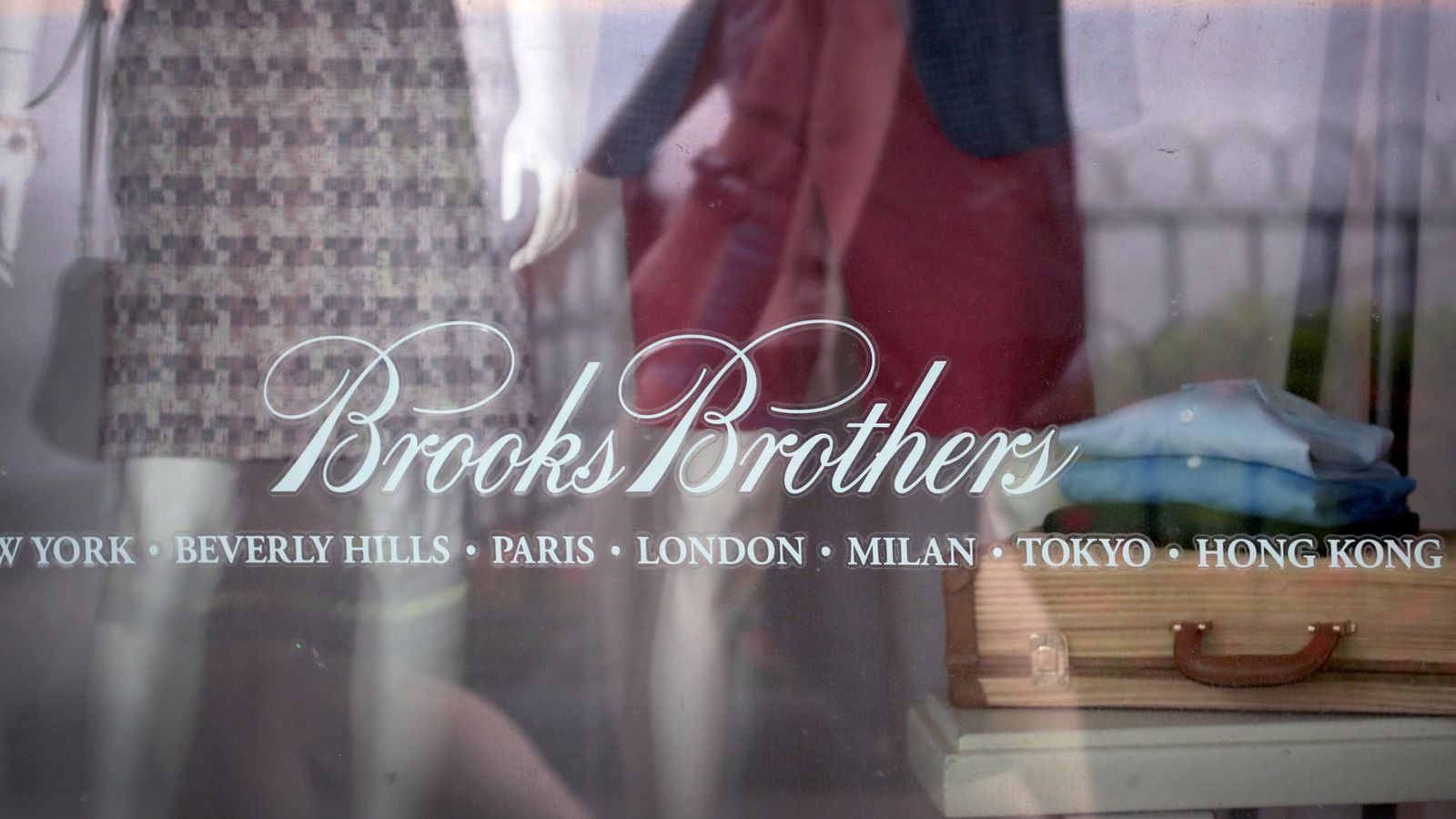 It has clothed generations of Americans for more than 200 years, including 40 of the country’s 45 presidents, but Brooks Brothers has just become the latest US retailer – and probably the most high-profile – to turn up its toes.

The company, which for the last 19 years has been owned by the Italian businessman Claudio del Vecchio – whose father founded the Luxottica eyewear group – filed for bankruptcy protection late on Wednesday, revealing it has an estimated 25,000 creditors.

While in Britain a host of well-known retailers have gone into administration since the COVID-19 pandemic began, including Debenhams, Kath Kidston, TM Lewin, Oak Furnitureland, Monsoon, Oasis and Warehouse, the US has also been rocked by a number of high profile retail failures.

They include the 113-year old department store operator Neiman Marcus, its rival JC Penney and the fashion retailer J Crew.

Other casualties include Tuesday Morning, a discount goods retailer, and GNC, a vitamin and herbal remedies retailer.

Scores of other US retailers have been hobbled by store closures during the lockdown, including The Gap, Dick’s Sporting Goods and Nordstrom, another venerable department store retailer, which – as John Lewis did in the UK on Thursday – announced in May that a number of its stores closed during the lockdown will remain in that state permanently.

What is interesting about the Brooks Brothers failure is the factors that contributed to its woes.

A lot of retail collapses in both the US and the UK have been due to the acquisition of such businesses by owners who either borrowed heavily to acquire them in the first place or which subsequently hocked them up. Store closures during lockdown subsequently pushed many over the edge.

By contrast, Brooks Brothers – whose debts are comparatively modest at between $500m and $1bn – has been caught out by changing fashions and changing tastes, chiefly the growing trend for more casual dress in the workplace.

Dress-down Friday established itself in US workplaces many years ago but, in recent years, the concept of what constituted smart-casual wear in the office had evolved further. It moved away from the preppy styles in which Brooks Brothers specialised towards even more casual fashions.

The lockdown merely accelerated and amplified that trend as people worked from home and, in the process, tended to dress more casually. It is far from clear that a more formal way of dressing in the workplace will reassert itself as office workers return from lockdown.

As Quyen Ta, a partner in the San Francisco office of the law firm King & Spalding, told the Wall Street Journal: “I’ve seen a growing trend toward more casual dress partly because that’s how our clients are dressing. I’ve met with general counsels of public companies who are in hoodies.”

As with the failures of some well-loved British retailers, the sight of Brooks Brothers seeking bankruptcy protection will pull at the heart-strings of many customers, simply because it is such a well-known and well-established name that is woven into the fabric of American culture.

Founded in 1818 as a military uniform supplier by Henry Sands Brooks on Manhattan’s Upper East Side, its suits and clothes have been worn by a number of US presidents, including recent White House residents such as Bill Clinton, George W Bush and Barack Obama, as well as Donald Trump.

Among the company’s most famous presidential customers was Abraham Lincoln, who due to his height of six foot four, which was unusual for the time, had to have his clothes custom-made.

Such an item was the frock coat he wore to his second inauguration, which featured a custom-embroidered lining featuring an American eagle and a motto reading “One Country, One Destiny”, which Lincoln was also wearing when he was assassinated in 1865.

The Union Army, of which Lincoln was commander-in-chief during the American Civil War, was also outfitted by Brooks Brothers.

The business was run by Henry Brooks until he handed over to his son, Henry Jr, in 1833. He passed control of the business to his four younger brothers – Daniel, John, Elisha and Edward – in 1850, when the company changed its name to Brooks Brothers.

Others to have worn its clothing over the years include a legion of Hollywood stars, including Cary Grant, Clark Gable, Steve McQueen, the singer Frank Sinatra and the artist Andy Warhol. More recently, it kitted out the male stars of the hit TV series Mad Men.

Affection for the brand will also have been entrenched by the fact that, as with Marks & Spencer in the UK, Brooks Brothers has traditionally been the place where generations of American men have bought their first suit prior to entering the world of work.

That connection may have been in the mind of Derek Rayner, the former M&S chief executive, who persuaded its then owner, the Canadian property and retail magnate Robert Campeau, to sell the business for $770m in February 1988.

Rayner, who loved the US, said at the time: “We consider Brooks Brothers to be a unique opportunity. We are purchasing in a bold and imaginative way one of the quality names in American menswear and I am confident that Brooks Brothers and its management will generate attractive profitable growth.”

It didn’t turn out that way. Plans to expand the business did not work out while, even in its good years, it seldom generated annual profits of £20m. There was, nonetheless, shock when in 2001 M&S sold the business for a mere $225m.

The buyer was Claudio del Vecchio, the owner of the founder of Luxottica, the Italian eyewear giant which owns Ray-Ban.

Mr Del Vecchio, who has been trying to sell the business for some time, said last night: “Our priority is to start this important chapter with a new owner that has appreciation for the Brooks Brothers legacy and a vision for its future.”

The business in its current form may be over – but the brand will undoubtedly live on.