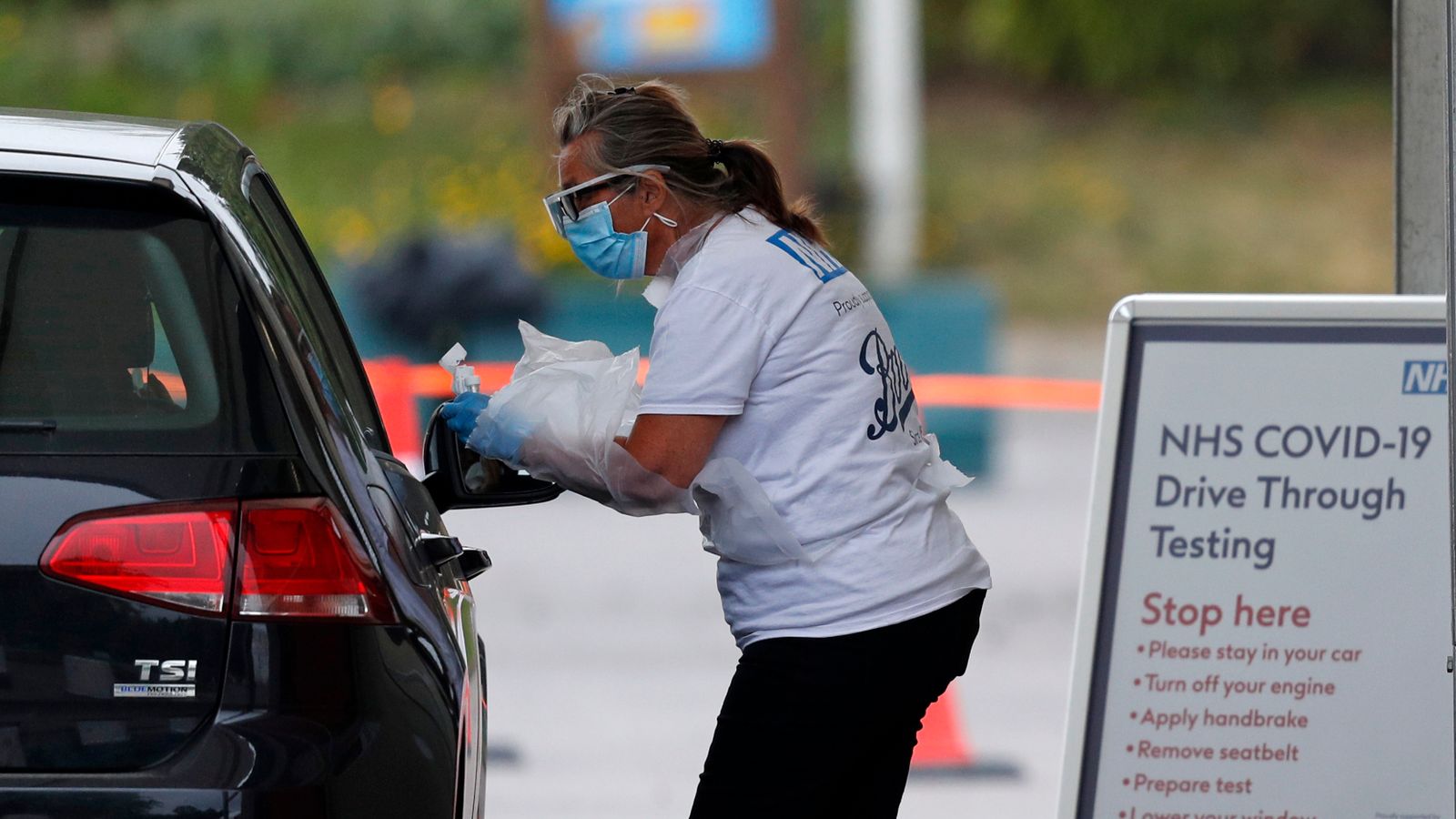 Thousands of workers whose jobs put them at higher risk of catching coronavirus will be tested even if they have no symptoms.

A select group of staff such as taxi drivers, cleaners and retail assistants will be part of the pilot.

The Department of Health said it was to see if there is demand for testing among these kinds of workers, and to examine how they are affected by COVID-19.

Businesses including taxi firm Addison Lee, BT, services company Mitie and pharmacy giant Boots have agreed for their employees to be part of the scheme.

Councils in Bradford, Newham, Brent and Oldham will also select groups of people deemed to be high-risk for asymptomatic testing.

It came as the latest figures show the test and trace system is reaching fewer people.

In the seven days up to Wednesday 1 July, 22.6% of people with COVID-19 referred to it were not spoken to by contact tracers – a slight rise on the 22.1% the system missed the previous week.

Of those contacted, 29.2% still did not have their close contacts reached and told to self isolate – a bigger rise from 25.8% the previous week.

The system is how ministers plan to ease the nation-wide lockdown, with anyone who gets a positive coronavirus test referred to a contact tracer who collects details for those they may have passed the virus on to and then gets in touch to advise them to self-isolate and get tested, too.

But a mobile app able to track other people someone with COVID-19 may have infected, such as strangers next to them in a park, is still some way off.

Boris Johnson promised a “world-beating” test and trace system by June – but the app is now not expected to be delivered until the autumn.

The prime minister has also come under fire for claiming there “isn’t one” country in the world with a “functioning contact tracing app” – despite contact tracing apps already being available in countries like Germany, France, Australia, Singapore and Latvia.

The latest test and trace figures means almost a quarter of people still aren’t being reached, which is a source of some concern.

Government officials say that to bring that number up, they will need to reach into local communities, working with faith groups, local radio stations and community leaders. All that means any further improvement will be slow.

However, a bigger concern for officials is the number of people coming forward for tests at all.

Test and trace surveys suggest that less than 50% of people don’t know that everyone is eligible for a test. You have to wonder why there isn’t a huge national campaign advertising that fact – but perhaps it is on its way.

The other improvement comes in the number of numbers.

More data is being published with each passing week, which is important not just for accountability, but also because it means test and trace can access it.

Passing data to the right places is one of the keys to rapid contact tracing, so this is another positive sign – although of course council leaders say that much more still remains to be done.