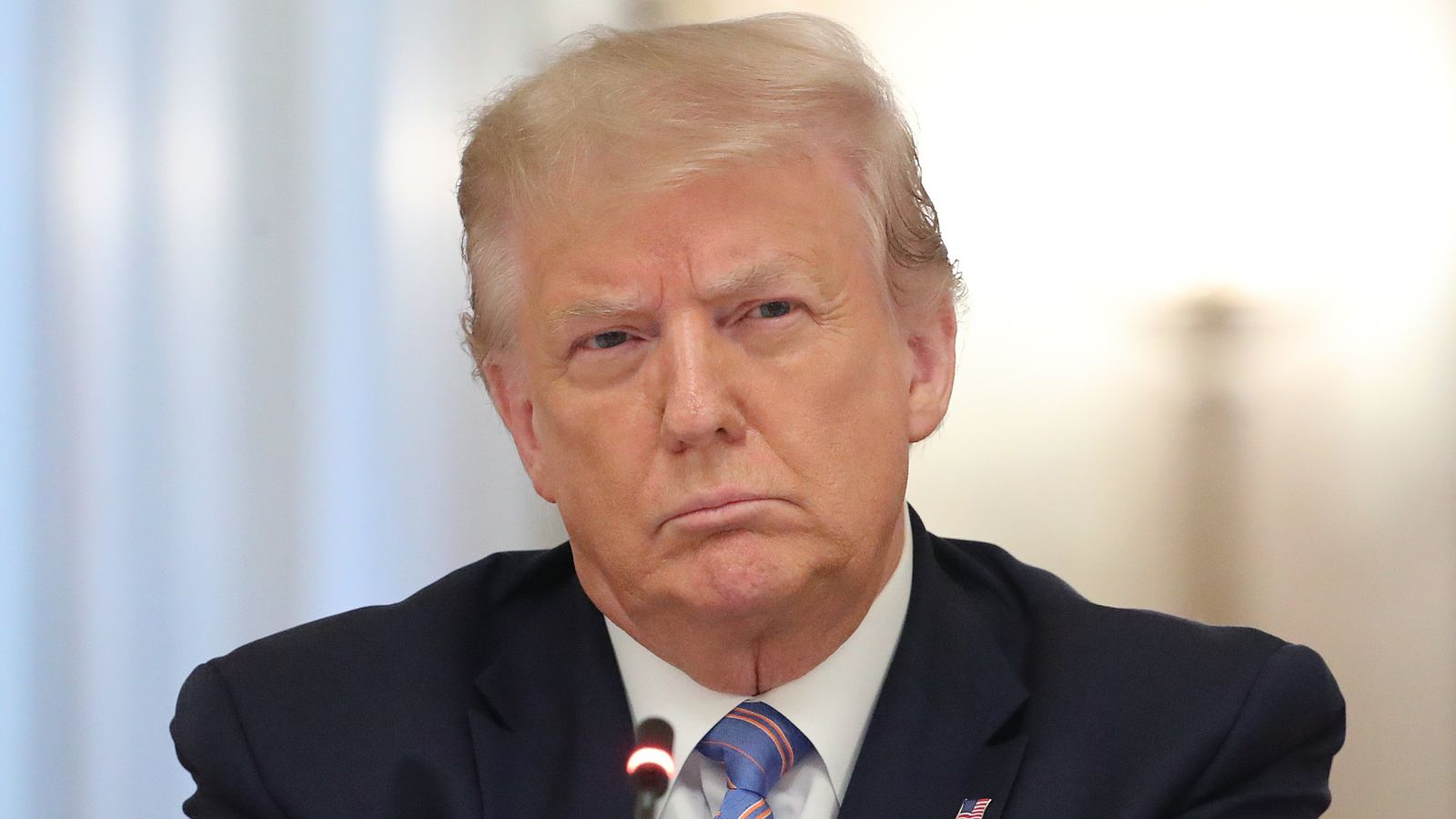 Donald Trump’s tax returns can be seen by a New York prosecutor, the US Supreme Court has ruled.

The request to view the documents is part of a criminal investigation into alleged hush-money payments to women who claim they had affairs with the US president.

However in a separate ruling, Supreme Court justices said Mr Trump does not have to hand over his financial records to Congress, which has sought them for more than a year.

In response, the US president – who has tried hard to keep his financial records private – tweeted: “This is all political prosecution.”

“I won the Mueller Witch Hunt, and others, and now I have to keep fighting in a politically corrupt New York,” he wrote.

“Not fair to this Presidency or Administration!”

He added: “Courts in the past have given ‘broad deference’. BUT NOT ME!”

In the New York case, Supreme Court judges rejected arguments by Mr Trump’s lawyers and the US Justice Department that the president is immune from investigation while he holds office, or that a prosecutor must show a greater need than normal to obtain the records.

The tax returns are held by the president’s longtime accounting firm, Mazars USA, which has said it would comply with a court order.

It is likely to be at least several weeks before the court issues a formal judgment that would trigger the turnover of the documents.

Because the grand jury process is confidential, the rulings make it unlikely any of Mr Trump’s financial records will become public soon.

Unlike other recent presidents, Mr Trump has refused to release his tax returns and other documents that could provide details on his wealth and the activities of his family real estate company, the Trump Organisation.

As part of a criminal investigation by the Manhattan district attorney’s office, court writs were issued to Mazars for financial records – including nearly a decade of Mr Trump’s tax returns – to be turned over to a grand jury in New York City.

The investigation launched in 2018 into Mr Trump and the Trump Organisation was spurred by claims of hush payments to two women who said they had past sexual relationships with him; adult film actress Stormy Daniels and former Playboy model Karen McDougal.

Mr Trump has denied having relationships with the women.

Following the Supreme Court’s ruling, Manhattan District Attorney Cyrus Vance said: “This is a tremendous victory for our nation’s system of justice and its founding principle that no one – not even a president – is above the law.”

The ruling on Congress’ request for Mr Trump’s financial records returns the case to lower courts, with no clear prospect for when the case might ultimately be resolved.