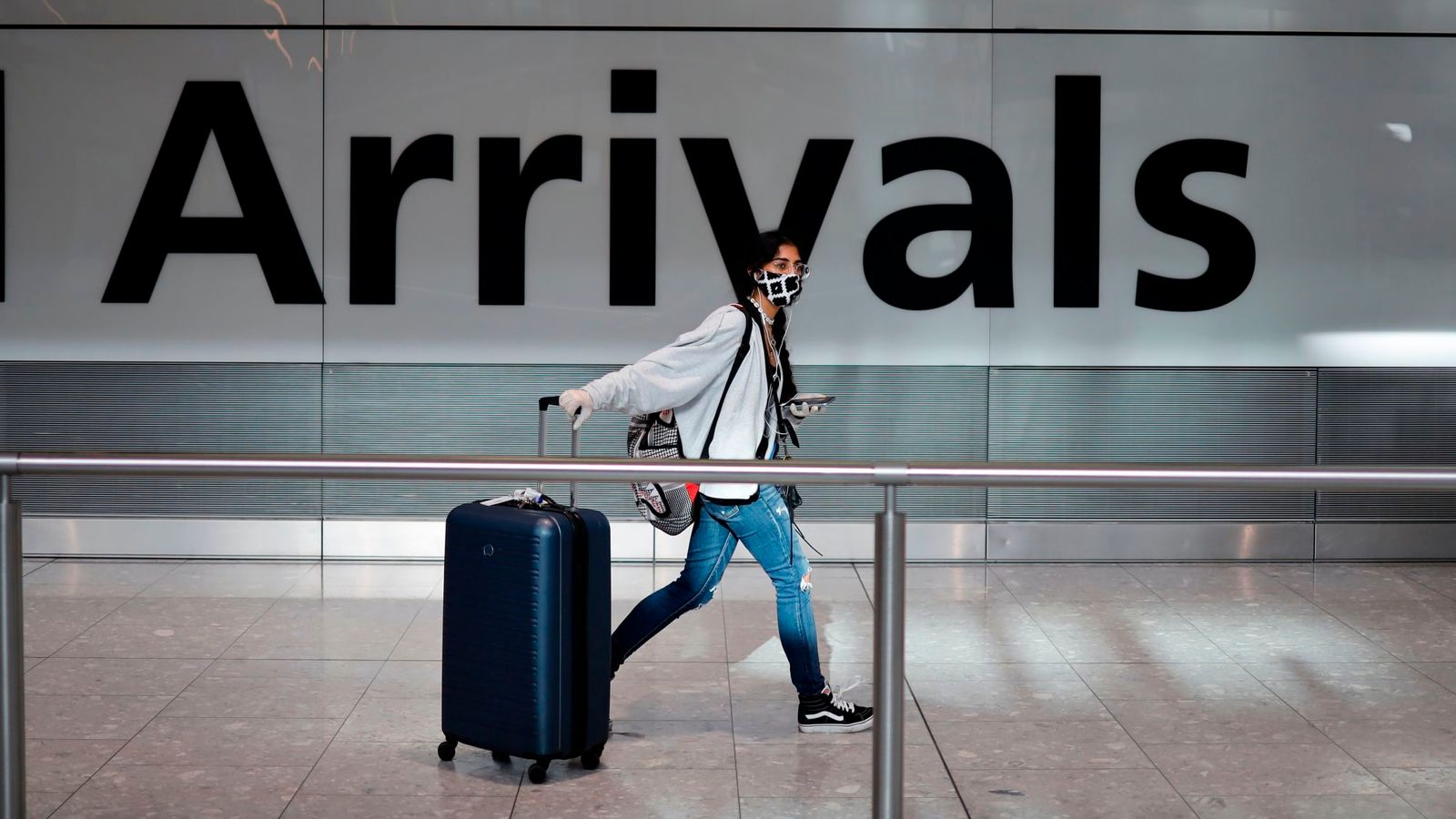 Quarantine rules end today for people travelling to the UK from more than 70 countries and British Overseas Territories.

People will no longer have to isolate for 14 days but they will still have to provide an address where they are staying.

There are some exceptions for not providing an address, including those travelling within the Common Travel Area and who have been within the area for the past two weeks, diplomats, those working with international organisations, foreign representatives and defence personnel.

The rules cover people arriving by air, sea or train, and also include UK nationals.

The full list is featured below and includes many popular European holiday destinations such as France, Croatia and Spain.

Countries not on the list include the US, Canada, Portugal, Sweden, Mexico, Brazil, Russia, Iran, India, Pakistan, Bangladesh and China.

The original list of countries to which quarantine rules no longer apply had included Serbia but the country has now been removed, the Foreign Office announce in a tweet just after midnight.

The changes come into force in Wales and England today, with Northern Ireland’s first minister saying the switch would also hopefully take effect there on Friday.

Scotland’s quarantine rules are also being relaxed today for 57 countries – of which Spain is not one – and 14 overseas territories.

Some of the countries on the lists are not allowing tourists.

Australia and New Zealand are open only to their own citizens or permanent residents, for example.

The end of quarantine rules for many countries comes after the government announced on Thursday that beauty salons, tanning shops and tattooists can reopen in England from Monday, while gyms and indoor swimming pools will be allowed to let customers return later this month.

Here are the key dates:

The scaling back of quarantine restrictions in the UK is happening hours after Dr Tedros Adhanom Ghebreyesus, head of the World Health Organisation, said COVID-19 was “accelerating” in many parts of the world.

The 58 countries now exempted from quarantine measures are: