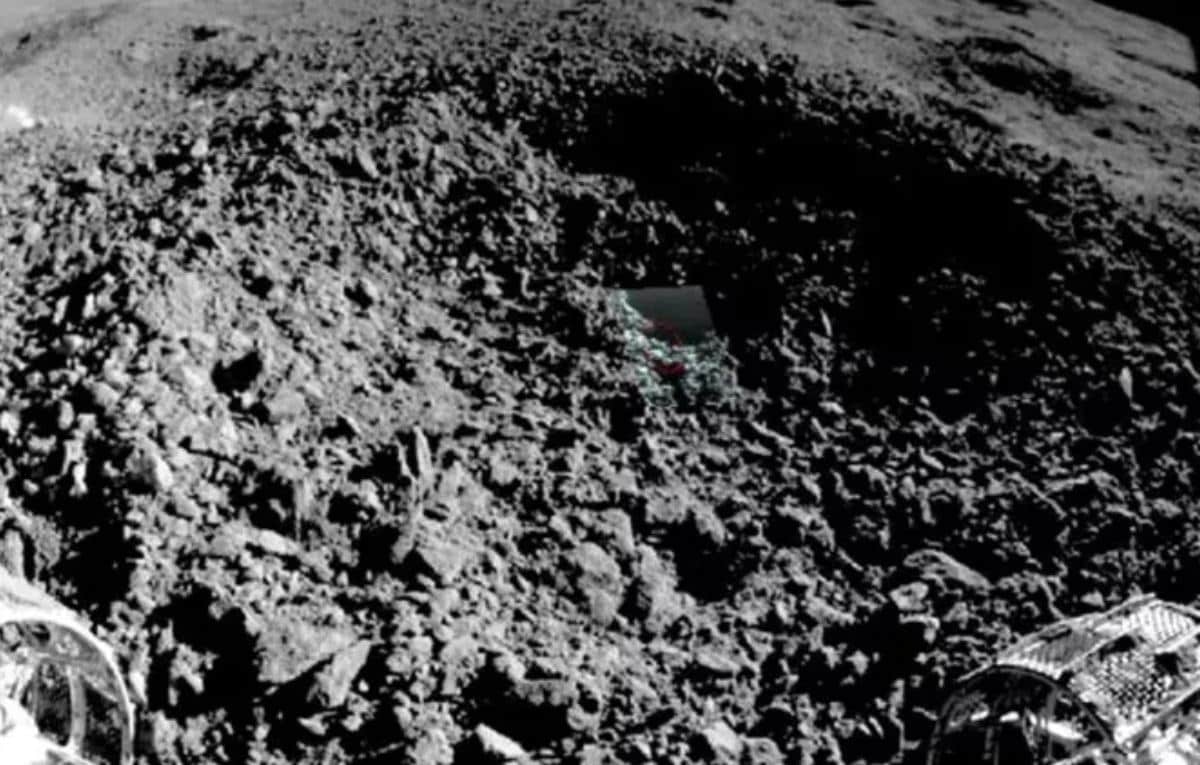 Last year, China’s Yutu-2 lunar rover discovered a unique, green-tinged gel-like substance in a crater after the Chang’e 4 mission landed on the far side of the Moon. It set off a series of speculations among experts, who tried to determine what the substance was. Based on gathered data, researchers have now published an analysis of the substance, in which the substance is described as breccia, or specifically an impact melt breccia – a rock-like substance that forms when minerals and rocks get fused together.

Published in the peer-reviewed science journal Earth and Planetary Science Letters and reported by ScienceDirect, a study revealed the substance to be impact melt breccia. A form of rock, breccia is formed when fragments of rocks or minerals get fused together to form a gel-like structure.

After Chang’e-4 landed on the Moon’s far side in January 2019, its Yutu-2 lunar rover spotted the unique structure in the Von Kármán crater within the South Pole Aitken basin. Late last year, the rover investigated the substance and gathered vital data.

Based on the information, researchers suggest that the substance was formed by “impact-generated welding, cementing and agglutinating of lunar regolith and breccia.” The term regolith is used to refer to the layer of unconsolidated solid material which covers the bedrock of a planet. It is suspected that the structure was formed following a meteorite impact at the location.

With a width and height of 52cm and 16cm, respectively, the substance found is similar to the lunar impact melt braccia samples 15466 and 70019 that were returned to Earth by NASA’s Apollo missions.

The study also revealed that the chunks of lunar rocks surrounding the breccia’s crater were crushed into powdery regolith by the rover’s wheels during exploration.

China’s Chang’e-4 was the first man-made craft to ever achieve a soft landing on the far side of our closest celestial neighbour. The mission was aimed at learning more on the formation of the Moon.