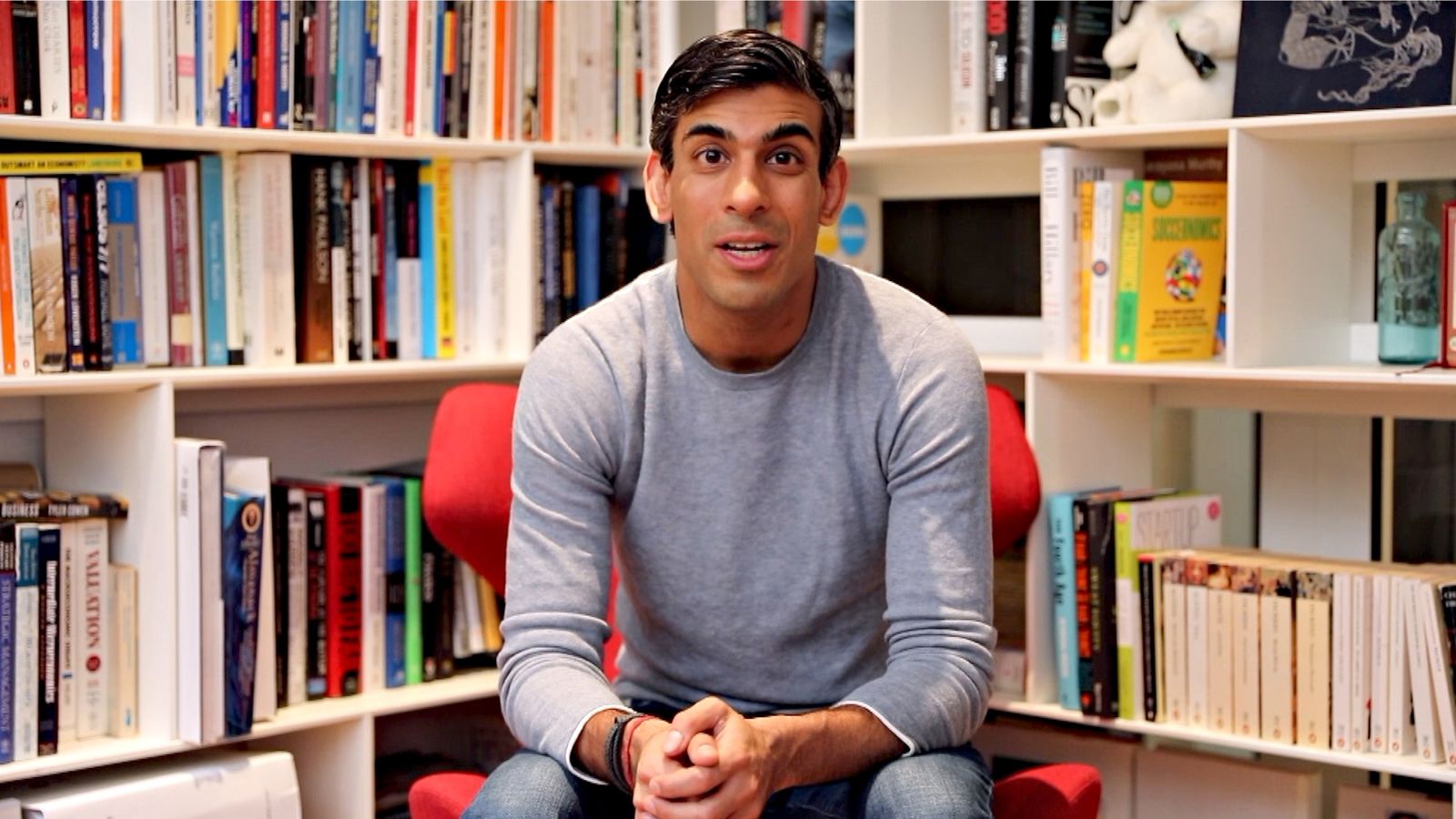 Boris. Hillary. Maggie. There’s a super league of politicians we are on first name terms with.

And now Rishi – chancellor for only five months – has joined their ranks.

The rise of “Brand Rishi” is raising a few eyebrows in Westminster, whether it’s Mr Sunak’s slick Insta game or his penchant for posting soft-focus pictures overlaid with text and bearing his signature in the corner.

What is Rishi up to? Could the chancellor have his eyes on the big prize? Is he a threat to Boris Johnson? Is the prime minister secretly worried about the meteoric rise of the man living next door?

My sense is that Number 10 is intensely relaxed about the fact Mr Sunak has better poll ratings than Mr Johnson, because the two men will rise and fall together.

Firefighting a pandemic which has seen the government’s poll ratings fall, Mr Sunak is seen as someone who complements Mr Johnson – his strengths helping the PM’s perceived weaknesses – and as a result Brand Rishi is also good for Brand Boris.

In fact Mr Sunak is now enjoying better poll ratings than any chancellor since Gordon Brown.

But there – in a nutshell – is the problem.

While Mr Brown basked in positive polling when he was leading the Treasury, his story shows just how quickly public perception can change (particularly in the aftermath of a financial crisis).

At the moment it may seem like Mr Sunak can do no wrong, but in some ways he is powerless over the recovery. Despite the billions thrown at the economy, whether through loans, tax cuts or the furlough scheme, the much hoped for bounce back relies more than anything on consumer confidence and spending.

And many people are still worried about the risk of coronavirus and are reluctant to resume life as normal.

That’s why the tone of the government’s messaging has dramatically changed.

Earlier this week we had “Eat Out To Help Out” (accompanied – of course – by a signed Brand Rishi graphic and a promise of half price food at participating restaurants) and on Friday Mr Johnson urged people to get “back to work if you can”.

In other words, people spend less money when staying at home than when going to work in town and city centres, with the temptations of cafes and shops around.

It’s a theme we’ll be exploring on this week’s Sophy Ridge on Sunday with Michael Gove – a man who has been consistently at the heart of the government’s response first to lockdown, and then to ease the restrictions.

We’ll also be joined by Labour’s business minister Lucy Powell and the chair of the TUC Frances O’Grady, to discuss the impact on employees and whether they feel safe and supported to get back into the work place.

But the drive to get people spending is about more than glib jokes about people having a Dishi on Rishi, or the government handing out the equivalent of the Pizza Express meal deal.

It’s about jobs – and to be blunt, Number 10 is frankly frightened about the wave of redundancies that are set to escalate over the summer.

Mr Sunak was honest with Sky News earlier this week when he said the government would not be able to save every job.

With mistakes made early in the pandemic over testing and care homes in particular, those around Mr Johnson know that the government must get the recovery right.

That’s why the fates of the prime minister and the chancellor are deeply entwined.

If the economic recovery falters and fails, it’s not just Rishi who will be in trouble.