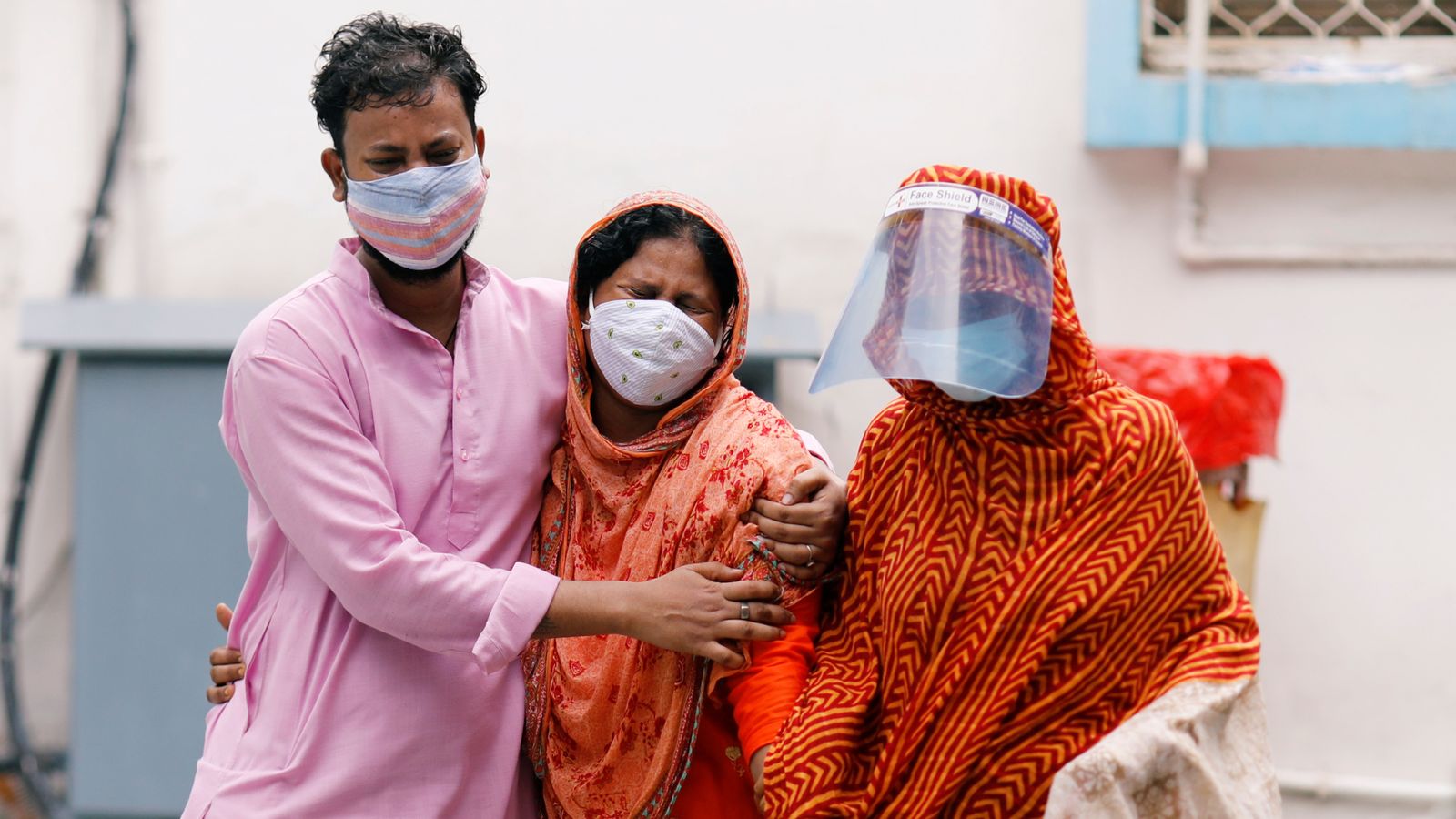 COVID-19 is not under control across most of the world and is actually getting worse, according to the head of the World Health Organisation (WHO).

Dr Tedros Adhanom Ghebreyesus said the total number of cases of coronavirus worldwide has doubled in the last six weeks.

And the spread of COVID-19 is showing no signs of slowing in the worst-affected countries – the US, Brazil and India.

The WHO warning came as quarantine rules for people returning to or visiting the UK from certain countries are being relaxed.

Speaking at the member state briefing on the pandemic evaluation, Dr Tedros said: “The virus has upended health systems in some of the world’s wealthiest nations, while some countries that have mounted a successful response have been of modest means.

“We know that when countries take a comprehensive approach based on fundamental public health measures – such as find, isolate, test and treat cases, and trace and quarantine contacts – the outbreak can be brought under control.

“But in most of the world the virus is not under control. It is getting worse.

“And the pandemic is still accelerating.”

The warning comes just a day after Donald Trump moved to officially withdraw the US from the WHO.

Mr Trump warned in May that the US was “terminating its relationship” with the health body, accusing it of failing to adequately respond to COVID-19 and being under the “total control” of China.

While many countries are now turning their attention to a possible second wave, the US, India and Brazil are struggling to contain their first.

Between them, the three account for the majority of new cases worldwide reported daily.

The worst-hit country has been the US, where more than three million people have contracted the virus – meaning nearly one in every 100 people has been confirmed as infected – and 131,000 have died.

Its latest daily tally fell just short of 60,000 cases, while Brazil reported nearly 45,000 and India nearly 25,000 new coronavirus infections as the disease continues to spread through the nation of nearly 1.4 billion people.

Bolivia’s health ministry said the country has 42,984 confirmed cases and 1,577 deaths, and is seeing an increase in the number of new infections with reports hospitals are being overwhelmed in some regions.

Venezuela is considered one of the world’s least prepared countries to confront the pandemic, as hospitals are routinely short on basic supplies such as water, electricity and medicine.

Elsewhere, Tokyo has seen a rise in cases prompting concerns of a second wave of the virus.

Governor Yuriko Koike said: “It’s a wake-up call. We need to use extra caution against the further spread of the infections.”

Hong Kong has closed all schools in response to a a spike in coronavirus cases.

Following two nights of anti-lockdown protests in Serbia, authorities have banned mass gatherings in the capital Belgrade after a rise in confirmed COVID-19 cases.

Serbia, which has a population of about 6.9 million, has confirmed more than 17,000 cases of coronavirus, including 341 deaths.

“The health system in Belgrade is close to breaking up,” said Serbia’s prime minister Ana Brnabic.

The UK government is removing Serbia from its list of countries from which people can return to or visit England without going into self-isolation.

Officials in other European countries, including France and Greece, have warned of the risk of new flare-ups due to social distancing being flouted.