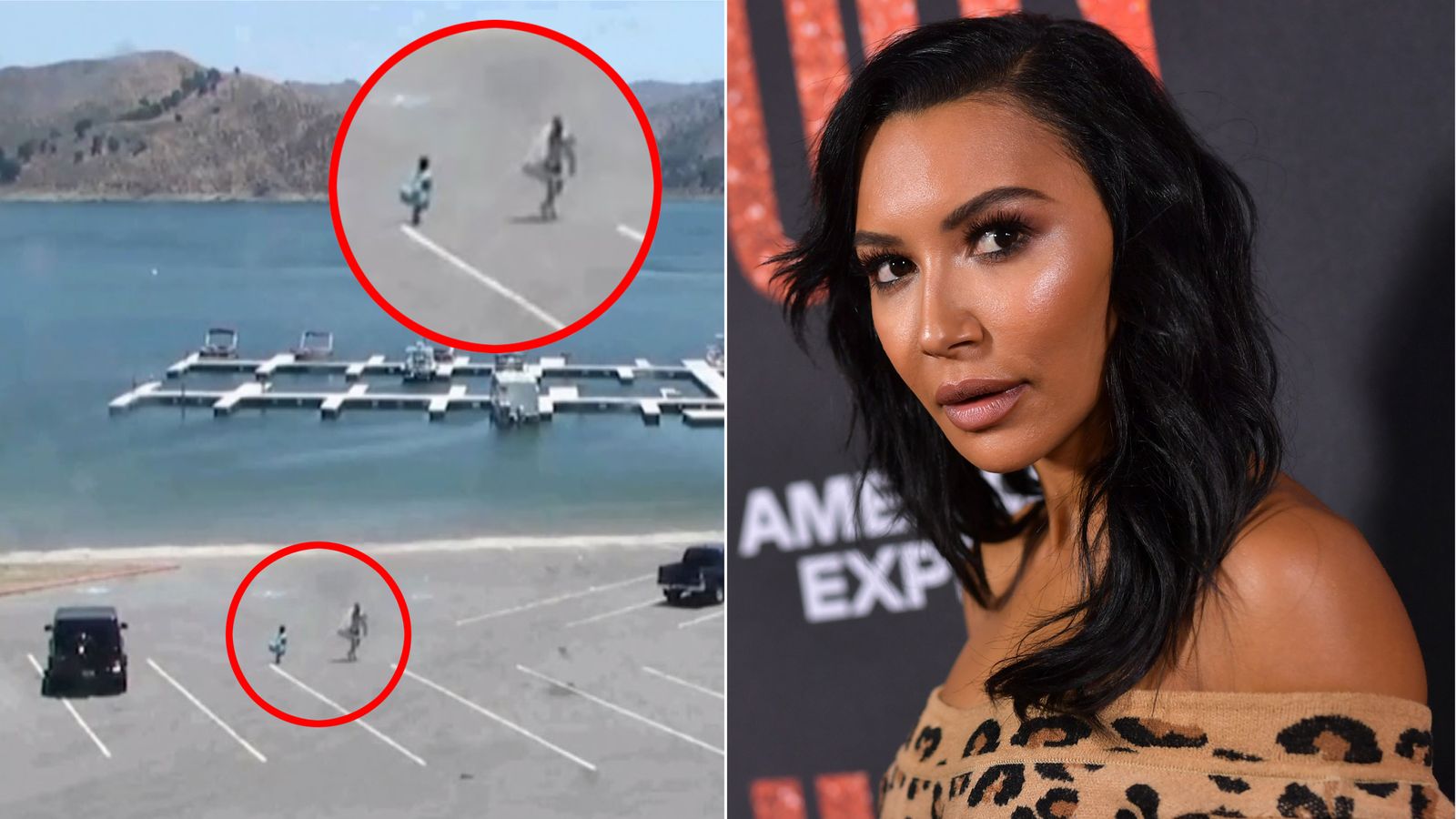 Security footage has been released showing the last known movements of Glee star Naya Rivera, who is feared to have drowned after taking her son out on a lake in southern California.

The surveillance video was made public by police after an extensive search of the area, involving dive teams and helicopters, failed to find the 33-year-old actress, who is presumed dead.

She was reported missing on Wednesday after disappearing during a boating trip on Lake Piru with her four-year-old son Josey Hollis.

The rental craft was found drifting after it failed to return, with the sleeping child on board. Rivera was nowhere to be seen.

The CCTV shows Rivera arriving at the lake in her black 4×4 vehicle and taking her son from the back seat before walking to the pontoon.

It also shows her boat leaving the dock and heading out on to the lake.

Emergency teams said the effort to find her had now moved from a rescue to a “search and recovery operation”.

A Ventura County Sheriff spokesman said it may be some time before any body is found.

He said: “If the body is entangled on something beneath the water, it may never come back up.

“There’s no way to really say. We’re putting our best foot forward to try and locate her, we’re using all the assets that are available to us including technology like sonar.”

More than 100 people have been involved in the search operation, which was hampered by poor underwater visibility.

Police have also released the emergency 911 call raising the alarm.

The caller, a woman whose husband was one of the first people to find the child, mistakenly identified the four-year-old as a girl.

“The emergency is we found a little girl in a boat all by herself and her mom is nowhere to be found,” the caller says.

The California-born star made her film debut in 2014 horror movie At The Devil’s Door, and later had a role in the Lifetime TV series Devious Maids.

Rivera was engaged to rapper Big Sean in October 2013, but they ended their relationship in April the following year.

She then began dating actor Ryan Dorsey and they got married in Mexico in July 2014.

Josey was born in September 2015, but Rivera filed for divorce after two years of marriage.

Rivera later called off the separation, but the pair then finalised their divorce in June 2018.