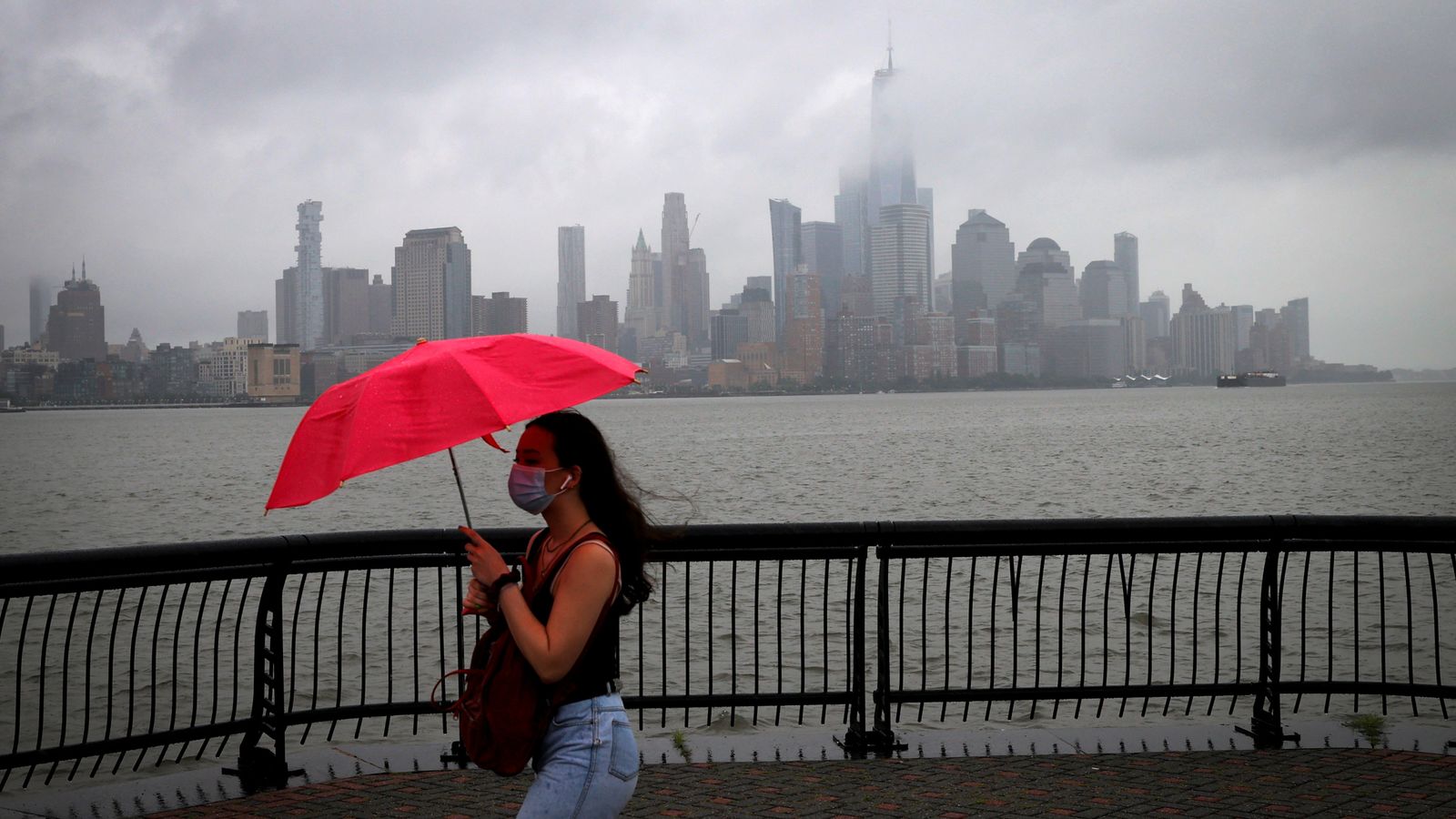 Tropical Storm Fay is set to drench New York City, as it makes landfall on the US east coast.

The storm, which is expected to dump up to 10cm of rain across the region, has already forced President Donald Trump to postpone a campaign rally in New Hampshire, as it begins to batter the US.

Beaches in Delaware have been closed as a result of the winds, which have been reported at speeds of up to 50mph (85kph), while flooding in the east of the state has made roads impassable.

A tropical storm warning is in place across Fenwick Island, Delaware, up to Watch Hill in Rhode Island, and includes Long Island in New York, according to forecasters.

New York City experienced heavy downpours on Friday as the centre of Storm Fay approached the area, with videos showing part of the city’s subway flooded as a result.

“We expect some pretty heavy winds, and we need people to be ready for that, and some flash flooding in certain parts of the city,” New York City Mayor Bill de Blasio said on Friday morning.

He added: “If you were going to go out tonight, instead order in and keep helping our restaurant community.”

In the state of Connecticut, the coastal town of Old Saybrook was getting ready to open a local high school as a shelter, but police warned people will be kept away from public areas and kept in family units, due to the coronavirus restrictions.

President Donald Trump said the storm was being monitored by the Miami-based Federal Emergency Management Agency (FEMA), adding it was on hand if it needed to assist people.

He told reporters: “We’re fully prepared. FEMA’s ready in case it’s bad. Shouldn’t be too bad, but you never know.”

FEMA said on Friday: “The centre of Fay will move near or over portions of the New Jersey coast this evening and then move inland over south-eastern New York and western New England tonight and Saturday.”