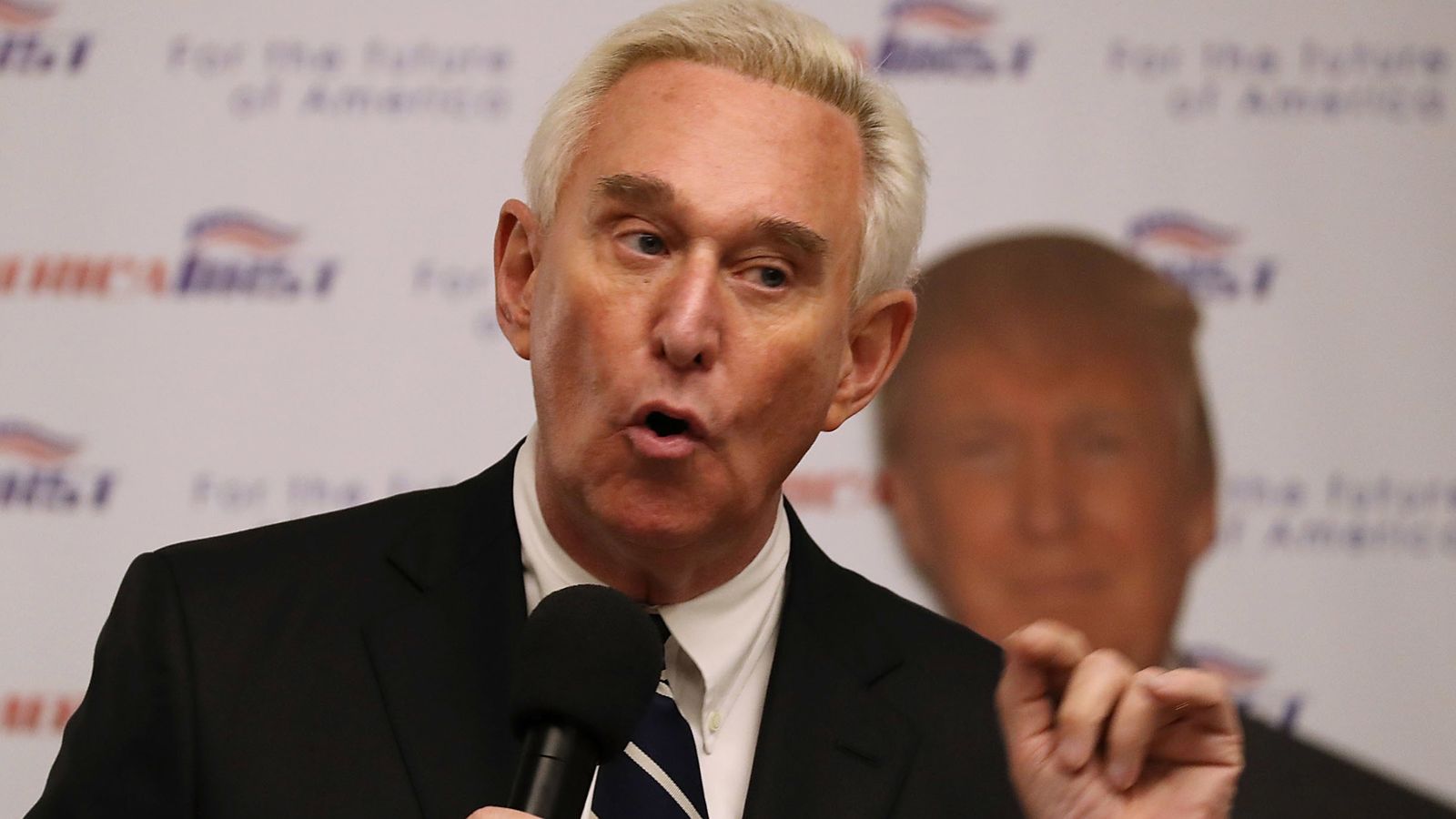 Donald Trump has commuted the sentence of his former adviser Roger Stone – just days before he was due to report to prison to serve 40 months for crimes related to an investigation into Russian interference in the 2016 US election.

The White House confirmed the commuting of the sentence in a statement, saying Stone was a victim of the Russia “hoax”.

“He was treated very unfairly, as were many others in this case. Roger Stone is now a free man!”

Though short of a full pardon, the commutation is sure to alarm critics who have long been critical of the president’s repeated interventions in the nation’s justice system.

Stone, 67, had been sentenced in February for lying to Congress, witness tampering and obstructing the House investigation into whether the Trump campaign colluded with Russia to win the election.

He was set to report to prison by Tuesday.

A commutation would not erase Stone’s felony convictions in the same way a pardon would, but it would protect him from serving prison time as a result.

The decision reflects Mr Trump’s anger over the Russia investigation and is a testament to his conviction that he and his associates were mistreated by agents and prosecutors.

His administration has been eager to rewrite the narrative of special counsel Robert Mueller‘s Russia investigation, with Mr Trump’s own Justice Department moving to dismiss the criminal case against former national security adviser Michael Flynn in May.

Stone, for his part, had been open about his desire for a pardon or commutation, appealing for the president’s help in a series of Instagram posts in which he maintained that his life could be in jeopardy if imprisoned during a pandemic.

Mr Trump had repeatedly publicly inserted himself into Stone’s case, including just before Stone’s sentencing, when he suggested in a tweet that Stone was being subjected to a different standard than several prominent Democrats.

He said the conviction “should be thrown out” and called the Justice Department’s initial sentencing recommendation “horrible and very unfair”.

“Cannot allow this miscarriage of justice!” he wrote.

Stone was the sixth aide or adviser of Mr Trump to have been convicted of charges brought as part of Mr Mueller’s investigation into election interference.

Mr Trump has also offered clemency to other political allies, including Maricopa County Sheriff Joe Arpaio, who was awaiting sentencing at the time, conservative commentator Dinesh D’Souza, who had been convicted on campaign finance violations, and Conrad Black, a newspaper publisher convicted of fraud who had written a flattering book about the president.