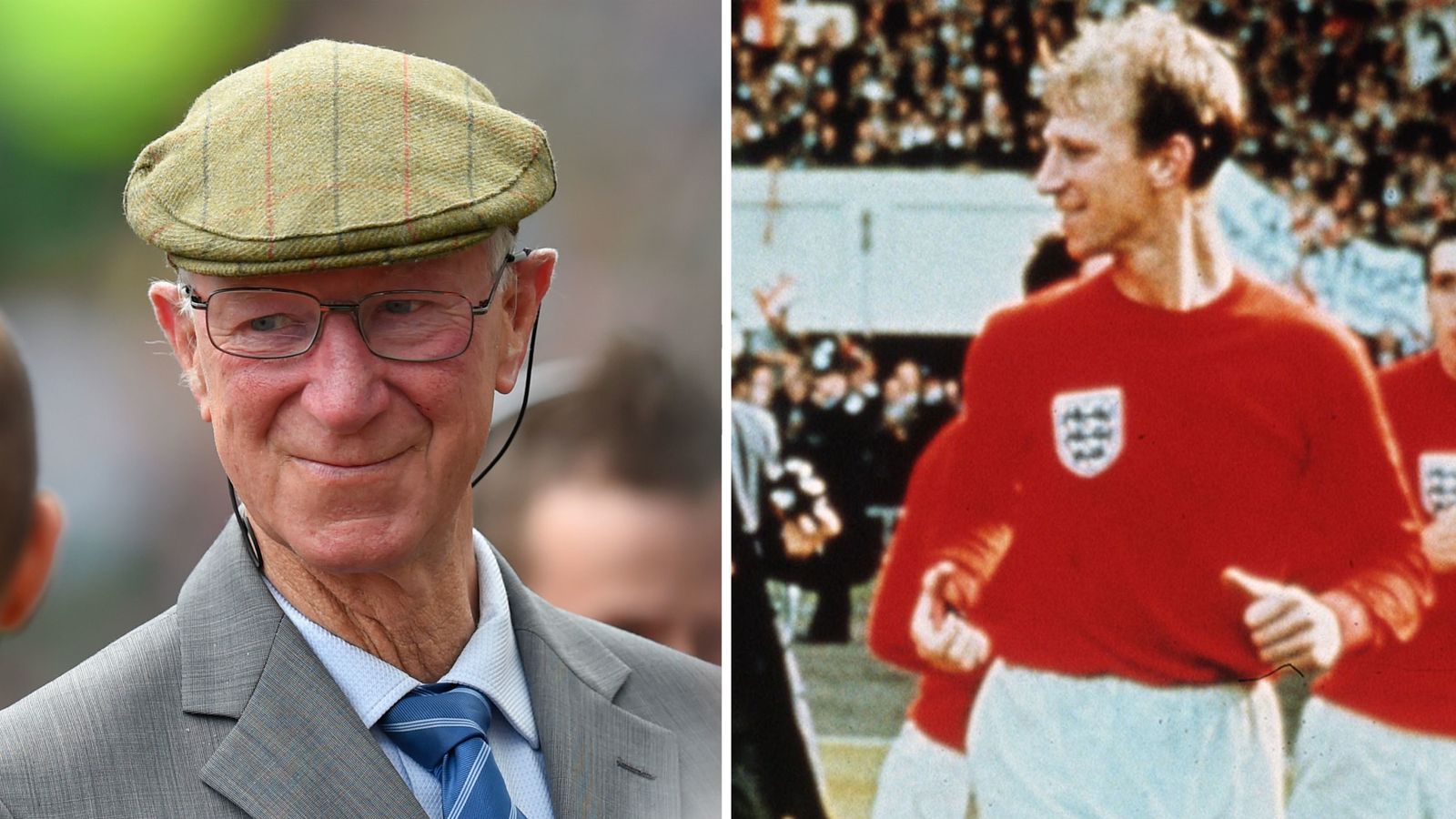 The 85-year-old passed away peacefully at his Northumberland home on Friday, his family said.

He was diagnosed with lymphoma in the last year and was also suffering from dementia.

Charlton, the older brother of Bobby Charlton, was part of England’s World Cup-winning team in 1966.

He was a one-club man for Leeds United, making a record 773 appearances over a 23-year career at the club.

Charlton later enjoyed success as a manager for the Republic of Ireland, leading the side to three major tournaments and winning himself honorary Irish citizenship – and the hearts of the nation.

Widely hailed as one of the all-time great central defenders in the game, Leeds United said they were “deeply saddened” by the news.

His family said in a statement: “As well as a friend to many, he was a much-adored husband, father, grandfather and great-grandfather.

“We cannot express how proud we are of the extraordinary life he led and the pleasure he brought to so many people in different countries and from all walks of life.

“He was a thoroughly honest, kind, funny and genuine man who always had time for people.

“His loss will leave a huge hole in all our lives but we are thankful for a lifetime of happy memories.”

Beyond sad to have to say goodbye to my beloved Grandad, Jack Charlton. He enriched so many lives through football, friendship and family. He was a kind, funny and thoroughly genuine man and our family will miss him enormously. pic.twitter.com/MR4i5WgAMP

The England football team tweeted: “We are devastated by the news that Jack Charlton, a member of our World Cup-winning team of 1966, has passed away.

“Our deepest sympathies are with Jack’s family, friends and former clubs.”

We are extremely saddened by the passing of Jack Charlton, brother of Sir Bobby and member of England’s 1966 World Cup-winning team.

Our deepest condolences go to all the Charlton family for their immensely sad loss. pic.twitter.com/rkVjsYDVSF

Nottingham Forest described Charlton as “a true great of the game”, adding that he was a “great adversary, a fine manager and a terrific person”.

The Premier League has said players will wear black armbands and hold a minute’s silence in tribute before kick-off during this weekend’s games.

Charlton joined Leeds United at the age of 15 as part of the ground staff, before debuting as a player against Doncaster Rovers in 1953.

He helped the club to win promotion from the Second Division twice, and was also part of the side which won the League Cup in 1968 and the FA Cup in 1972.

He scored 96 times for Leeds, making him the club’s ninth highest scorer in their history.

The popular player, affectionately known as “Big Jack”, also won a total of 35 caps for England.

With the Three Lions, he played in every match during the 1966 World Cup tournament and helped to defeat West Germany in the final at Wembley.

A famous image from the team’s World Cup victory showed the defender sinking to his knees at the final whistle before embracing his younger brother.

He later admitted he did not remember too much about it, saying: “There’s a picture of me at the end down on my knees. I don’t remember if I was saying a prayer or just knackered.

Charlton retired from playing in 1973, later going into management.

He had spells in charge at Middlesbrough, Sheffield Wednesday and Newcastle United.

Referring to his time in charge of the Irish side, Sinn Fein leader Mary Lou McDonald described him as “Ireland’s most beloved English man”.

“Sorry to hear of his passing. He kept ’em all under pressure and kept us all cheering the boys in green on. Ar dheis De go raibh a anam,” she said.

Ireland’s prime minister Micheal Martin added: “He personified a golden era in Irish football – the Italia 90 campaign being one of pure joy for the nation. He gave us magical memories. Thank you Jack.”