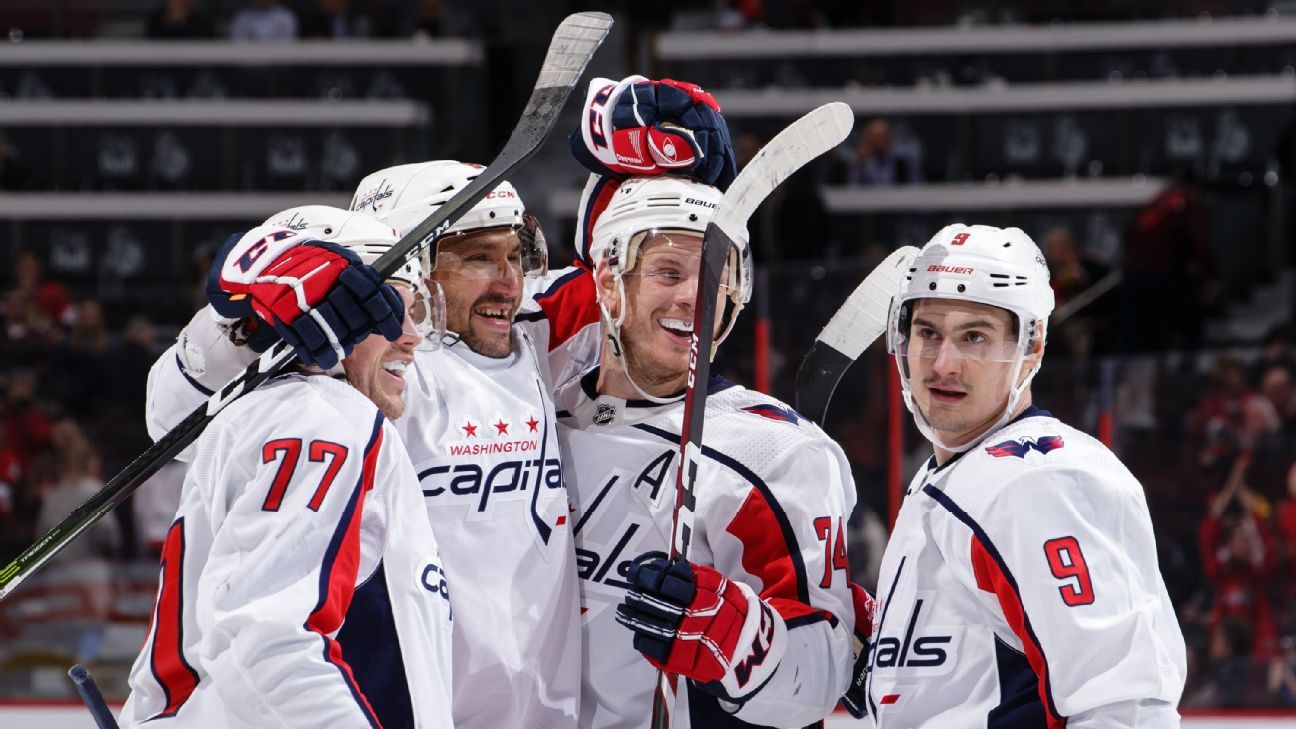 The NHLPA and the NHL’s board of governors have approved a package that will not only allow the league to restart this summer, but also includes a four-year CBA extension. You read that correctly, the two sides have reached an extension without a work stoppage!

We don’t want you to have to pore over the entire agree-upon legal document. Instead, we’re here to highlight some of the critical takeaways from the deal.

NHL players are going back to the Olympics!

Emily Kaplan: This is perhaps the most exciting aspect of the new CBA for hockey fans. The NHL did not take an Olympic break for Pyeongchang in 2018, which prohibited players from attending. It was the first time NHL players didn’t participate since 1994.

With the NHL on pause since March 12, the league and players’ association have come up with a return-to-play format featuring 24 teams.

The NHL had its reasons. Commissioner Gary Bettman insisted it wasn’t worth it to disrupt his league’s schedule and risk injuries in non-NHL play. Bettman balked at the cost of insurance (an ongoing debate with the IOC and IIHF) as well as a lack of marketing and branding rights for the NHL. Players were upset; they love the opportunity to represent their countries. But they had no recourse since Olympic participation wasn’t written into the CBA. The NHL held all of the power.

As the sides discussed an extension, the players brought up their two biggest concerns with the league: escrow and the Olympics. The NHL was unwilling to overhaul its entire financial structure and get rid of escrow completely (more on everyone’s favorite financial topic later), but it was willing to budge on the Olympics. The NHL agreed to let players attend the 2022 Games in Beijing and 2026 Games in Milan, as long as they can work out agreements with the IOC and IIHF.

Though that typically could mean a problem, IIHF chief Rene Fasel sounded optimistic in an interview with the AP this week, saying: “I don’t think there’s a deal breaker. There are a lot of challenges. But I think in principle, I would say the news that that’s in the CBA, for me and especially international hockey, is very good news.”

The salary cap is going to stay flat for a bit

Greg Wyshynski: The NHL canceled the 2004-05 season in order to secure a salary-cap system that was linked to league revenue. When revenue rises, as it has consistently and in some cases exponentially, so does the cap. When revenue falls, as it will this season because of the COVID pandemic, so does the cap. That changed the dynamic in his negotiation, as the owners suddenly needed NHLPA approval to ensure the ceiling didn’t collapse.

The two sides agreed to keep the salary cap flat at $81.5 million for the 2020-21 season. For perspective, the NHL told its owners on March 4 in Boca Raton, Florida, that the ceiling could have been as high as $88.2 million next season.

Where does it go from there? That depends on those pesky revenues. The salary cap will remain at $81.5 million until revenue reaches $4.8 billion, which was the projected revenue for this season.

Once that happens, the salary cap will remain linked to revenue, but the math to calculate it will change. The NHL and the NHLPA agreed to use a “lag formula” for the salary cap, one that relies on the hockey-related revenue from two seasons ago as well as the projected HRR from the preceding season.

There has been speculation that the salary cap could remain flat for the next two seasons. But with a new U.S. broadcast rights contract and the windfall from the Seattle expansion team looming, revenue could rebound sooner than later.

Escrow hasn’t been killed, but it has been capped

Wyshynski: Escrow is the single most important issue for players — and the No. 1 reason you might just skip to the next topic. But bear with us for a moment.

How important is escrow? New York Rangers star Artemi Panarin said “we as players cannot report to camp to resume play without already having an agreement in place” that addressed escrow.

Escrow is the percentage of a player’s salary withheld each season in order to maintain the 50/50 revenue split between owners and players. If there’s an imbalance for the owners, escrow makes up the difference and then the rest of the withholdings are returned to the players after the season. Escrow withholding for 2018-19 was 12.9%, with 3.25% returned to players. So the official escrow loss for the players that season was 9.65%.

The difficult task in this negotiation was coming up with an escrow fix at a time when owners are facing a massive revenue hit due to the pause this season and its aftereffects in subsequent seasons. The fix that the players signed off on was to cap escrow:

In addition, the players agreed to changes that will give the owners additional cash flow next season. They will defer 10% of their salaries next season, with it being returned to them in installments from 2022-25 under more favorable escrow terms. NHL owners also will have access to this season’s escrow 15 days after CBA is ratified.

The minimum wages have been raised

According to CapFriendly, that will lead to interesting accounting for some guys you wouldn’t expect. For example, Mitch Marner (whose contract is paid mostly in signing bonuses) will see an extra $25,000 added to his contract in 2024-25. A rich man just got richer:

Wyshynski: The new CBA made two common-sense changes that will affect player movement after trades. No-trade and no-movement clauses will now travel with a player who is traded.

Please recall in 2016 when Montreal traded P.K. Subban to the Nashville Predators just 48 hours before his no-trade clause was to kick in. The Predators then declined to honor that clause — as was their right under the previous CBA — and he was on the move again three years later to New Jersey. That can no longer happen, as no-move and no-trade clauses are simply a part of the package when trading for a player.

The other fix might not have seemed so obvious: Teams can no longer include conditional draft picks in trades that are tied to a player re-signing with the new team. This was a commonplace move in deals for high-profile pending free agents, including recent trades for Matt Duchene, Mats Zuccarello and Taylor Hall. The San Jose Sharks had to send a 2021 second-round pick to Ottawa after Erik Karlsson signed a new deal with them, for example. The players felt these trades limited their ability to re-sign with the teams that traded for them. Hence, those conditional picks are done.

We have some critical new dates

Kaplan: Here’s the caveat before we give you the new lay of the land: Everything listed below is subject to change. The situation is going to be fluid over the next few months — and maybe even years — as the league navigates operations during COVID-19. That said, here are the dates the NHL is targeting:

Emily Kaplan and Greg Wyshynski take you around the NHL with the latest news, big questions and special guests every episode. Listen here »

While these dates are fluid, there are certain things written in stone. For example, the draft must be held after the conclusion of the Stanley Cup Final, but before free agency.

Everyone will now have a fresh slate at noon when the new league year starts, and everyone’s phones should be constantly buzzing that day (which will lead to better television, and an… actual free-agent frenzy).

Kaplan: This is the NHL we’re talking about, a league that has had three work stoppages under Bettman’s watch. Kudos to the league and the NHLPA, headed by Don Fehr, for working so collaboratively to get this done.

Oh, and can Fehr pass along some tips to his old buddies in baseball?