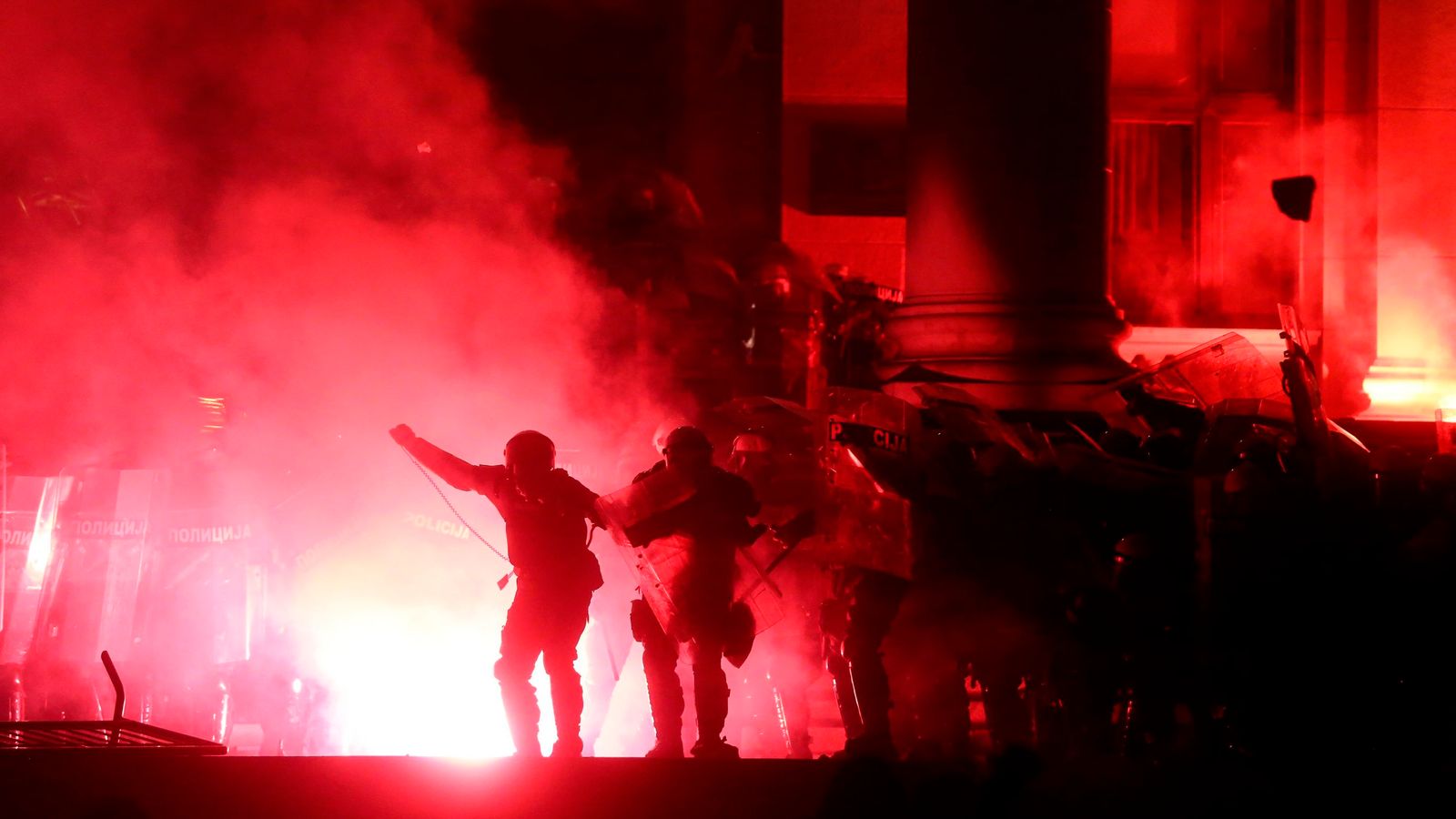 Police fired tear gas at hundreds of demonstrators who tried to storm Serbia’s parliament on Friday, the fourth night of protests against the president’s increasingly authoritarian rule.

Demonstrators, who were defying a ban on mass gatherings amid a spike in coronavirus infections, threw bottles, rocks and flares at the police guarding the parliament building in Belgrade.

Initially police used their shields to push back the protesters and prevent them from entering the building.

But after repeated attacks, they fired tear gas to disperse the crowd, and then ended up in running battles with demonstrators.

Some opposition leaders have said the violence was the work of far-right nationalist demonstrators controlled by the government – with an aim to discredit the peaceful protests that began in response to President Aleksandar Vucic’s efforts to reimpose lockdown restrictions against the virus.

Mr Vucic has denied that “hooligans”, who were seen beating up the peaceful protesters earlier this week, are under his control, claiming they were brought in by the opposition.

On Friday evening, he told pro-government Pink TV that all those who were attacking the “brave” police officers will be arrested.

Earlier Mr Vucic said he was not worried about losing political power amid the protests, considered the most intense since the overthrow of former Serbian strongman Slobodan Milosevic in 2000.

He instead expressed fear about the spread of COVID-19 by the demonstrators.

“It is so irresponsible to call upon people to gather and demonstrate when we are faced with the most horrific numbers of infections from the coronavirus,” he said during his state visit to France.

“I beg people, please let’s keep our health safe. Nobody is going to take power by force. Power is taken at the elections.”

The protests started on Tuesday when the president announced that Belgrade would be placed under a new three-day lockdown following a second wave of confirmed coronavirus infections.

They have continued even though his plans to enforce the lockdown were suspended.