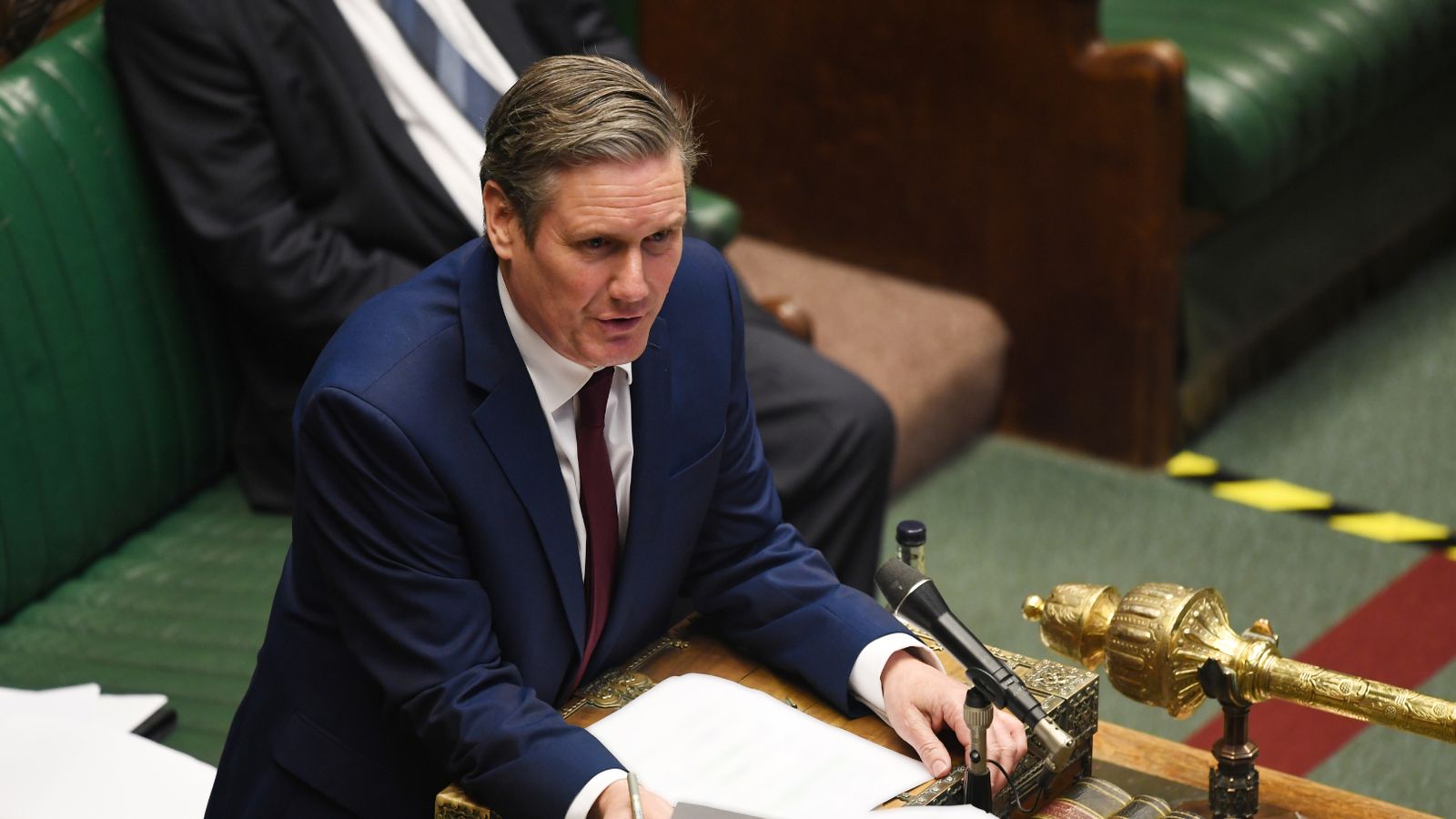 He became leader during lockdown and Sir Keir Starmer’s poll ratings have risen significantly in the 100 days since. But can that honeymoon last?

The COVID-19 crisis has showcased the Labour leader’s skills as a lawyer: pinning Boris Johnson down on detail at Prime Minister’s Questions, arguing the UK government was “slow into lockdown, slow on testing, slow on tracing”.

Behind the scenes, Sir Keir has demonstrated ruthlessness in wresting control of Labour’s influential National Executive Committee, replacing the party’s general secretary with his own pick, and ridding the shadow cabinet of key Corbynites.

His sacking of left-wing leadership rival Rebecca Long-Bailey in an antisemitism row not only showed he’s serious about repairing relations with the Jewish community, but also sent a strong message to his MPs that discipline is vital.

The Labour leader has also been careful in his response to sensitive issues like the Black Lives Matter protests, the debate over scrapping contentious statues, and criticism of the police, to the frustration of some Labour MPs.

His team are all too aware that to win the next election, Labour need to rebuild their reputation as a patriotic party, strong on issues like defence and national security.

“I think the public generally view Keir Starmer as somebody who’s a bit dull but very competent,” argues Pippa Crerar, political editor of the Daily Mirror.

“And I can actually think of worse things for oppositions to be.”

Yet some in government are confident that in the coming years Sir Keir will be unable to match Boris Johnson’s skills as a charismatic campaigner or be willing to argue against the PM’s central policy agenda: investing in infrastructure in the Midlands and north of England.

As Number 10’s focus shifts to the economic recovery and that “levelling up” agenda, Labour is already under pressure on policy.

Andrew Fisher wrote the party’s 2017 and 2019 election manifestos and says that with unemployment rising sharply and the chancellor announcing unprecedented economic interventions, there is room for radicalism.

“Now the Labour Party is critiquing what the government is doing – rightly – it needs to set out what should be done instead,” he said.

One hundred days in, it is unclear if Keir Starmer is best compared to Neil Kinnock or Tony Blair, two of his predecessors who reformed Labour but with varying degrees of electoral success.

He will need to secure a significant electoral recovery if he is to relieve Boris Johnson of his parliamentary majority, let alone reach Number 10.

That would require the continued collapse of the Liberal Democrats as well as the stitching together of a broad electoral coalition: winning back not just “red wall” constituencies, but also middle income seats like Colchester and Ipswich.

And “events” – as Harold Macmillan famously argued – could get in his way. Just as Boris Johnson could never have expected a global pandemic, Keir Starmer will surely have to handle his own crises in the years ahead.

One thing is clear from his first 100 days: the Labour leader is completely focused on becoming Prime Minister.

Jeremy Corbyn was regularly asked if he actually wanted the job. With Starmer, there is no need to ask.

Sir Keir’s only option now is to play the long game.