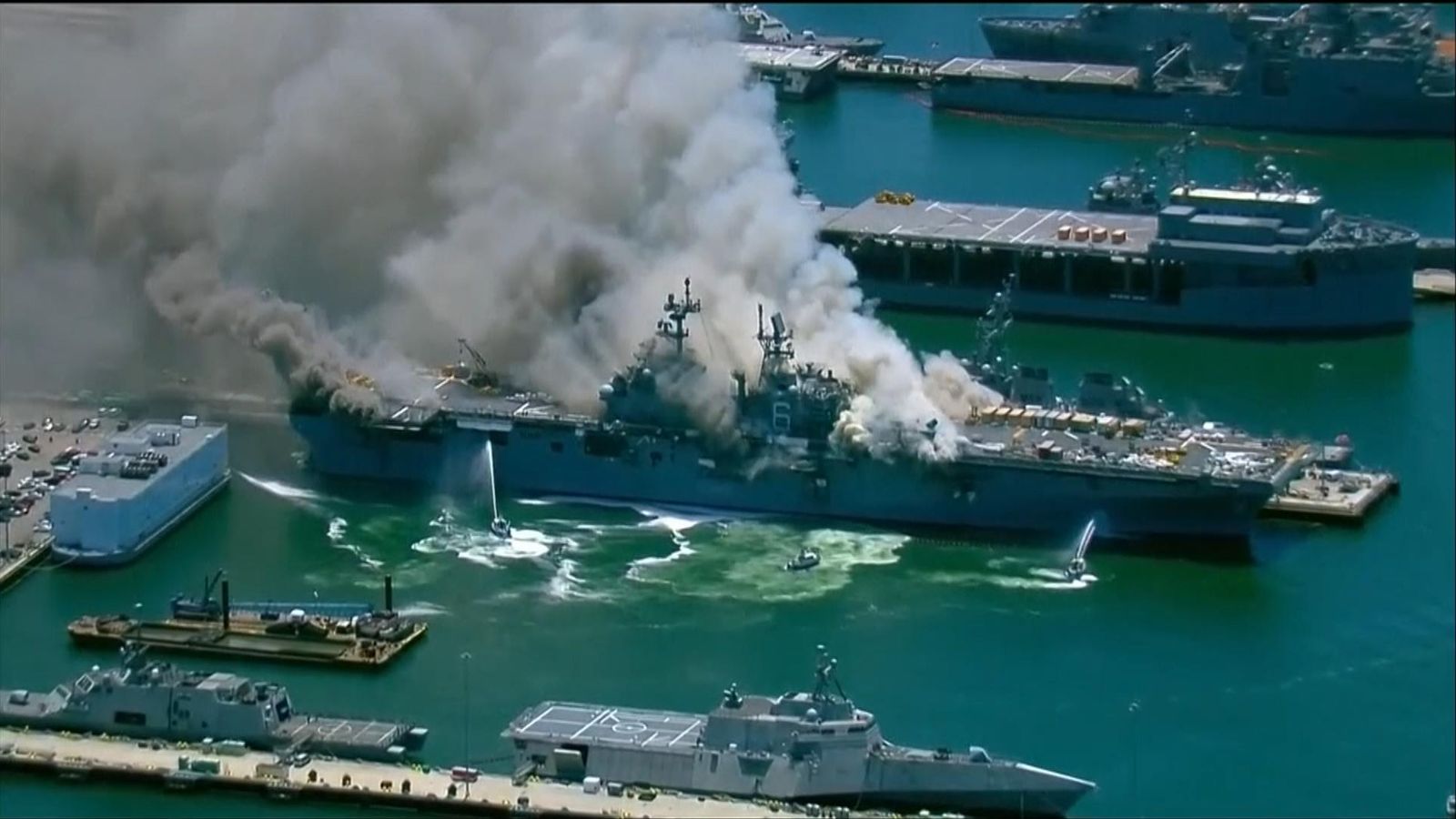 Eighteen sailors have been injured after an explosion caused a fire on a military ship in San Diego, the fire department said.

The sailors were taken from the USS Bonhomme Richard to hospital with “non-life threatening injuries” on Sunday morning, Mike Raney, a spokesman for Naval Surface Force, US Pacific Fleet, said.

San Diego Fire Department added that they were being treated “for a variety of injuries” and the cause of the fire is under investigation.

All sailors are believed to be accounted for and have cleared the area. Mr Raney said there were about 160 sailors and officers on board – far fewer than the thousand typically on the ship when it is on active duty.

Emergency crews in boats were spraying the burning ship down with water from hoses.

Federal Fire called on San Diego Fire Rescue crews to respond to the three-alarm fire that started at about 9am local time (5pm BST).

At about midday local time (8pm BST), the fire department said all its personnel had been instructed to leave the pier, as aerial footage showed the fire appearing to grow.

The ship was undergoing routine maintenance at the time of the fire.

The Bonhomme Richard has been stationed in San Diego since 2018 after it spent six years in Japan as part of the US Forward Deployed Naval Force.