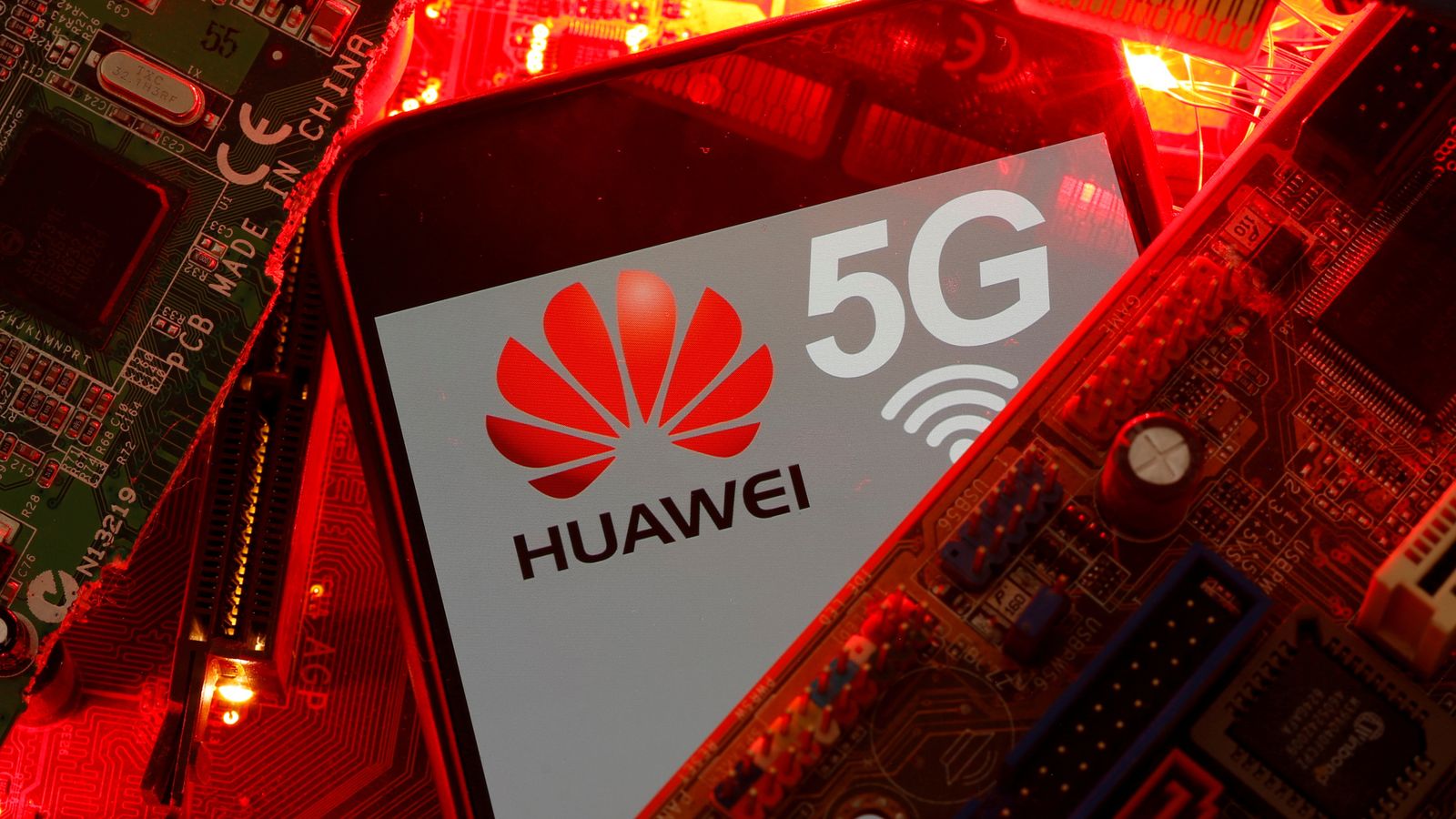 Huawei has “close linkage” to the Chinese military, a former spy chief has told Sky News as he said he expected the Government to halt the involvement of the tech giant in the UK’s 5G network.

Speaking to Sophy Ridge on Sunday, Sir Richard Dearlove, who led MI6 from 1999 to 2004, said the firm was not an “ordinary international telecommunications company” but “an intimate part of the Chinese state”.

His comments came as a decision is due to be taken on Huawei by the National Security Council on Tuesday, with reports of a ministerial U-turn.

Sir Richard had been strongly opposed to the government’s plan to allow a limited role for the company in the development of Britain’s next-generation mobile phone network, despite acknowledging it is a “high-risk vendor”.

He stressed the need for the UK to “reset” its entire relationship with Beijing, arguing that as China had become “more aggressive internationally” there was a need for Britain to become “more assertive”.

Asked if Boris Johnson will revisit his decision to allow Huawei a limited role in the UK’s 5G, Sir Richard told Ridge: “That’s certainly my expectation.

“I mean, I don’t have any direct inside knowledge but I think I’m one of the individuals who has been pressing very hard for Huawei to be excluded from the UK’s 5G.”

He added: “The problem is we have had a close relationship with Huawei dating back, I think, to the year 2000, so getting Huawei out of the systems can’t be done rapidly – it will have to be done cumulatively over time.

“But it looks to me now as though the government have changed their view.

“There’s a technical aspect to this because since the American embargo on Huawei was imposed it’s not clear that they’re going to be able anyway to provide the 5G equipment on which the system will depend.

“I’ve always believed that there is a strategic security reason for not allowing the Chinese that degree of involvement in the construction of our critical infrastructure.”

Sir Richard said the relationship between the Chinese state and Huawei was “absolutely clear-cut”.

He said: “Huawei is not a sort of ordinary international telecommunications company, it’s an intimate part of the Chinese state.

“And if you know anything about Chinese military strategy, they talk about the fusion of civil and military capabilities.

“There is a close linkage undoubtedly between the Chinese military capability and Huawei.”

Pressed over whether Beijing could retaliate over any decision taken on Huawei, he said: “I wonder whether they would – as it were – go that far at the moment.

“But of course it is a threat. They have a significant capability in this area and they can probably do it in a manner where although you probably know who the culprit is they could… make it deniable and say ‘oh well it wasn’t us’.

“Of course, it’s a threat and I think we’ve known quite significantly that the Chinese have developed this capability and are prepared to use it.”