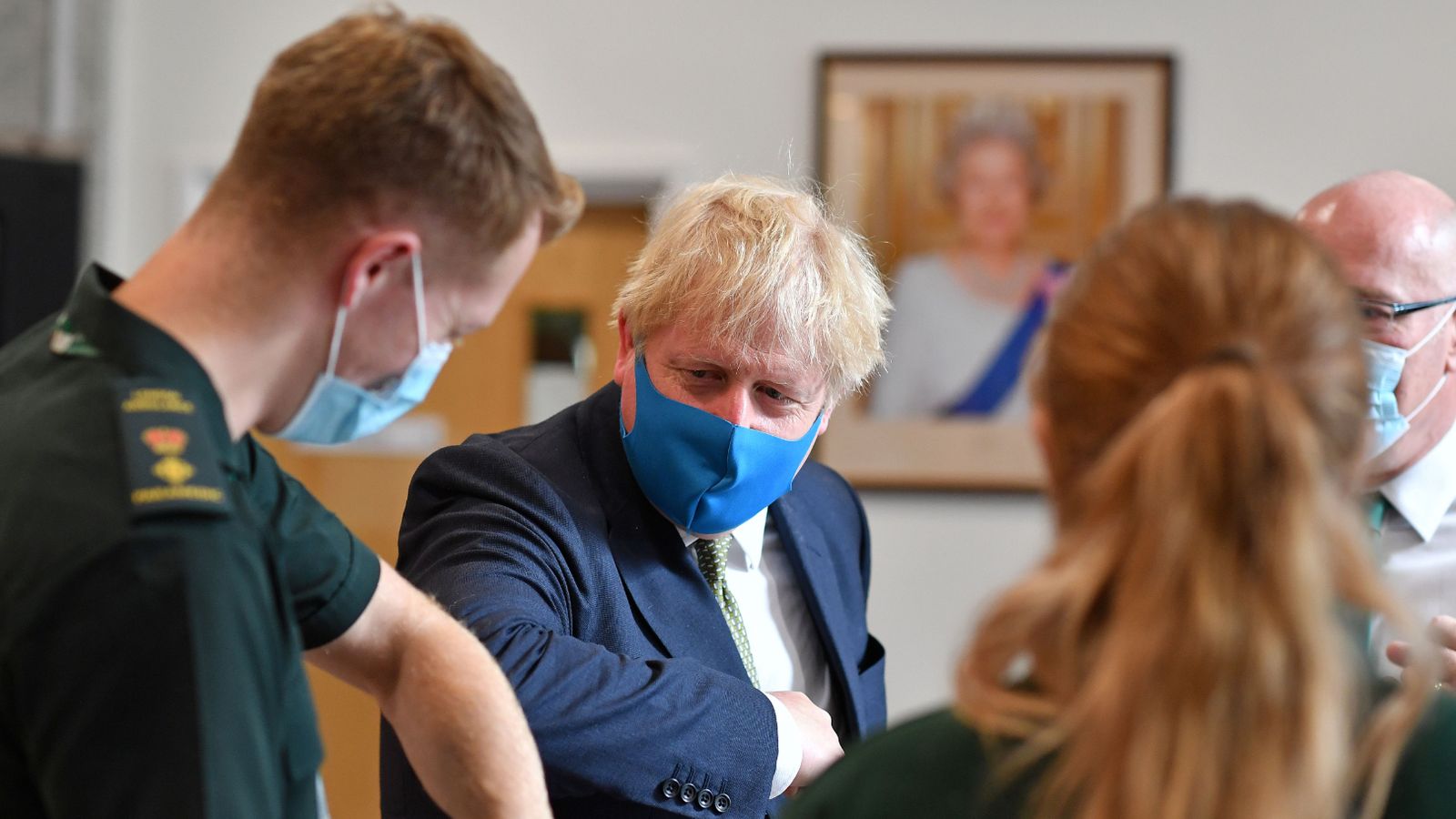 Britons should be wearing masks in shops, with face coverings offering a “great deal of value” in controlling the spread of coronavirus, Boris Johnson has said.

The government has been criticised for offering mixed messages on face coverings, with it mandatory to wear one on public transport in England although not in shops.

But the prime minister on Monday signalled the guidance could change this week after he admitted there had been “growing” evidence of their importance during the COVID-19 pandemic.

“What’s been interesting on the face coverings issue in the last few months is the scientific evaluation of face coverings and their importance in stopping aerosol droplets, that’s been growing.

“So, I do think that in shops it is very important to wear a face covering, if you’re going to be in a confined space and you want to protect other people and to receive protection in turn.

“Yes, face coverings, I think, people should be wearing in shops.

“And, in terms of how we do that, whether we make it mandatory or not, we will be looking at the guidance, we’ll be saying a little bit more in the next few days.”

Mr Johnson added that the government would be looking at “what tools of enforcement” might be introduced to “make progress” on the wearing of face masks.

He described the wearing of a face covering as an “extra insurance that we can all use to stop it [coronavirus] coming back and stop it getting out of control again”.

Currently, official UK government guidance states that evidence around wearing a face covering suggests it “does not protect you” from coronavirus.

But the guidance adds: “If you are infected but have not yet developed symptoms, it may provide some protection for others you come into close contact with.”

In England, Scotland and Northern Ireland, face coverings are mandatory when travelling on public transport.

Face coverings are also mandatory in Scottish shops, although that is not the case in England.

People in Wales will have to wear a face covering on public transport – as well as taxis – from 27 July, First Minister Mark Drakeford announced on Monday.

“The confusion around the use of face coverings and whether they will become mandatory needs to be addressed through a statement from Ministers as a matter of priority,” he wrote.

Mr Ashworth added: “Conflicting advice and conflicting statements from the government only hinder our fight against the virus.

“Clear communication is vital in combatting the spread of COVID-19.

“For the public to know that they are doing the right thing in shops, restaurants and other crowded places, I am asking that you urgently set out the position on face coverings.”

Meanwhile, former Conservative chancellor George Osborne used a column in his Evening Standard newspaper to highlight the low levels of face mask-wearing in the UK compared to other countries.

“On the contrary, we were all paying attention and doing what we were told – by ministers and scientific advisers, who said in March that wearing a mask made no difference.

“Four months later we’re being told that we should wear a mask. But there’s been no attempt to explain why the instructions have changed.

“No minister or scientist has had the courtesy to say ‘we got that one wrong’.”