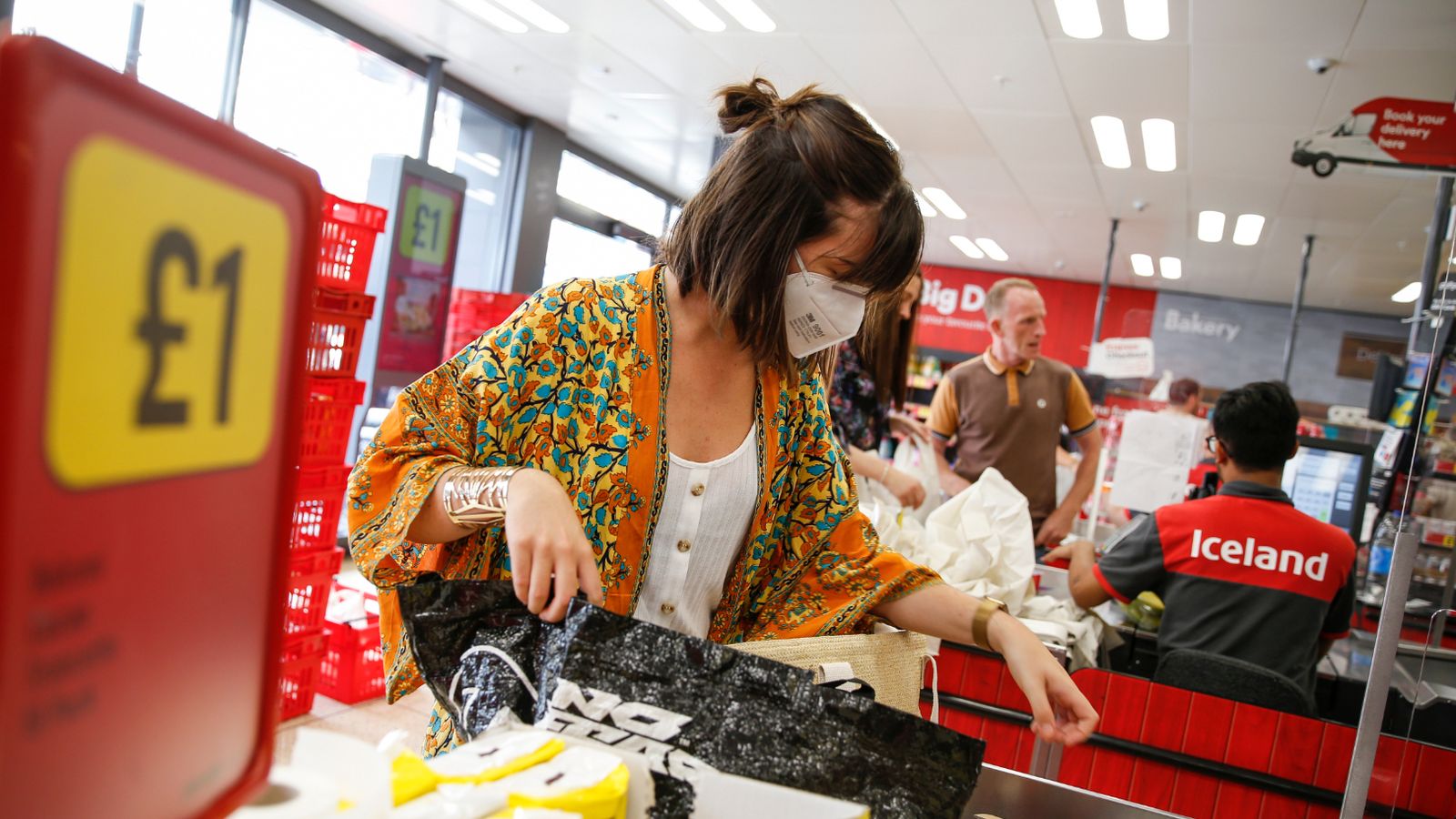 Face coverings must be worn in shops and supermarkets in England from Friday 24 July, Boris Johnson has announced.

Enforcement will be carried out by police – not retail staff – and anyone failing to wear a face covering while shopping will be subject to a fine of up to £100, or £50 if paid within 14 days.

The rules to tackle coronavirus will be the same as those currently applicable on public transport in England, which means children under 11 and people with certain disabilities will be exempt.

The wearing of face coverings became compulsory in Scotland last week and around 120 countries – including Germany, Spain, Italy and Greece – now require coverings to be worn in public places.

Announcing the move, a Number 10 spokesperson said: “There is growing evidence that wearing a face covering in an enclosed space helps protect individuals and those around them from coronavirus.

“The prime minister has been clear that people should be wearing face coverings in shops and we will make this mandatory from July 24.”

The decision, due to be outlined by Health Secretary Matt Hancock in a Commons statement on Tuesday afternoon, follows four days of conflicting statements from ministers and demands from opposition MPs for clarity.

“Given the government’s own guidance issued on 11 May advised in favour of face masks, many will ask why yet again have ministers been slow in making a decision in this pandemic, and why it’ll take another 11 days before these new guidelines to come into force.”

“We can’t afford to wait another day and the government should bring this policy in immediately – further delay risks lives,” he urged.

And the British Chambers of Commerce’s co-executive director Claire Walker said: “Businesses need clarity on the approach to the wearing of face coverings that is consistent and supported by public health evidence.

“Shops and other indoor businesses need to know what the new rules are as soon as possible.

“Updated guidance, including on enforcement, should be issued swiftly so firms can maintain their COVID-secure status and continue their operations successfully.”

In his most recent statement on face coverings, 12 hours before the official confirmation by Number 10, Mr Johnson said: “I think that as throughout this crisis people have shown amazing sensitivity towards other people and understanding of the needs to get the virus down by doing things cooperatively.

“I think wearing masks is one of them. In a confined space what you’re doing is you’re protecting other people from the transmission that you might be giving to other people.

“And they in turn they’re are protecting you. It’s a mutual thing. People do see the value of it.”

But just one day earlier, Michael Gove suggested masks in shops should not be mandatory, saying he believed shoppers should be encouraged to wear them, but he believed in “people’s good sense”.

And Home Secretary Priti Patel was pictured meeting her French counterpart indoors without wearing a mask over the weekend – despite being seen wearing one speaking to him outdoors on the same day – sparking claims ministers were sending mixed messages.

Since 11 May, government guidance has advised the public to wear face coverings in enclosed public spaces, where they may come into contact with people they would not usually meet.

The use of face coverings became mandatory on public transport in England from 15 June.

Although Mr Hancock will confirm that the government guidance will be updated to make the wearing of face coverings in shops and supermarkets compulsory, he will say that guidance for other settings will be kept under review.

Regulations will be made under the Public Health (Control of Disease) Act 1984. While shop employees should encourage compliance, the government said retailers and businesses will not be expected to enforce the policy.