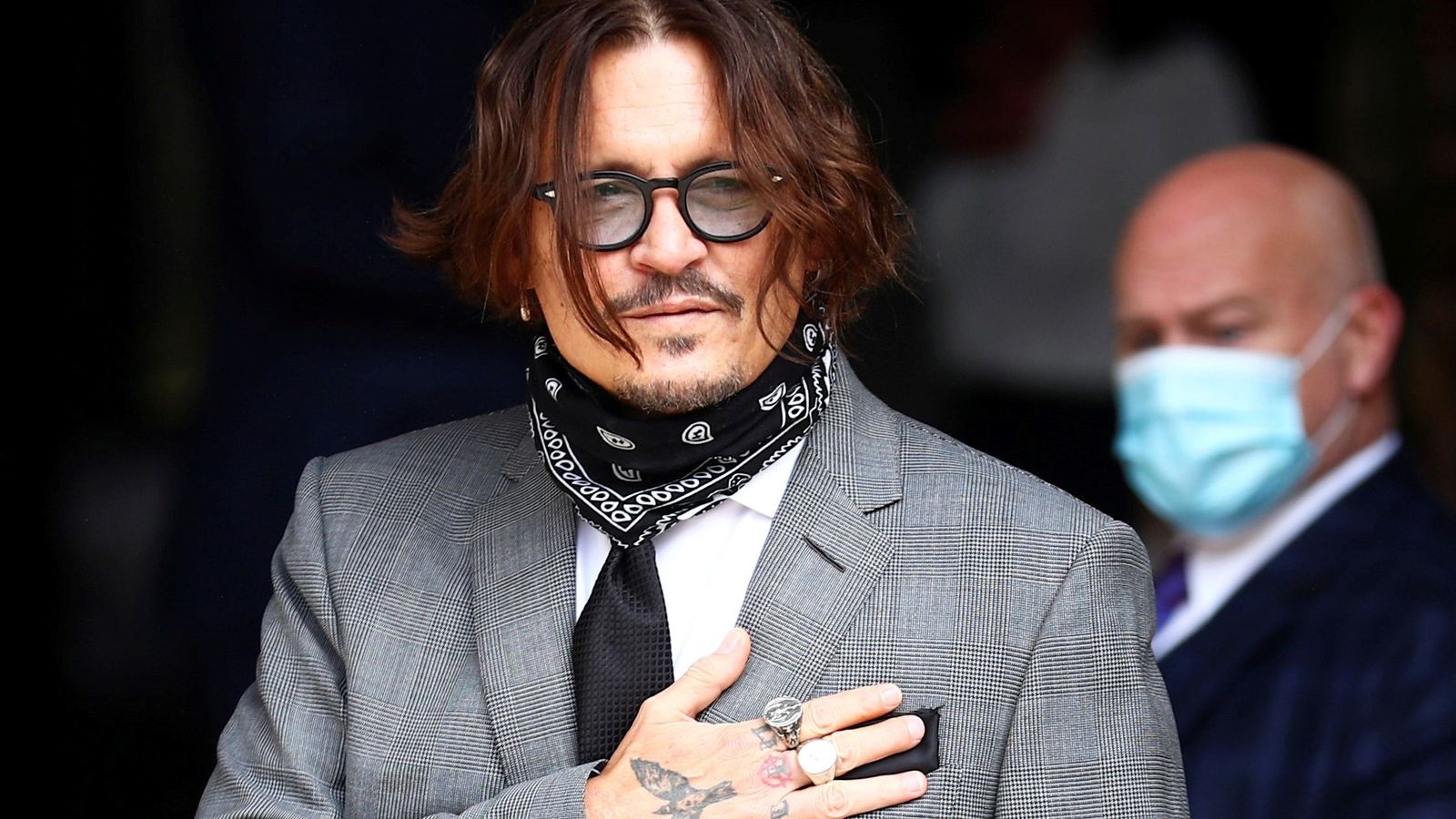 On his final day of giving evidence at his libel case against The Sun, the actor denied being violent towards ex-wife Amber Heard during their honeymoon, at Thanksgiving and after her 30th birthday party.

As he has done throughout the trial, Depp accused Heard of being “the aggressor” – and told the court details of a “bad meeting” about his finances which took place before the birthday party in April 2016.

The star’s barrister, David Sherborne, brought up an alleged argument at the couple’s LA penthouse.

“I was in the early stage of learning from my recently acquired new business manager that the former business managers had [taken] quite a lot of my money,” the actor told the court. “They had stolen my money.”

Mr Sherborne asked: “How much money had they taken from you?”

Depp responded: “It was put to me this way, because I had no idea about money or amounts of money.

“Since Pirates (Of The Caribbean) 2 and 3, I had – and this is ludicrous to have to state, it’s quite embarrassing – apparently I had made 650 million US dollars (£510m) and when I sacked them, for the right reasons, I had not only lost 650 million dollars, but I was 100 million dollars in the hole because they (the previous business managers) had not paid the government my taxes for 17 years.”

The court also heard that Depp contracted a superbug after his finger was severed in an incident in Australia in March 2015, which the actor has already been questioned about during the hearing.

The star said he “ended up getting MRSA” after having surgery to put a pin in a broken bone in his finger, with the injury occurring, he says, after Heard threw a bottle at him. She denies this claim.

Depp denied an alleged incident of domestic violence against Heard after they returned from Australia, saying he would not have been able to attack her because he was wearing a cast with “a little dinosaur” on it at the time.

He said he had decided that if he was going to have to wear one he should have the children’s “wraparound” on it as it was “more fun”.

Depp was said to have grabbed Heard by the hair with one hand and hit her “repeatedly in the head with the other”.

His lawyer said: “And with that cast on, would you have been able to grab her hair with one hand and punch her repeatedly with the other?”

After more than four intense days on the witness stand, Depp has now finished giving evidence.

The actor, 57, is suing The Sun’s publisher News Group Newspapers (NGN) and its executive editor Dan Wootton over an article published in April 2018, which labelled him a “wife beater”. NGN is defending the article as true.

He is accused of attacking Heard, 34, throughout their relationship, which has been described as “a crime scene waiting to happen” in court.

Depp strenuously denies all allegations against him and has said numerous times throughout the hearing that Heard was violent towards him and was compiling a “dossier” against him.

The actor has been questioned about 14 alleged incidents of domestic violence, as well as his Hollywood lifestyle, past relationships with stars including Vanessa Paradis, Winona Ryder and Kate Moss – with Paradis and Ryder set to give evidence this week – and his well-documented use of drink and drugs.