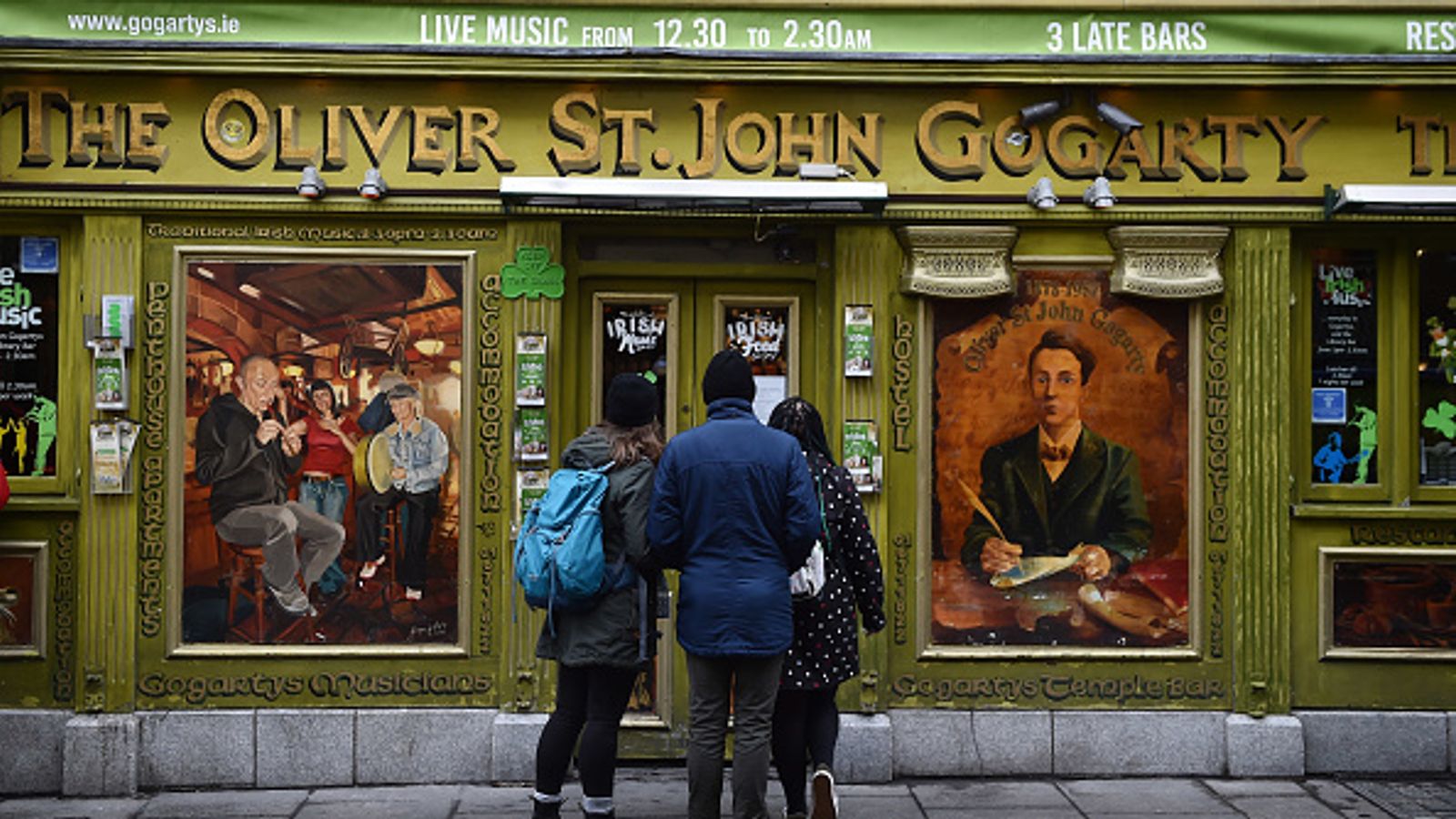 Ireland may bring in tougher measures to ensure people stick to quarantine rules after reports of US travellers hitting the tourist trail hours after landing.

The 14-day period was introduced in April, and in May travellers were required to give the address where they are isolating.

But over the weekend there was anger on Twitter after pub, hotel and restaurants owners said they had turned away US tourists after finding out they had not quarantined.

Ireland is one of the few European countries that Americans are currently allowed to visit – but many US states have recently seen a worrying surge in cases.

“We refused a group of Americans yesterday who admitted that they had just flown in,” tweeted the King’s Head pub in Galway.

“We had to turn away 2 Americans for dinner last week. They were renting a house in the area and had flown straight in from Denver,” posted Gregans Castle Hotel in County Clare.

“We have no way of knowing if they just arrived and should be self-quarantining. Staff very uncomfortable. We need a decision on this particularly if people are coming from places with high cases.”

A tour firm’s tweet saying they had cancelled a booking also went viral.

The E-Whizz bike rental firm posted: “I know we are in tourism but I’m just not willing to risk it for staff and other guests. These people are in the country and socialising.”

Had to cancel guests booked on guided tour today who just arrived from the US and didn’t think 14 days self isolation was ‘mandatory’. I know we are in tourism but I’m just not willing to risk it for staff and other guests. These people are in the country and socialising

The reports caused fury among some who have been sticking to the rules and staying inside.

“My blood is boiling,” tweeted @oceanofwishes.

“For 4 over months I’ve cocooned, not seen family or friends. Now Americans who have no regard for anyone can travel freely but I will have to continue restricting my movements to feel safe, is that right?”

My blood is boiling. For 4 over months I’ve cocooned, not seen family or friends. Now Americans who have no regard for anyone can travel freely but I will have to continue restricting my movements to feel safe, is that right @DonnellyStephen @hpscireland ?

“I’m.so.annoyed over this,” tweeted Irene O’Neill.

“We all have stayed in for months and these people just arrive! I am disgusted and from now on I will not obey any rules!!!”

Government rules tell all travellers arriving from abroad – including Irish citizens – to stay indoors and avoid contact with other people and social situations “as much as possible”.

Ireland’s tourism minister has admitted “there’s work to be done” and the country is now planning to move to a system where data is electronically captured from airlines and ferry operators.

“The cabinet will be discussing measures this week that may be needed, such as strengthening measures at airports, ahead of issuing a possible green list of countries,” Catherine Martin told the Newstalk radio station.

The list is due to be published on 20 July, with people from certain countries with a low number of cases and good management of the virus being exempt from quarantine.

“It’s a really dangerous situation because that system does not distinguish between safe countries and countries like the
US,” said Roisin Shortall, leader of the Social Democrats party.

The government is also planning to ramp up its call-back and symptom-checking service.

However, British travellers are among those who must still quarantine when entering Ireland.