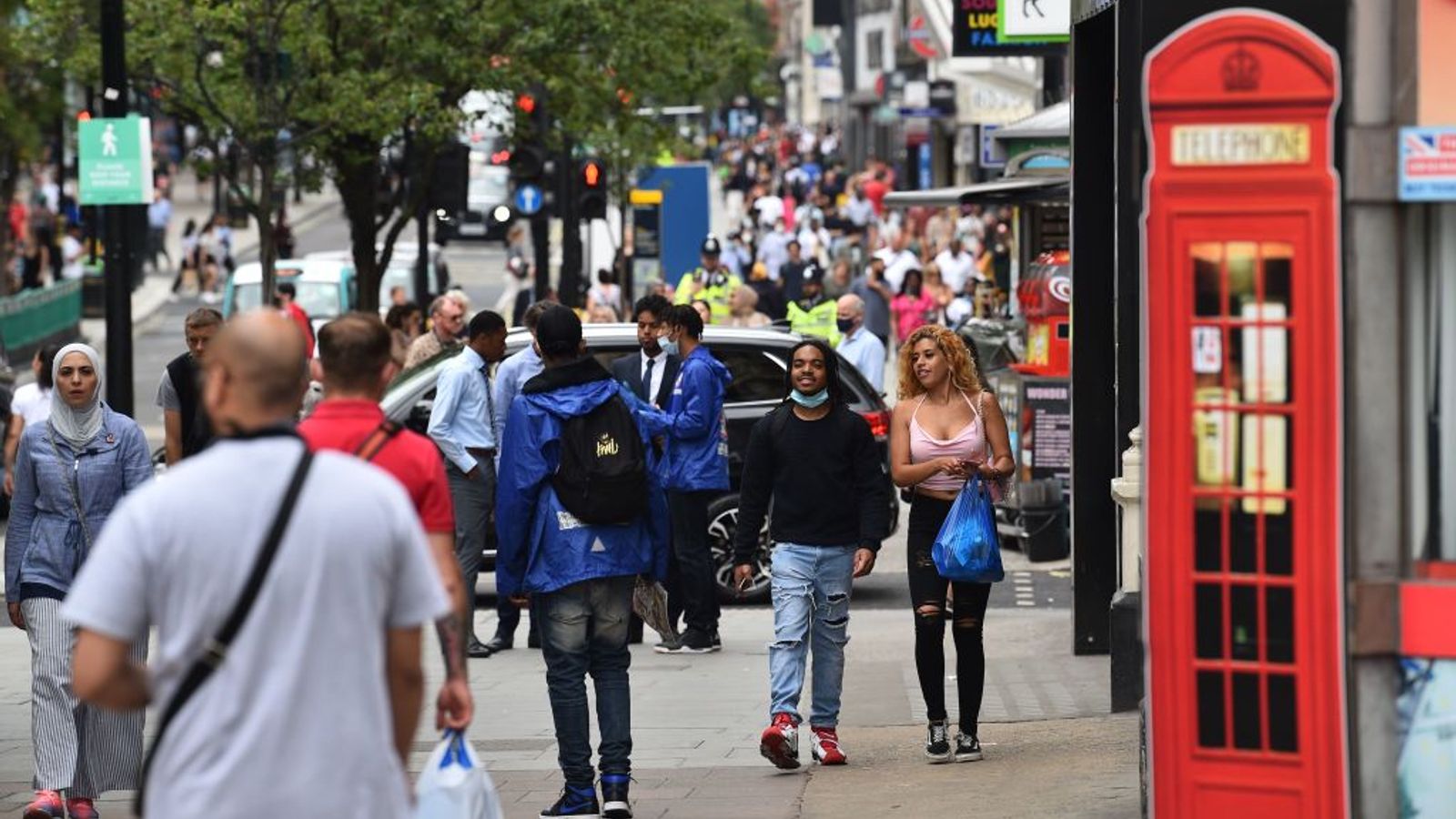 Coronavirus infections could grow “out of control” in the UK with a second spike leading to 120,000 deaths in a “reasonable worst-case scenario”, ministers have been warned.

The forecast counts the number of people who could die in hospitals before next June and comes from a report commissioned by Sir Patrick Vallance, the government’s chief scientific adviser, released by the Academy of Medical Sciences.

It suggests a second spike could be more serious than the first, with the R rate – the average number of people someone with COVID-19 passes the virus on to – rising to 1.7 from September.

A rising R number would likely see the UK go back into lockdown, given ministers have warned they will reimpose emergency measures if the R rate rises above one.

The 37 scientists and academics behind the report said the peak in hospital admissions and deaths could come in January and February 2021.

Their startling research does not include deaths in the community or care homes – or take into account any extra interventions by the government.

Professor Azra Ghani, an infectious disease epidemiologist from Imperial College London who worked on the report, told Sky News the findings are “not a prediction” but a “worst-case scenario” that could see the coronavirus outbreak grow “out of control”.

“As we move into winter, the weather gets worse, people stay indoors more, windows aren’t open so the likelihood of transmission does of course increase,” she said.

“We also have all sorts of other pressures on the NHS that increase during the winter and therefore extra admissions into hospitals.

“It’s all of these things coupled together that could cause this worst-case scenario. We need the systems to be up and running by September.”

Professor Stephen Holgate, a Medical Research Council clinical professor of immunopharmacology who led the study, suggested the risk of the country being hit so hard “could be reduced if we take action immediately”.

He called for flu vaccinations for the vulnerable and health and social care workers and upscaling of the “test and trace” programme to ensure a “rapid system of monitoring” to stop local outbreaks.

Richard Vautrey, a GP who chairs the British Medical Association’s general practitioners committee, said NHS staff are “very tired” having worked “extremely hard” to battle the pandemic, but are gearing up for a winter that could be “extremely difficult to cope with”.

He urged politicians to get the “necessary funding in place”, ensure there are enough stocks of personal protective equipment (PPE) and ramp up the test and trace system.

A government spokesperson said the report “represents a worst-case scenario based on no government action, and makes clear this isn’t a prediction”.

They added: “Thanks to the nation’s collective efforts, the virus is being brought under control.

“However we remain vigilant and the government will ensure the necessary resources are in place to avoid a second peak that would overwhelm our NHS.

“This includes extensive winter planning to protect the NHS and care sector, further expanding our large-scale testing capacity, contacting thousands through NHS test and trace, working intensively on new treatments and delivering billions of items of PPE to protect our health and social care workers.”

Labour warned in response that a second spike of coronavirus cases could be “catastrophic”.

Shadow health secretary Jon Ashworth called for the health and social care sectors to “receive the funding needed to prepare for winter alongside a mass roll out of a flu vaccine including the over-50s and most vulnerable to help keep everyone as well as possible”.

Health Secretary Matt Hancock has insisted he has procured enough flu vaccine to roll out the “biggest flu vaccine programme in history”.

And the government has announced it is following the lead of around 120 other countries including Scotland by making face masks in shops in England mandatory from Friday 24 July.

The “reasonable worst-case planning scenario” agreed by the government’s advisory group SAGE found on 29 March a first peak could see as many as 50,000 deaths.

So far the government says 44,830 people have died in all settings, including hospitals, care homes and the wider community.

But the Office for National Statistics’ latest release said the figure is in fact 50,219 just in England and Wales up to 26 June (and registered by 4 July).