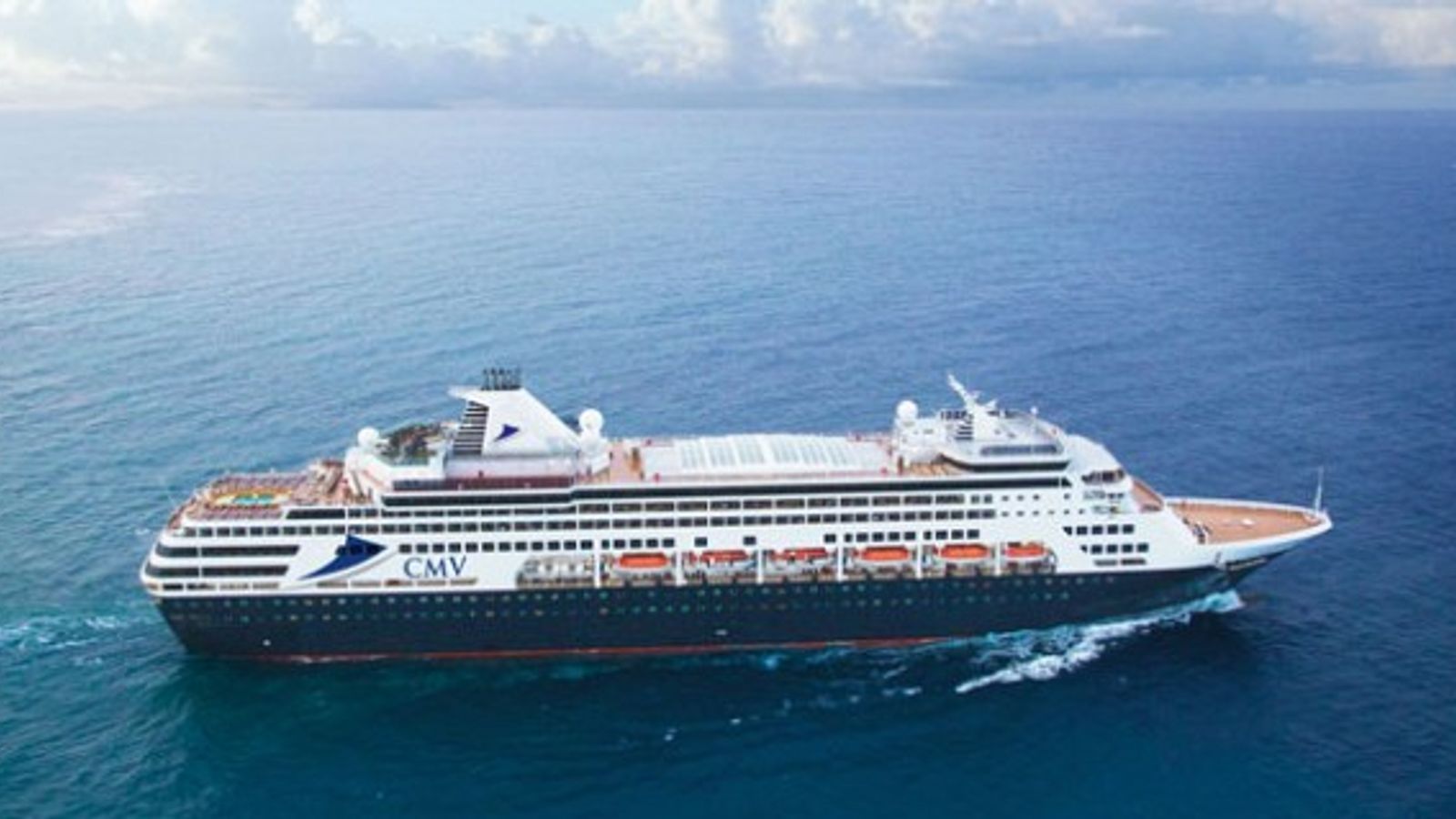 A British-based cruise operator which has been at the centre of a repatriation row involving hundreds of crew is in eleventh-hour talks with potential investors in a desperate bid to stay afloat.

Sky News has learnt that Cruise & Maritime Voyages (CMV), which employs about 4,000 people, is in talks with VGO Capital Management, a special situations investor with expertise in the shipping industry, about a possible rescue deal.

Sources said that an insolvency filing was possible as soon as this week if the talks fail to progress satisfactorily.

The talks, which have been taking place for several weeks, come as CMV attempts to secure a funding package to steer it through what threatens to be a protracted shutdown of its operations.

A CMV spokesman said on Tuesday: “Financing discussions involving several parties are still ongoing and we are not prepared to make any further comment at this time.”

CMV, which is based in Essex, counts the Columbus and Marco Polo among its fleet of ships, five of which were detained by the Maritime and Coastguard Agency (MCA) last month following complaints about late pay and expired contracts.

Some crew members from India and other countries in Asia had been on-board for more than the legal limit of 11 months, but were unable to fly home because of international travel restrictions arising from the COVID-19 crisis.

The MCA said last month: “Surveyors found a number of expired and invalid seafarers employment agreements, late payment of wages and crews who had been on board for over 12 months.

“All these are in breach of the Maritime Labour Convention and the ships have been detained for that reason.”

At the time, a CMV spokesman was quoted as saying that the regulatory breaches were the consequence of an “unprecedented emerging humanitarian issue”.

Cruise line operators have been dealt a further blow by continued guidance from the UK government which looks likely to curtail the industry’s revival.

The details of any investment by VGO Capital Management were unclear on Tuesday.

The cruise operator’s search for new funding was extended after an earlier deal involving Novalpina Capital, a private equity firm, fell apart when Barclays decided not to offer a state-backed loan to CMV.

Cruise lines have seen their business decimated by the pandemic, with uncertain prospects for a recovery because of continued restrictions and the barrage of negative publicity that hit the industry when the initial outbreak spread earlier this year.

Carnival Corporation, which is one of the industry’s largest players, has raised billions of dollars of additional liquidity to help it survive COVID-19.

In February, Carnival’s Diamond Princess ship became the epicentre of fears about the cruise industry’s ability to safely navigate the crisis, with 13 of its passengers dying after contracting COVID-19.

Cunard, which is owned by Carnival, has said it would cancel all cruises due to embark before 1 November.

Virgin Voyages, which is backed by Sir Richard Branson, has also been forced to delay the launch of its services.

CMV, which has hundreds of head office and sales staff and thousands of crew on its ships, borrowed about €60m (£54m) from Macquarie, the Australian bank, as recently as February.

People close to Macquarie have indicated that it provided further support to the company by waiving interest payments and advancing additional funds to support salary payments to crew and repatriation efforts.

Either AlixPartners or Duff & Phelps are expected to oversee any insolvency process if one becomes necessary.